The sound of Pride 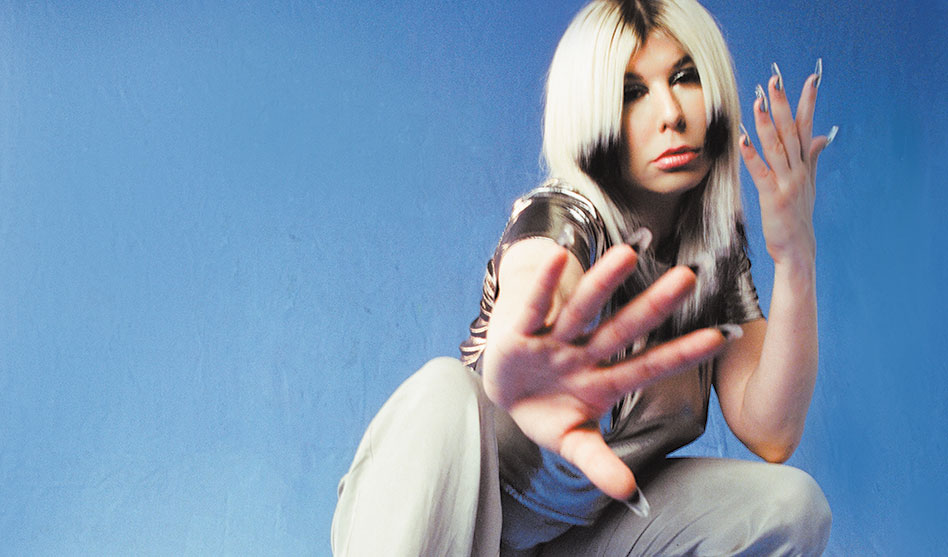 These queer artists dropped music this month for your Pride playlist

Well Beyonce had to go and drop a new song to eclipse any and everything in music right now, but even she got a little Pride in. Her new single “Break My Soul” features vocals by queer bounce artist Big Freedia.

This year’s Pride has not been short on new music offerings by LGBTQ artists. From queer legends to hometown talent, these artists are giving Pride its own soundtrack this year. Pride month may almost be over, but these tunes will keep on serving.

Mary Gauthier: Dark Enough to See the Stars
Earlier this month, this lesbian icon dropped her newest album, an emotional and heartfelt offering filled with both sadness and love, with songs that both mourn the loss of friends and celebrate the joy of new love and personal contentment. The Grammy-nominated singer dives deep with such tracks as “How Could You Be Gone” and the opening “Fall Apart World.” She may not drop sick beats for Pride, but she reminds that Pride is also about speaking your truth unapologetically.
MaryGauthier.com

Todrick Hall: Algorhythm
Whether Hall is recovering from his bad Celebrity Big Brother press or not, this June release definitely helps us to forget all that mess. Touted as Hall’s trip to the ’80s — even right down to the Janet Jackson Control cover art — Hall takes a break from his usual frenetic, high energy tracks to deliver his most soulful release of music. But he still keeps the irreverence with songs like “Sorry Barbie” and “Pre-Madonna.” He goes full Pride though with “Gay Excellence,” the perfect anthem for the month.

“Algorhythm is an ’80s inspired record that, while still being on brand with my most popular work, reveals a side of my voice I have never accessed in my previous music. I want this album to get back to good traditional music — no gimmicks, no smoke and mirrors, just great music, beats and rhythms,” he said in a press release. “My goal is not to create a replica of ’80s music but an evolution of my music infused with ’80s nostalgic instrumentation.”
TodrickHall.com 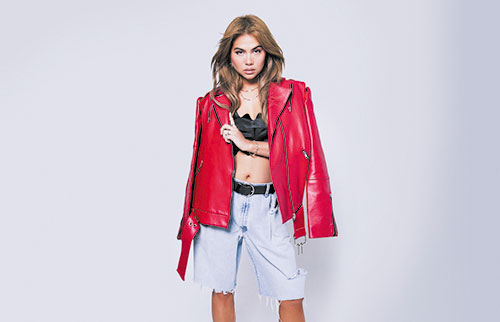 Hayley Kiyoko: For the Girls
The lesbian pop singer previewed her sophomore album Panormama with this sexy new single and video that’s a “queer parody of America’s favorite dating show,” riffing on The Bachelor/Bachelorette.

“I love being a woman, and women have always been a massive influence on my life,” Kiyoko said in a promo email. “For The Girls is an anthem celebrating that love, highlighting our strength, beauty and vulnerability. The music video is meant to reflect that celebration with a sense of humor and an expansive take on whose romantic story gets told. It was so much fun to direct, especially since it’s a nod to one of my favorite reality shows of all time. I wanted the music video to give representation to all of us searching for love while not taking ourselves too seriously. Being surrounded by queer people of many different gender identities and making art that feels relevant to us was the greatest gift. It was a reminder of how resilient this community is and how strong and confident we feel being our authentic selves together. No matter how you identify or who you love, I hope this summer bop makes you feel sexy and empowered.”

She performs in Dallas Sept. 4, opening for Lauv at the Pavilion at Toyota Music Factory.
HayleyKiyokoOfficial.com

Layke: No One Can Stop Us
Hailing from Dallas, Layke dropped this new single in early June as a preview to her forthcoming EP Frequency out in July. The bi/pansexual singer says she often felt like an outsider growing up in her conservative home, and now she writes bangers like this with a fabulously queer video filled with gender-diverse dancers that embrace the singer into the fold.

From YouTube: “Layke’s latest body of work is an ultra-vivid and intensely personal portrait of the strange duality of modern times. Running the gamut from emotional chaos to unbridled joy, and intimately documenting her struggles with anxiety, Layke ecstatically celebrates her place in the queer community and infectiously empowers every listener to do the same. Experimenting with an enormous range of analog electronic gear and infusing elements of classic electro-pop and transcendent ethereal textures, her delicate yet undeniably potent pieces present a powerful vision for a more open-hearted world.”
LaykeOfficial.com

MIKA: “YO YO”
MIKA returns with this catchy single ahead of new music “coming soon.” He delivers some infectious dance beats along with a fun, sexy video for the song. He first performed the single at the Eurovision Finale in May.

“I wanted to write a song that could make you cry and dance at the same time,” MIKA said in a press release, “a song to make the world, in all its harshness, feel better, something that will always be there to comfort you. I wrote this for you, as you listen in your room, or in a club. It doesn’t matter; it’s just about you.”

Oscar and the Wolf: “Afterglow”
The openly queer Max Colombie hails from Belgium and, under this moniker, has been dropping gorgeous pop music for more than a decade now. Afterglow, which they dropped in mid-June, continues their stellar reputation. They mix lush beats with beautiful songwriting to create some deep moods. “Dancing Machine” isn’t the bop you’d expect, but it’s vibe is irresistible, and then they flip the script on the melancholic “Ghost of You” and the super-sexy “Nostalgic Bitch.”
OscarAndTheWolf.com

Allison Ponthier: Shaking Hands with Elvis
In a short time, this Dallas-area native has been making quite an impression on the indie music scene. She released her debut EP Faking My Own Death last August. Since then, she’s released a number of high-concept camp art videos, toured with Lord Huron and Bleachers, talked with Elton John on his podcast and was featured in Vogue. Ponthier returned with this second EP that has her trying on new , sounds against her usual chilled vibe, like in the introspective “Hardcore” or the quirky “Auto Pilot.” There’s nary a miss on the new EP, but a highlight is Ponthier’s catchy epic “Hollywood Forever Cemetery.”

Now based in New York, Ponthier has kept North Texas close, mostly by raising money for Dallas Hope Charities through her Instagram lives and her most recent (and first) Dallas show earlier this month. She plays tonight at AT&T’s Turn Up the Love event.
AllisonPonthier.com 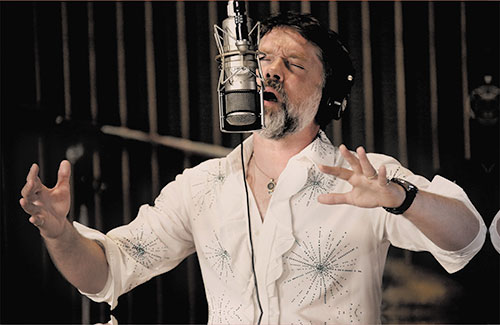 Rufus Wainwright: Rufus Does Judy at Capitol Studios
Released for Judy Garland’s 100th birthday, which is pretty parallel to Pride, gay singer Wainwright dropped this all-new recording of this concert studio performance that features a duet of “Happy Days Are Here Again/Get Happy” with Broadway queen Kristin Chenoweth. The album is not only a showcase of his genuine love of Judy, but also a collection of standards by the Gershwins, Irving Berlin, Noel Coward and more.
RufusWainwright.com

Other notable releases by LGBTQ+ artists:
Lorelei K: Swimming Pool Eternity. Although the North Texas-based band dropped this in March, they connected with local audiences at this year’s Dallas Pride in Fair Park led by trans singer Dahlia Knowles.