The songs of Bernadette 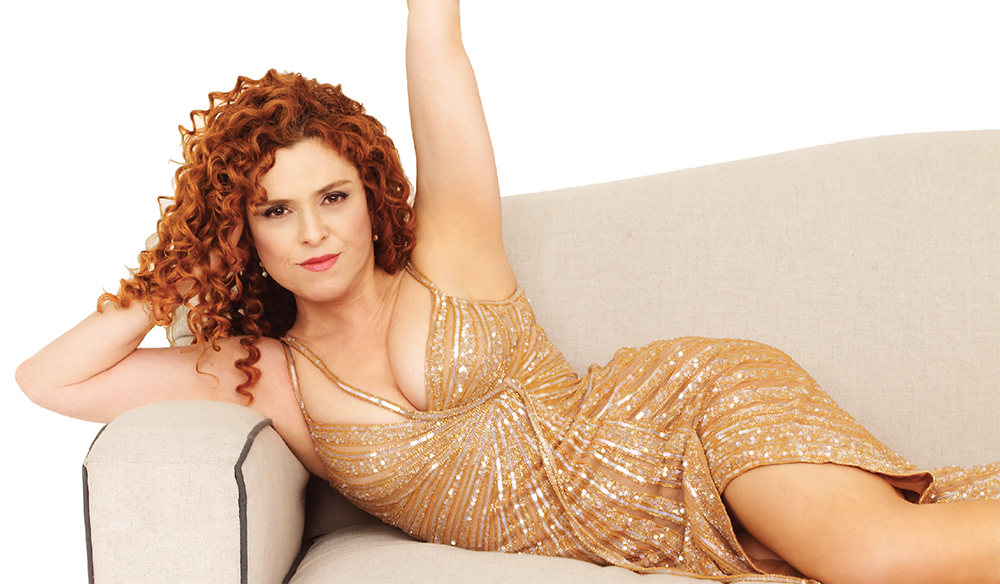 My conversation with Bernadette Peters begins with me mentioning that the last time we spoke for a story was almost exactly 12 years ago, also when she was coming to town for a concert at the Meyerson Symphony Center.

“Well, we’ll have to do it again in another 12 years!” she chirps in. “I plan to still be singing then.”

Somehow, that seems entirely possible. After all, this is a performer who started onstage at the age of 3 (“three-and-half,” she corrects, as if to imply she shouldn’t be given undue credit for precociousness). The suggestion that by the time she reaches her 80s she would still be belting out showtunes to rapt audiences doesn’t seem far-fetched at all. Bernadette Peters was born to be in front of an audience.

Still, a concert schedule is one thing; touring in a show? No thank you. She famously has not done it — at least, not since she became a star.

“When I was 13 years old, I was on tour with the second national company of Gypsy. It’s very, very hard — traveling, performing… and promoting! I remember I was somewhere in the Midwest doing a morning talk show and performing a song from the show, and there was Carol Channing, [on the same show] promoting Hello Dolly. And I thought, ‘How the hell does she do it?’ Up early for [TV], then a performance that night… So I did it once and I don’t ever want to do it again.”

Not that she needs to. After more than a dozen Broadway shows — including originating the roles of The Witch in Into the Woods and Dot/Marie in Sunday in the Park with George, and starring in acclaimed revivals like Gypsy, Follies, A Little Night Music, Annie Get Your Gun and most recently Hello, Dolly! (taking home three Tony Awards in the process) — Peters has earned the right to pace herself. Nevertheless, she still gets great joy out of bringing her concert show to cities across the U.S.

“What’s nice, which I have learned from my concerts, is when you go to places [around the country] there are people who never get to see Broadway performances and are so appreciative. Especially when they have a theater arts program [at a local college], it’s really a treat. So coming back to Dallas is great — the audiences are very receptive. And there’s nothing like the Meyerson. I usually stay for three performances and get to be with great musicians. The acoustics are amazing, and I bring my own sound people, so they love being in a beautiful hall. The hall is so alive and vibrant. I have really wonderful orchestrations, and the audience gets to appreciate the music and the songs but also what I’m saying.”

Another advantage of a concert over a musical is Peters being able to curate what she sings.

“I choose my songs carefully. I do ‘Fever,’ I do ‘Nothing Like a Dame,’ which is usually a man’s song, but I sing it anyway. And I’ve added two songs from Hello, Dolly — I had no idea I was gonna love that show so much. What a fabulous show it is — beautifully constructed.” (She waxes fondly about the show’s composer, Jerry Herman, who passed away the day after Christmas.)

“I do have an arc to the show. You want to sing something that [engages the audience]. You can do that in so many ways — you can be fun, lighthearted, serious. I’m there to connect with a song and hoping that they connect with it, too.  I know I’m there to entertain. Hopefully, I take the audience on a journey. I’m not out there singing to hear my voice.”

Peters is the only one who’s not there “just to hear the sound of her voice.” Although she’s appeared extensively on television and film, often in comedic or dramatic roles, it is for her work in Broadway musicals that Peters is most rabidly fan-boyed over.

“There are different worlds of people who know me,” she notes. Sunday in the Park with George and Into the Woods were both recorded for PBS and you can buy the DVDs;  some theater teachers will show those [discs] to their classes, so there are people who have grown up watching the videos.”

Nevertheless, her fans will often be surprised by some of the choices she makes for her concert repertoire — yes, she does “In Buddy’s Eyes” which her character in Follies sings, but for Into the Woods it’s not “Last Midnight” or “Children Will Listen” or other numbers she performed as The Witch, but “No One Is Alone,” which she would hear other people sing and which stuck with her.

What draws her to any given song “is a curious thing,” she says. “Years ago, when I first started out [doing concerts], songs used to come into my head — a lot of Irving Berlin, though that hadn’t happened to me in a while, though it is happening again. Then I went to a time where I did a lot of Stephen Sondheim, and I stayed there for quite a while — I’m still doing it. And then Rodgers & Hammerstein [she recorded an album of R&H standards in 2002]. But lately my mind seems to be hearing other things. I think life just moves you along. But you have to really want to do it. I have to connect to it. If I can’t connect to it, what’s the point?”  █