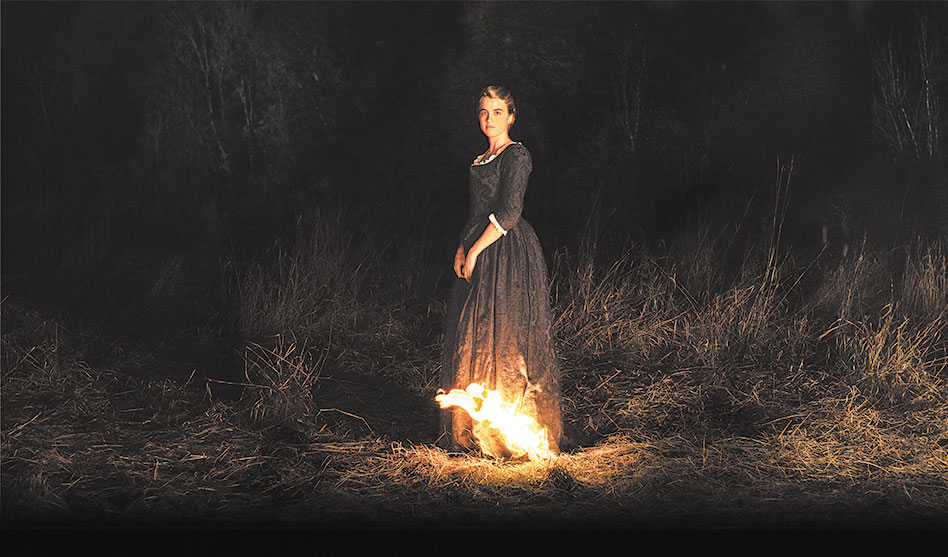 ‘Portrait of a Lady on Fire,’ above, gorgeously explores a same-sex romance.

Despite an abortive summer of moviegoing, 2020 has produced some excellent feature films. Seek them out

As the pandemic loomed back in March, Hollywood hedged its bets and postponed many of its big tent-pole movies, bumping them a few weeks or months until the little hiccup that would be a virus was over. Then movie theaters nationwide closed entirely. On March 8, the weekend box office take was $100 million; last weekend, it was $11,000. Still, Sony planned for its prestige summer pic — Christopher Nolan’s Tenet — to open on time… i.e., July 17.

Then the studio blinked.

The movie industry hasn’t bounced back yet, though Tenet (as well as Disney’s live-action Mulan) are presently slated to open some time next month. But we are still halfway through the year, when we’d normally be taking a look back at the cinema landscape so far (and to come). And the truth is, there have been some good movies that had theatrical runs in 2020. (Other films, pushed to streaming services though still considered feature releases for Oscar purposes — such as Netflix’s Spike Lee picture Da 5 Bloods — are not included.) So here it is: Our mid-year retrospective on the best movies released so far (listed in alphabetical order)… and look for reviews of theatrical releases Tenet, Mulan and more when things normalize! 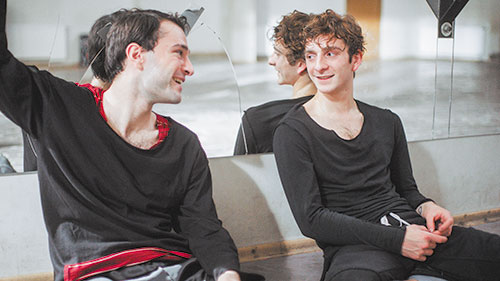 The Georgian drama ‘And Then We Danced’, pits cultural norms against sexual desire;

And Then We Danced. Writer-director Levan Akin’s same-sex romance is groundbreaking in its cultural setting (the nation of Georgia, known for its homophobia and persecution of sexuality), but a common story in the West: A meet-cute story of sexual awakening in the face of repression. If it feels familiar, it’s also excellently executed. Dance is a reliable medium for conveying physicality, longing and desire, and those scenes are full of chemistry.

The Burnt Orange Heresy. The last film I personally screened in an indoor theater, just 24 hours before the shutdown, hasn’t officially opened in Dallas yet, but did receive limited release elsewhere. Seek it out when it becomes available. Based on Charles Willeford’s insidiously smart detective novel about the art world — one of the best examples of genre fiction in the last half-century — it captures Willeford’s hard-boiled sensibility but also the aching irony of the best literature.

Corpus Christi. An ex-con reports to work at a sawmill in a small town in Poland but by happenstance is mistaken for the new parish priest and accedes to the deception. A nominee for best international film at the Oscars earlier this year, this drama delves through layers of Polish history in a style reminiscent of an American Western.

Human Nature. Another near-miss in Dallas theaters, its opening was curtailed. But this documentary — which debuted at SXSW in 2019 and finally received a distributor — tackles the arcane topic of genetic engineers via CRISPR, a DNA-editing tool that can tailor our genes… but to what end? 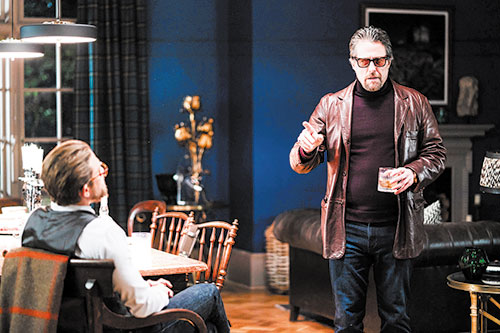 Hugh Grant, plays a sly gay mobster in ‘The Gentlemen;’

The Gentlemen. Guy Ritchie is like Michael Bay with talent: A director of flamboyant visual flourishes and a narrative attack that often demands your full attention. This heisty mob movie, with its labyrinthine story structure, toys with homoeroticism (a great performance by Hugh Grant) and delivered the year’s first statement picture back in January, and its effect lingers still.

The Invisible Man. What could come off as a mere sci-fi horror film about an unseen entity terrorizing Elizabeth Moss becomes, in the #MeToo era, a powerful metaphor: a woman abused by a powerful man, but nobody believes her. There are a number of legit jump scares, plus a raw performance by Moss as the victim who won’t be victimized anymore.

Portrait of a Lady on Fire. Oozing Gothic mystery and clandestine sexual tension, this period romantic drama about a female artist tasked with painting the portrait of an unwilling bride-to-be is as concerned with the artistic temperament as it is telling the story of a tentative love affair. The remote, wind-battered setting has been a sure-fire one since the days of the Bronte sisters and Henry James, but writer-director Celine Sciamma incisively uses her camera to paint her own images as seductively as Vermeer or Rembrandt. It’s as ravishing as its subject matter.

Saint Frances. A comedy about abortion might sound like a disaster, but this smart feminist take on adulting, in which an immature 30-something is forced to grow up when she becomes nanny for a lesbian couple’s precocious 6-year-old, injected a quirky point of view into a universe of same-old/same-old stories about the millennial generation.

The Vast of Night. This locally-shot indie — the first film I have screened at a drive-in theater in decades — takes place roughly in real time on a dark night in the 1950s. What is the strange noise detected on the airwaves? Low on budget and effects, but high on atmosphere and dialogue, this thoughtful movie about aliens is the closest encounter since Arrival to metaphysical sci-fi. 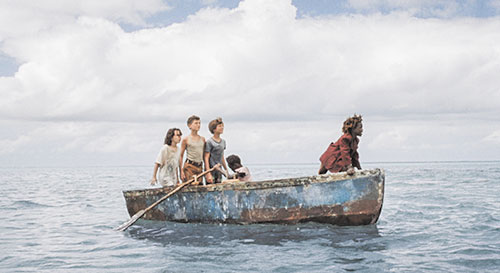 Wendy. Director Behn Zeitlin’s second feature (after Beasts of the Southern Wild) is a modernist take on Peter Pan, which actually dissuaded me at first, but his take is so fresh and unsentimental that it breathes unexpected life into this warhorse of a fable. I do believe, Behn!