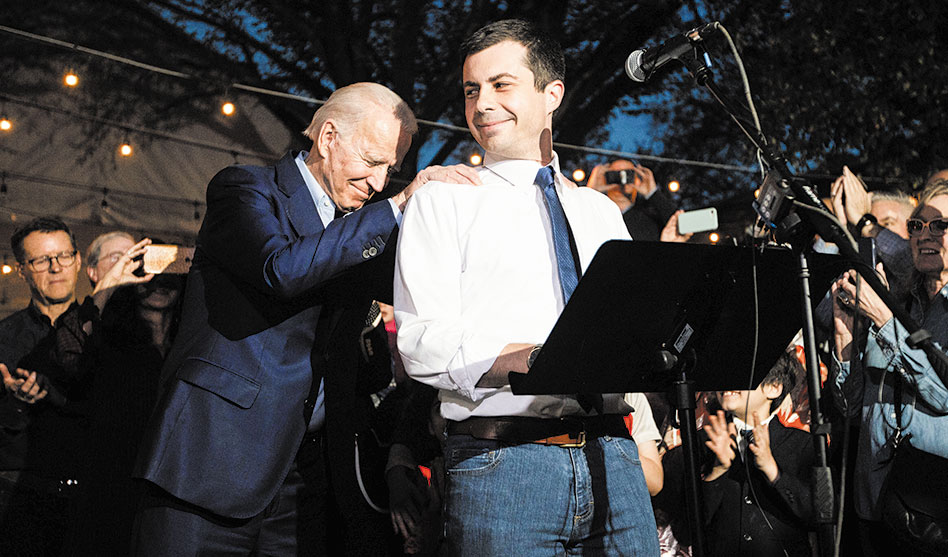 Lesbian, gay, bisexual and transgender people came out this week — to vote in the presidential primaries, that is.

A third of LGBT Election Day voters are younger than 30 years old, while 65 percent of the LGBT voters today are under 45, the NBC report noted. About four in 10 supported Vermont Sen. Bernie Sanders in the Democratic primary while 21 percent backed Massachusetts Sen. Elizabeth Warren, who dropped out of the race on Thursday, March 5. Another 19 percent voted for former Vice President Joe Biden, and 6 percent voted for former New York City Mayor Mike Bloomberg.

This year “marks the most pro-equality field of Democratic presidential candidates in U.S. history,” Human Rights Campaign President Alphonso David said in a statement after Tuesday’s voting. “Our power has continued to grow, and candidates are seeing us increasingly for the critical voting bloc we are and have pursued us vigorously, releasing policy after policy providing more details about their LGBT platforms than any other Democratic primary field in history.”

In Texas, those votes helped propel a slate of out and allied candidates to victory in their Congressional primaries in swing districts, such as Congressional District 23, where lesbian candidate Gina Ortiz Jones led the Democratic pack in the race to replace retiring Republican incumbent Will Hurd, and in Congressional District 21, where ally and former Texas Sen. Wendy Davis won the Democratic Primary to face off against anti-LGBT Congressman Dan Crenshaw in November.

Olson is backed by Stonewall Democrats of Dallas, and Valenzuela is backed by out Dallas City Councilman Omar Narvaez. The winner of that runoff will face former Irving Mayor Beth Van Duyne, who opposes LGBT rights, in the general election to fill then seat now held by Republican incumbent Kenny Marchant, who is retiring.

According to a Public Religion Research Institute study, 66 percent, or two in three, Texans support LGBT rights. That was clear in the 2018 elections, Hale noted.

“Voters showed people like former Rep. Ron Simmons, the bathroom bill author, the door and targeted other anti-LGBT candidates,” she said. “Equality is a winning message.”

• In the Democratic primary, by the time about 57 percent of the precincts had reported results on Tuesday night, voters had already eclipsed the 2016 primary turnout of 1.4 million. And this turnout came despite the fact that voters across the state found themselves waiting in line for, in some places, as much as five hours. Final numbers show that the 2020 Democratic primary turnout was more than 200,000 over the 2016 turnout.

As of Thursday, March 5, all but three candidates — Biden, Sanders and Hawaii Congreswoman Tulsi Gabbard — had dropped out the race. Biden was leading in the delegate with 596, followed closely by Sanders with 531. Gabbard had only one delegate, which she earned on Super Tuesday by placing second, behind former New York Mayor Mike Bloomberg in voting in American Samoa.