The most diverse Congress ever 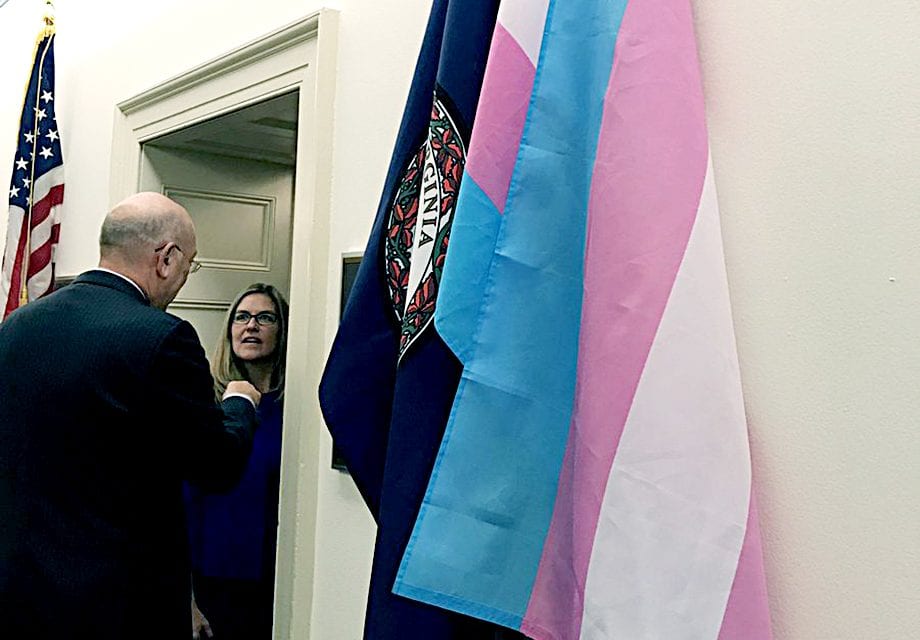 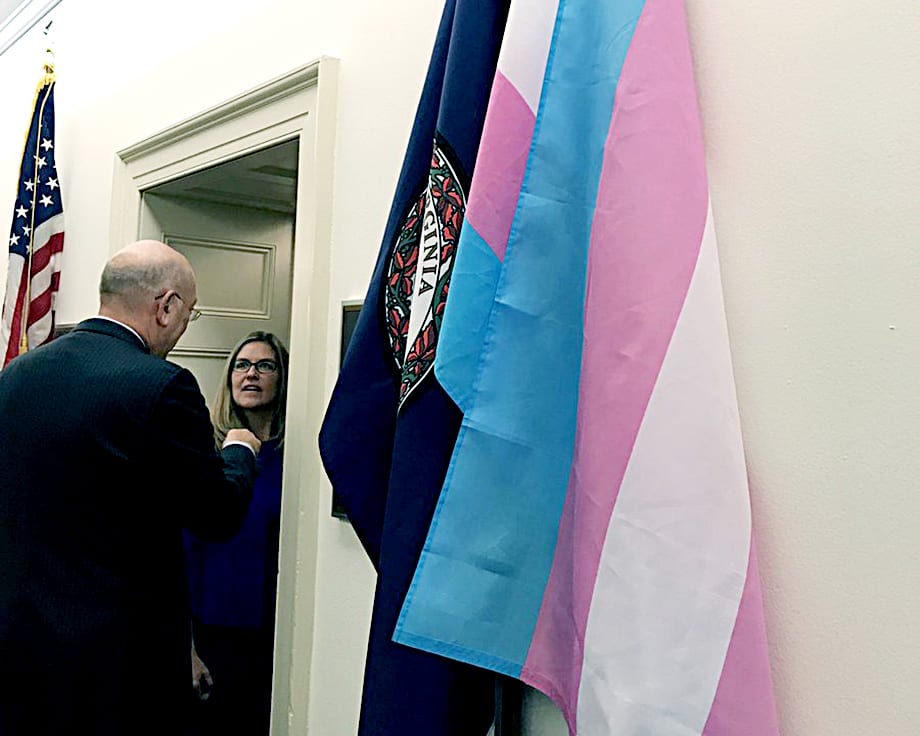 Narissa Rahaman, a field organizer with HRC, posted this photo of the trans flag posted outside newly-elected U.S. Rep. Jennifer Wexton’s congressional office in Washington, D.C. Wexton said she has a transgender niece and she put the flag outside her office, with the Virginia state flag, to show solidarity with the trans community.

The U.S. House of Representatives in the 116th Congress, sworn into office on Thursday, Jan. 3, is the most diverse in history. And it didn’t take long for a shining example to emerge of just why such diversity is important.

Narissa Rahaman, a field organizer for the Human Rights Campaign, on Thursday posted a photo on Facebook showing the pink-blue-and-white transgender flag displayed next to the state flag of Virginia, outside the congressional offices of newly-sworn-in U.S. Rep. Jennifer Wexton.

“This moment truly brought me to tears,” Rahaman said of seeing the flag there for the first time. “…Thank you to everyone who knocked a door and made a phone call on this campaign. This flag is there because of you and for you! My heart is full.”

Wexton explained to The Washingtonian that she has a niece who is transgender and that she had chosen to post the flag outside her office because “The trans community has been under attack. I wanted to show my solidarity, because we are talking about my friends and family.”

Business Insider on Thursday published online an interactive graphic to demonstrate just how diverse this House truly is.

One of the most talked-about aspects of this new House of Representatives has been how many women it includes. Thanks to the 2018 midterms, there are now 103 women in the House, a 22.6 percent increase over the 84 who served in the 115th Congress after the 2016 election. Of those 103 women, more are women of color than ever before, and that includes the first two Native American women ever elected to Congress — Deb Haaland of New Mexico and Sharice Davids of Kansas, who also happens to be a lesbian. (BI)

Add in the 25 women now serving in the Senate — which include lesbian Wisconsin Democrat Tammy Baldwin, who is a lesbian, and Arizona Democrat Kyrsten Sinema, who is bisexual — and there are 128 women in the 116th Congress. Of those 128 total, 36.72 are women of color. (BI)

Which brings us to racial diversity in the 116th Congress. According to Business Insider, the number of “non-Hispanic white” people in the House of Representatives now dropped 3.9 percent, compared to the 115th Congress, to 317. The number of African-Americans in the House jumped 17 percent to 55, while the number of Hispanic/Latinx members is up 4.7 percent to 44. There are now 15 Asian/Pacific Islander members of the House, a 7.1 increase, and a 100 percent increase in the number of Native Americans, up from two to four, thanks to the elections of Haaland and Davids.

The House of Representatives lost two of its LGBT members with the 2018 midterms: Jared Polis stepped down to run for governor of Colorado (he won), and Kyrsten Sinema left the House to run for the U.S. Senate (she won). And still, the number of openly-LGBT members of the House jumped 33.3 percent, from six to eight, with the elections of Chris Pappas in New Hampshire, Davids in Kansas, Angie Craig in Minnesota and Katie Hill in California. They join existing House members David Cicilline of Rhode Island, Sean Patrick Malone of New York, Mark Pocan of Wisconsin and Mark Takano of California. Add in Baldwin and Sinema in the Senate, and the 116th Congress has 10 total openly-LGBT members. (BI)