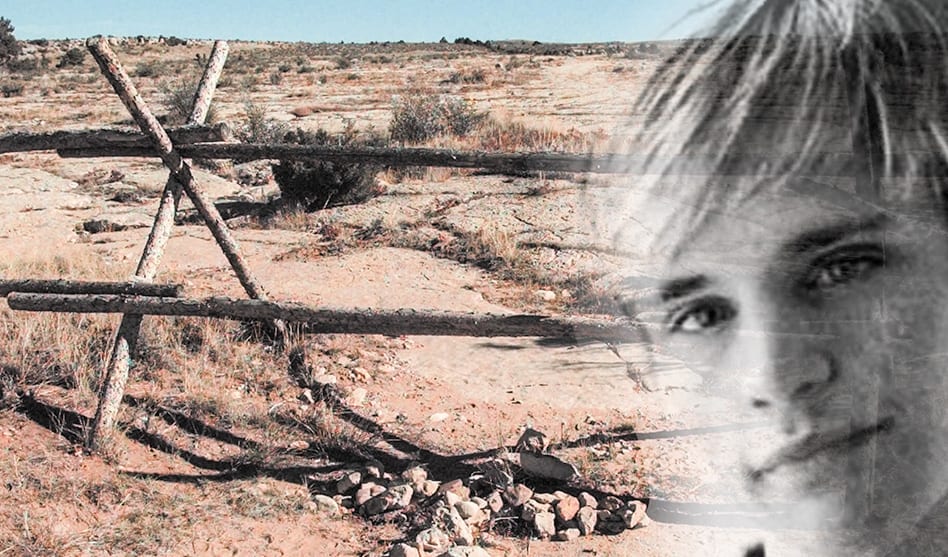 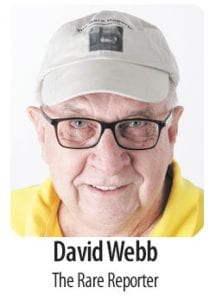 Small, effeminate, friendly and probably gullible, the attractive, blond 19-year-old teenager with the engaging smile never stood a chance when two maniacal thugs targeted him that night 20 years ago for robbery and worse in a crime that would rock a city, a state and the nation.

This month — October 2018 — marks the 20th anniversary of the murder of Matthew Shepard, a former University of Wyoming college student who became the face of anti-LGBTQ hate crime after the news of his grisly murder in 1998 spread internationally.

But while he never knew anything about the controversy surrounding him in his last few last days of life, he truly did not die in vain.

The city of Laramie and the University of Wyoming are preparing to commemorate the anniversary of the openly-gay student’s death with a series of events, includinge a performance of “Considering Matthew Shepard” by Grammy-winning choral group Conspirare at Laramie High School Theater Oct. 6, the anniversary of the day Shepard was found, tied like a scarecrow to a fence and barely alive.

In announcing the plans, Laramie Mayor Andi Summerville said the international attention drawn to Laramie in the wake of Shepard’s death “rocked this community … absolutely to its fundamental core.” The mayor was 17 at the time of Shepard’s death, and she described the experience of living through that time and revisiting it today as “surreal.”

During the trials of the two men accused of his murder, the world learned that the killers pretended to be gay in order to lure Shepard in and rob him. After meeting him in the college-town bar and enticing him to leave, the men pistol-whipped him, stole his cash and credit cards, tied him to a wooden pasture fence and left him dying in the bitter mountain cold. Shepard died of brain injuries, never having woken from the coma caused by the attack, on Oct. 12, 1998, after six days on life-support.

“Just as the murder of Emmett Till [a 14-year-old black youth who was pistol-whipped, mutilated and tossed in a river in Mississippi in 1955] awakened America to the reality of racial violence, so the murder of Matthew Shepard awakened our country to the reality of violence against the LGBTQ community,” Cohen said of the importance of Shepard’s case.
Like Till, whose killers got an acquittal from an all-white jury despite overwhelming evidence to the contrary because Till had allegedly insulted a white woman, Shepard in death inspired a revolution in attitudes toward anti-LGBTQ discrimination and violence.

The outrage spawned by Till’s death among blacks and sympathetic whites precipitated the Montgomery, Ala., bus boycott four months after his funeral. Similarly, Shepard posthumously became an icon, and the Matthew Shepard and James Byrd Jr. (a black man killed by three white supremacists in Jasper, Texas, in June 1998) Hate Crime Act was passed by Congress in 2009, 11 years after the two men’s murders.

The Matthew Shepard Foundation, with the support of his parents, Judy and Dennis, keeps the story and the lesson to be learned from his death alive today. After his murder, the Tectonic Theater Project in New York City went to Laramie to learn about the impact of the crime on the city. The group created The Laramie Project, a play about the heinous anti-LGBTQ hate crime.

The foundation bearing the victim’s name funds the presentation of the play across America, and the nonprofit group provides ongoing media resources and other information services to combat anti-LGBTQ hate crimes.

The group will host a gala in Denver on Oct. 20 to raise funds for its work.

The reflections on Shepard’s death come at an inauspicious time in American history. Despite heightened awareness about hate crimes and greater attention by law enforcement agencies and the criminal justice system, the FBI documented an increase in hate crimes for 2016, the most recent year for the published results of its annual report that is released in late fall.

When the FBI releases the statistics for 2017, another increase in hate crimes is expected, according to organizations researching and analyzing the activity. The Center for the Study of Hate & Extremism at California State University San Bernadino is forecasting the new FBI report will reveal disturbing news about a resurgence of violence in targeted large cities, including Houston, Dallas and San Antonio.

“We have collected new police data from 2017, ahead of the FBI totals, and performed the first analysis of that year’s hate crimes, with a particular emphasis on the 10 largest U.S. cities,” states the report of May 2018, overseen by Criminologist Brian Levin. “Our investigation found that hate crime totals for the 10 largest cities [also New York City, Los Angeles, Phoenix, San Diego, Chicago, San Jose and Philadelphia] rose for four straight years to the highest level in a decade.”

The center identified the most common hate crime categories in its analysis as anti-black, anti-Semitic, anti-LGBTQ and anti-Latino, except in two cities. In New York City, Jews were the primary target, while LGBTQ people were the most common victims in Los Angeles.

At the same time when hate crimes are increasing, the Southern Poverty Law Center is seeing an increase in the number of white supremacist groups becoming active in the nation. Leaders of the groups in Alabama and California agree that there appears to be a correlation between President Trump’s bombastic, vicious rhetoric belittling minorities before and after his election and the growth of hate propaganda and violence.

A spike in hate crimes, especially targeting Muslims, was seen about the time of the 2016 election and thought to be inspired by Trump’s campaign.

In Charlottesville, Va., white supremacists staged a rally Aug. 11-12, 2017, to protest the removal of Civil War monuments in the South, leading to violent clashes that resulted in three deaths and 33 injuries. One of the white nationalists drove his car into a crowd, killing a counter-protester, and two law enforcement officers in a helicopter monitoring the activity died in a crash.

Trump called both the white supremacists and the counter protesters who clashed “very fine people.”

It is unlikely that anything or anyone can deter President Trump from his agenda that includes a daily routine of invective meant to satisfy his arch-conservative base, including those who spread the most vitriolic messages against LGBTQ people and other minorities. In the wake of Shepard’s death protesters from the hate group Westboro Baptist Church in Kansas incredibly picketed his funeral with signs reading “Matt in Hell” and “God Hates Fags.”

The commemoration of Shepard’s horrific death will not soften the hearts of the hateful, but maybe it will kindle another movement to help drown out the voice of Trump and the hateful among his supporters. Ultimately, it will probably require Trump being voted out of office, barring a successful impeachment, to reverse the destructive social course the nation seems to be following now — all the more reason to commit to vote in every election so your voice will be heard.

David Webb is a veteran journalist with more than four decades of experience, including a stint as a staff reporter for Dallas Voice. In 2016, he received the Press Club of Dallas’ Legends Award, bestowed in large part for his work with Dallas Voice. He now lives on Cedar Creek Lake and writes for publications nationwide. █