The highs and lows 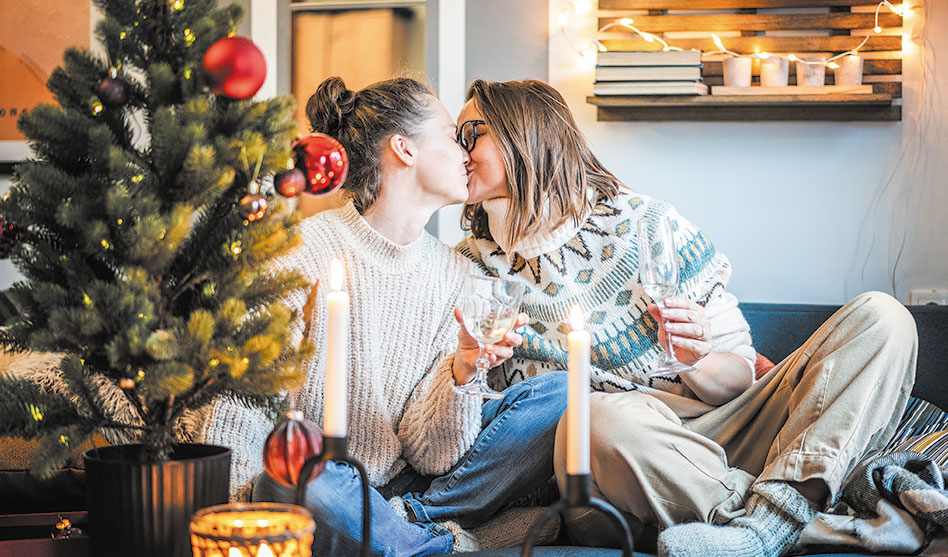 Despite some bad times, we have reason to celebrate this holiday 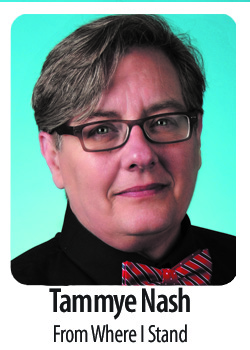 Sometimes it’s easy for me to feel the holiday spirit. And sometimes, it is as if the holidays never existed.

This year, for example, I decided that, in addition to the “store-bought” gifts I got for my family members, I would make a gift for each one, as well. Let’s just say that, while I am by far NOT an expert artist/craftsperson, each gift is made with lots of love. And my family members will act as if their handmade gifts are the most gorgeous, most precious things ever made by human hands, because they love me as much as I love them.

It will mean something to my family members that I took the time to make a gift for them. And because I know that already, even when I am making a mess and even when the gift doesn’t come out looking like I had hoped it would, the process of creating these gifts makes me happy. It fills me with the holiday spirit.

Yesterday, my wife and I went grocery shopping together to get everything we — ok, she — will need to cook our meals over the next couple of weeks. Then today, we ran out to the mall and a couple of other shops to pick a few little things we still needed as stocking stuffers and whatnot.

Both days, I had a lot of fun. We laughed and joked around and acted silly and just had fun.

And again, it was easy to feel the spirit, the joy of the holiday season.

But then there are the other times, those times when the joy of the holidays is nowhere around.

Over the last few days, I have been working on the Dallas Voice year in review coverage. It can be a little discouraging, to say the least, to sit and re-read and re-write story after story after story about the attacks on the LGBTQ community and on equality in general over the last 12 months. And the attacks are not just coming at us from the far-right extremists or the homophobic religious zealots; here in Texas, our own government is using our community as a punching bag, an easy way to score political points.

For instance, back at the end of February, just seven days before the primary elections, Gov. Greg Abbott issued an executive order, based on a ridiculous “legal opinion” issued by Attorney General Ken Paxton, instructing the Department of Family and Protective Services (of which Child Protective Services is a part) to launch child abuse investigations of parents who provide their transgender children access to supportive and gender-confirming health care.

All the experts will tell you that having parents who support them and having access to affirming health care saves the lives of transgender children. But Greg Abbott doesn’t care. To him, those children are political pawns to use in his never-ending, never-ethical quest for power.

It’s hard to get in the Christmas spirit when you know that the man holding the highest elected office in this state, as well as his colleagues in statewide offices, care so very little for the youth in our community.

There are plenty of other examples, too, like the right-wing trolls who think it’s ok to try and make a name for themselves by telling lies about and threatening harm to drag queens; like high school principals who go behind teachers’ and students’ backs to tear away the symbols of safety and acceptance those teachers and students rely on, and then fire the teachers who dare question their motives; like 22-year-old men who decide the best way to earn a spot in history is to take an assault-style rifle into an LGBTQ bar and open fire, and like the father who was relieved to find out his son had only gone into a gay bar to murder people, not because he was gay himself.

And that’s not even taking into account those who are part of our own community who are willing to turn on the gay men who aren’t masculine enough for them, the lesbians who are too masculine for them and the transgender and bisexual and nonbinary folks that they just simply can’t understand. How miserable must their lives be, how much must they hate themselves if they are willing to take sides with those who, when it came down to it, wouldn’t spit on them to put them out if they were on fire.
It all gets so heavy sometimes, almost too heavy to bear.

And then, it’s June Pride Month, when Dallas Pride takes over Fair Park, and there are rainbows and Pride stickers everywhere you turn. And even if those big mainstream retailers and companies are just doing it to make a buck, I can remember when our rainbow money wasn’t good enough for them. We’ve come a long way to have them fighting to out-ally each other.

If June Pride Month weren’t enough for you, in Dallas we get a whole second Pride celebration in September now, thanks to Pride in Dallas. And Black Tie Dinner has a record year, and Dallas Southern Pride brings in Patti LaBelle — Patti Freakin’ LaBelle! — as special guest performer for their Holiday Gala benefiting Abounding Prosperity Inc.

To top it all off, Congress finally passes the Respect for Marriage Act, and President Biden invites the community to come watch him sign the act into law on the lawn of the White House, and then the White House is lit up with the colors of the rainbow when the sun goes down.

Stay strong my friends. Keep fighting the good fight. And have a happy holiday season.