Well, it was only a matter of time before it was revealed that LGBTQ people are responsible for the COVID-19 coronavirus outbreak. It turns out that God is mad about gay marriage.
So, file COVID-19 under “Things LGBTQ People Have the Power to Unleash,” right alongside hurricanes, floods, tsunamis, recessions, climate change, terrorist attacks, divorce, autism, dementia and naming your pronouns.

And it goes without saying that the anti-gay right is most upset about that last one.

According to Perry Stone, a Tennessee pastor, he heard from God himself that “this is a moment of reckoning.”

“I know what I heard, I did not make that up,” he told his congregation. “I audibly heard the phrase, a male voice speaking, and I believe it was the Holy Spirit.” 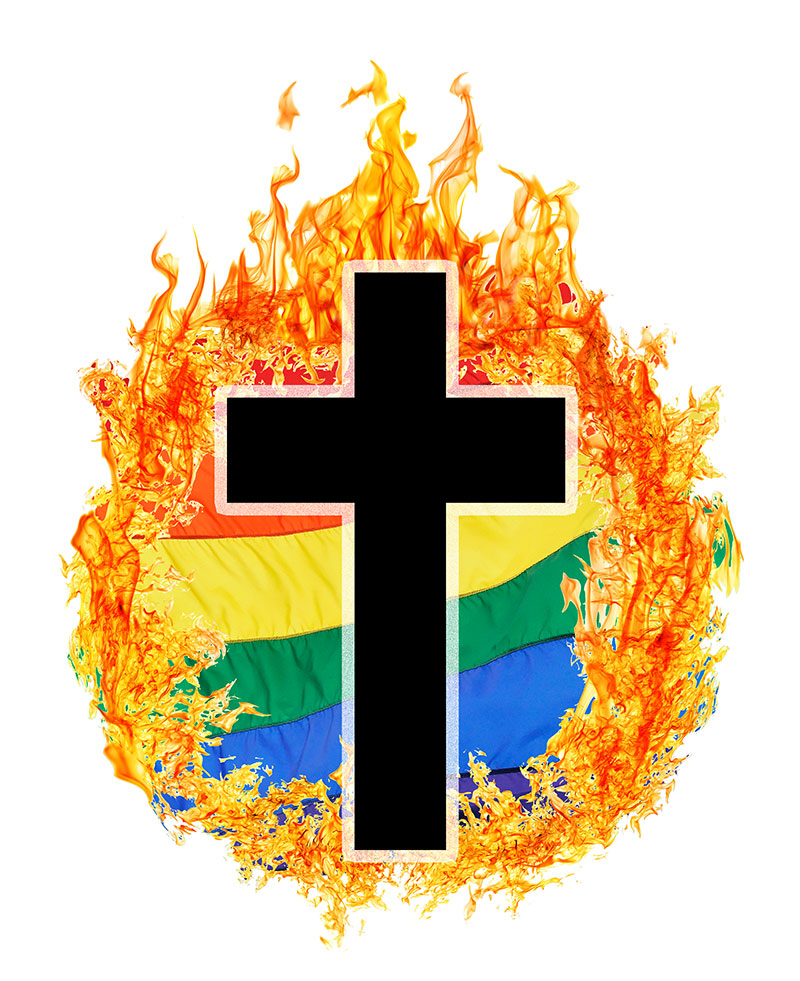 Then again, men are more prone to violence, so I guess it makes sense that he would imagine a male Holy Spirit striking down everyone in your local nursing home and making all of the toilet paper and hand sanitizer disappear just to punish you for being LGBTQ.

“Why is there a reckoning?” Stone asked. “Because we have by law forced God out of our country and basically told him, ‘In public places, you’re not welcome.’ You’re not welcomed in our schools, so our schools are now shut down. No prayer in public school, no Bible reading in public school. Now, are you with me? They’re telling kids to stay home for who knows how long, so our schools are shut down.”

So, God is mad about separation between church and state. Got it.

But is Stone saying that the reason schools have been shut down is part of a plot to make sure people don’t start praying in them again? Or is he saying that God blew coronavirus in all of our faces because he’s mad about the lack of school prayer?

Has God never heard of Christian schools? Because those are a thing. You can send your kid to a school where they have to pray.

But it isn’t gays alone that have brought on a worldwide epidemic. It was the power of gays and women who have abortions combined.

“We have said to God, ‘The infants that you put in our wombs, we don’t respect them; we don’t want them; we will get them out of our bellies through abortion,’” Stone continued.
(Who is going to tell him that the only way a baby ends up in your belly is if you eat it?)
“If you watch the women who are pro-choice, the majority of them have a spirit about them where there is no love,” he said and then launched into an obnoxious imitation of what he imagines a feminist sounds like: “‘It’s our body. We will do what we wanna do. You’re not gonna tell us what to do with our body.’ I got news for you ladies: It ain’t your body; there’s another body living inside your body.”

So, women who support abortion rights are loveless shrews who anger God because they don’t want to be human incubators? Got it.

“The Bible talks about going after ‘strange flesh,’” Stone says and then launches into the tale of Sodom and Gomorrah. You know, the one where Lot invites a couple of angels into his house, and then his neighbors are like, “Give us those angels to rape!” And Lot is like,

“No. Take my virgin daughters instead,” and then he tries to run away with his wife, but she turns back to scope the destruction and gets turned into a pillar of salt. And that’s why processed food has mad amounts of sodium.

“So why is there a reckoning?” Stone continued. “There is a reckoning because the courts of the land passed a law to take an infant’s life, that it was OK, and for marriage as we have known it to be changed into something we have never known. Both of their laws, biblically in Leviticus and Deuteronomy, are what God calls an abomination. And the Bible teaches us that God is long-suffering; he is not willing that any perish; he wants everyone to come to repentance. But there will be a time when the Lord says, ‘Enough is enough.’”

And when the Lord is at his wits end, he kills a bunch of people at random and hopes that people will figure out what it is he really wants.

That must be where Donald Trump learned it from.