The future was then 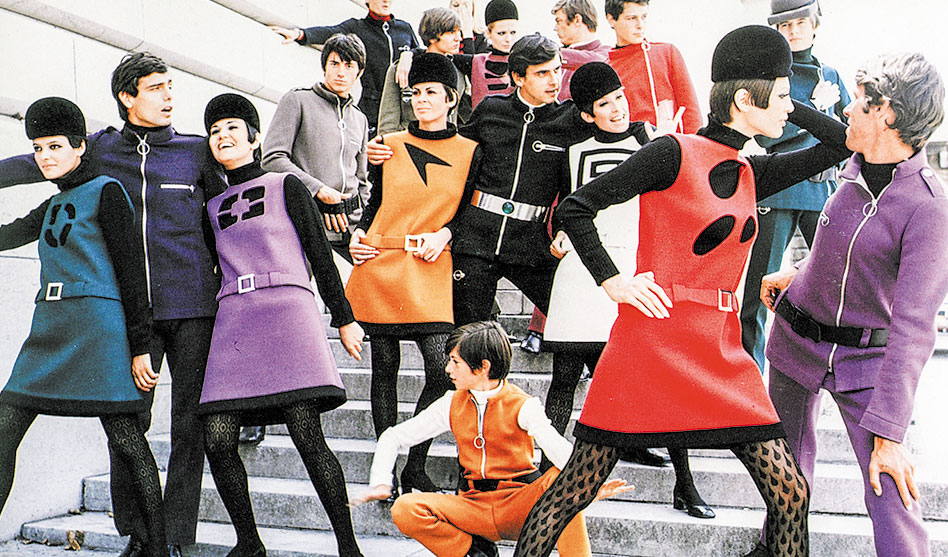 The culture has reached a saturation point where documentaries about the fashion industry qualify as a stand-alone genre, from mavens Anna Wintour, Andre Leon Talley and Diana Vreeland to photographers like Bill Cunningham and Annie Liebovitz and of course designers: Halston, Valentino, Dior, McQueen, YSL and now Pierre Cardin.

That can feel like clutter (Chanel always said to remove one piece before going out for the evening), or it can feel like giving creatives their due.

I tend to fall in the latter camp. There’s a reason we never had many documentaries about fashion in the past — because fashion wasn’t treated with the respect of painting or composing or writing. But one thing we learn from House of Cardin (available on-demand Tuesday) is that the now-98-year-old icon always considered theater his passion. Clothing? Well, he just happened to be good at it.

Good isn’t even the word; visionary might be better. Every designer who’s been the subject of one of these deconstructive histories has had a distinction to his or her legacy, something unique and innovative to set them apart. Cardin’s contribution, though, might be the most enduring of all: He brought fashion to all people.

Oh, there were masters before him — Balenciaga, Dior, Chanel, Schiapparelli — but they were these untouchable masters of the haute couture runway, the custom ateliers of Paris. Cardin started that way, but did things nobody else has really done. First he actually designed for men. Tailored suits had been around, but thoughtful activewear?

Casuals? Guys didn’t have anybody. Then he released a ready-to-wear line of affordable fashion, something no classy designer had ever done. And finally he created branding. The PC logo? His signature across the outside of a piece of luggage? Fragrances and cars with his imprimatur? He did that (sometimes to his reputational detriment, but never against his pocketbook).

But perhaps none of that would have mattered if Cardin weren’t the visionary he was… and remains. Just looking at some of his clothing from the 1960s and you’re immediately struck by how retro it is but also how futuristic it remains today. There’s nothing stodgy or dated about his dresses (they didn’t cinch up women but freed their bodies; tall or short, fat or thin, you could look trendy in Cardin). His menswear was sexy without being vulgar (though his famous phallic cologne bottle certainly didn’t hurt sales). Colors, patterns, boldness? Cardin made the eye pop. We probably wouldn’t be here without him.

Married filmmaking team of P. David Ebersole and Todd Hughes point out how mysterious his personal life remained to the public, though at the end they do finally address his most enduring romance with a man. But until then, they almost make a case for why his notorious discretion served him so well. The invention, not the inventor, is what we should talk about. And Cardin invented modern culture. Well played.

Available Sept. 15 through video on demand.