The Future of Oak Lawn 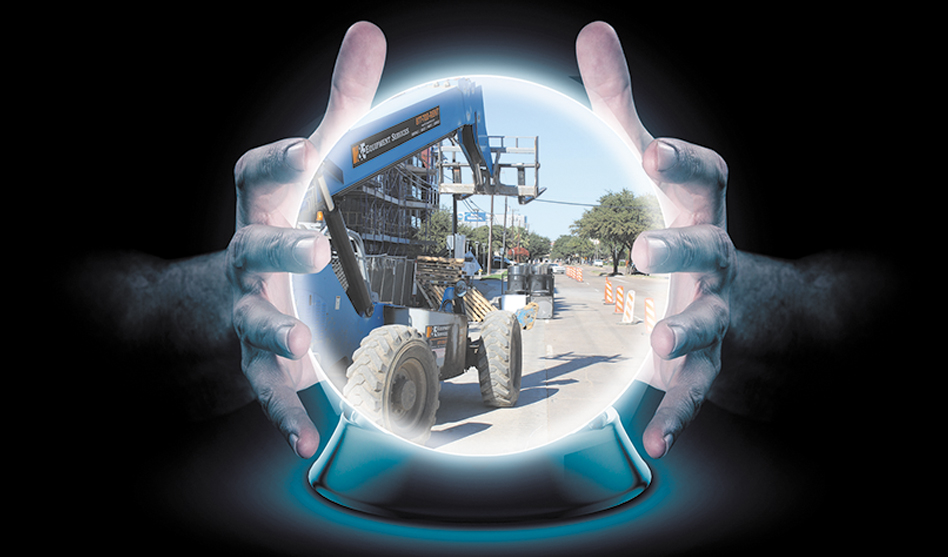 Editor’s Note: The following was submitted to Dallas Voice by an Oak Lawn resident and a career professional in urban development. As a member of the Oak Lawn Committee, Citizen Dallas has asked that their identity remain anonymous.

Oak Lawn, like Dallas as a whole, is experiencing a great deal of change. A strong economy and impressive job growth combined with increased demand for urban living has created immense pressure to build new multi-family housing in the core of the city. And much like the neighborhood, the Oak Lawn Committee — the volunteer body created to protect the neighborhood — is also experiencing a sizeable shift. Unable to serve its intended function, the now-bloated, unwieldy organization the neighborhood relies on and so desperately needs is in need of a revitalization of its own.

The future of the neighborhood depends on it.

Due to its central location, numerous amenities and notable cultural history, Oak Lawn has been one of the neighborhoods most dramatically affected by Dallas’ urban renaissance. Beginning in the 1960s, the once-sleepy, middle-class, single-family neighborhood south of Highland Park transitioned into a denser multi-family neighborhood, with small apartment buildings and townhomes replacing old craftsman homes.

The last decade has seen a further increase in density. Old multi-family and single-family homes are being torn down to construct multi-story, wood frame multi-family buildings. And most recently, the western side of Oak Lawn Avenue received its first proposal for a concrete-frame high-rise construction in the form of a 240-foot, 21-story apartment tower proposed by Streetlights Residential.

The pressure for more housing in the city and in Oak Lawn is pushing developers into denser, more expensive products. Calls for affordable housing and concerns about gentrification are addressed with little or no substantive action, with few if any affordable units being created in towering new developments.

As a result, many are growing concerned about losing the neighborhood they have come to know, love and call home.

Development pressure is nothing new for the neighborhood and served as the impetus for the creation of the Oak Lawn Committee in the 1980s. The neighborhood historically served as a buffer between the Park Cities and the predominately black and Hispanic neighborhoods of State-Thomas and Little Mexico (known as Uptown since its rebranding in 1989).

The LGBT culture in Oak Lawn, facilitated by predominantly white-owned, gay-oriented businesses, moved in during the 1960s through the 1980s due to its marginal desirability and affordable rent. As adjacent neighborhoods boomed (through the destruction of minority neighborhoods), Oak Lawn became more desirable.

The development changes in the neighborhood came to a head in 1983 when a neighborhood landmark, the Esquire Theater then located on the current site of Eatzi’s, was torn down. As a result, the Oak Lawn Plan was written, and the Oak Lawn Committee was established to review neighborhood development and ensure its compatibility with the vision of the area.

(For note, the Oak Lawn Plan, known at City Hall as PD 193, is a large geography stretching from Javier’s Mexican Restaurant north of Knox Street south to the Perot Museum and west to Inwood Road).

The Oak Lawn Committee, as stated in its by-laws, was established to bring together neighborhood groups and other interests to represent the Oak Lawn community. Anyone who works or lives in the neighborhood can serve on the committee so long as they pay $50 in annual dues and uphold attendance requirements.

Ultimately, the organization is an advisory panel that simply provides feedback and supports or does not support proposed projects. Their recommendation gets shared with the developers and passed along to City Hall, City Plan Commission and City Council representatives, who take their recommendation under consideration. The organization’s decisions have historically been well-respected by elected officials in Oak Lawn.

Recently, due to the aforementioned development pressures in Oak Lawn and Uptown, the committee has been at the forefront of controversial zoning cases, the most recent being the proposed 21-story tower at the Lemmon/Oak lawn intersection.

This has resulted in bloated project proposals such as the Lemmon/ Oak Lawn proposed high-rise, which requested twice as much height as allowed by current zoning. The other notable group is a mish-mash of residents who represent a traditional NIMBY (Not-In-My-Backyard) perspective. Everyone wants to see an increase in property value, but no one wants larger, denser development near their home.

These two sides are now butting heads in a futile shooting match certainly audible outside of the Warwick Hotel, their monthly meeting spot. Their goal is to determine the future of the neighborhood, but both seem blind to more comprehensive solutions that could achieve that vision.

In a recent meeting, one member noted that the members serve on the committee due to their “expertise.” What precisely that expertise is remains to be seen, since anyone can be on the committee, and ultimately the committee is comprised of lawyers, doctors, urban planners, real estate developers and numerous retirees.

The same member also went so far as to fear for the organization’s legitimacy if the current in-fighting continues, expressing concern that smaller geographies within the neighborhood might create their own neighborhood organizations. This was met by some resistance from an urban planner on the committee who expressed the desire to allow smaller neighborhoods to have greater self-determination.

Perhaps the most important thing of note about the Oak Lawn Committee is not the fact that there are two factions waging war, or that greedy developers are stacking the cards in their favor to help each other out, or that a handful of concerned citizens feel entitled to determine the future of a five-square mile geography.

No, it seems the most egregious flaw of the committee is that a room of predominantly white, predominantly wealthy Baby Boomers feel entitled to exert their political will over a neighborhood that bears little resemblance to those that comprise the committee.

Since one may serve on the committee as a person who works in the area, there are many loud voices in the group that live in Preston Hollow and other places around town. Since one must pay $50 annually to be a member, the room naturally excludes many lower-income persons whose outcomes are typically the most impacted by the development decisions made.

Since one must be willing to give two-to-four hours per month in the evening to attend meetings, it excludes those who work atypical hours or are busy tending to their many needs at home. And since non-members are only allowed to listen at meetings, community voices — which are so vital to healthy, empowered neighborhood organizing — are silenced.

The result is a sterile committee of old, white, wealthy people whose ultimate goal is to promote their own real estate interest.

And, with that, the future of Oak Lawn has already been decided. With every new rainbow crosswalk that gets laid down on Cedar Springs remembering the deep history of a neighborhood that has fought untold struggles, the future gets chipped away, one development at a time.

This is not to say that new development is bad. Oak Lawn is already zoned in many places for denser development and has the capacity to help meet the need for new affordable housing in the city. Additionally, many new projects are helping to contribute to the goals of the Oak Lawn Plan by providing active ground-level uses and pedestrian-oriented designs that encourage walkability.

But the desire for developer profit is naturally creating a neighborhood that is increasingly becoming more expensive to live in for many persons who have helped make the neighborhood great.

The most important lesson that can be learned from the Oak Lawn Committee’s current struggles is that neighborhood empowerment is vital. All voices — not just the voices of those who pay membership dues and attend monthly meetings — are requisite for an engaged neighborhood. When all voices are brought to the table, true neighborhood visioning and change can occur.

New development in the area has the potential to create numerous community benefits aside from just affordable housing. New bike lanes, improved transit and parks, better streetscapes, and community gathering spaces can all be demanded of new developments. These will create development outcomes that improve the lives for everyone in the neighborhood.

It is time for a new Oak Lawn Coalition — a diverse, welcoming, equitable and inclusive coalition — to rise up and lead the way into the future. Only then will the neighborhood that the entire neighborhood desires ultimately be realized.