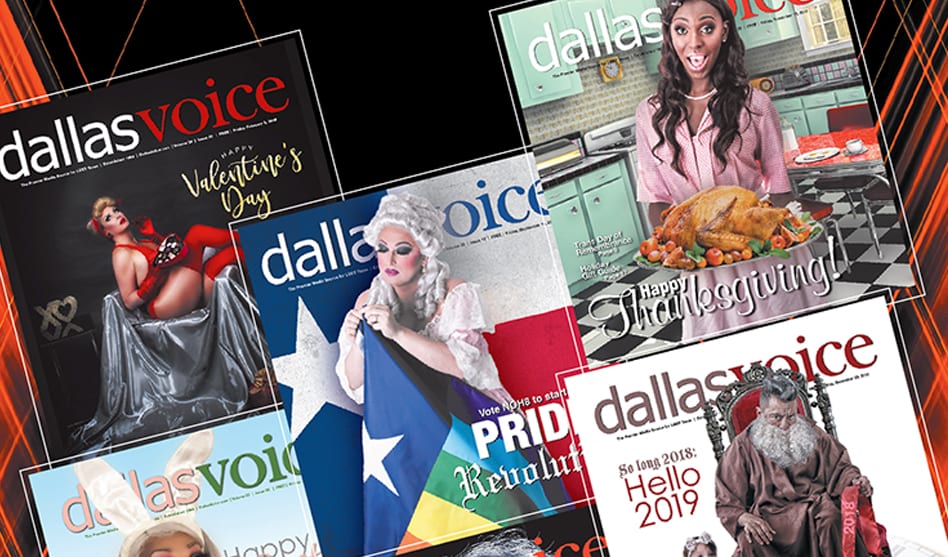 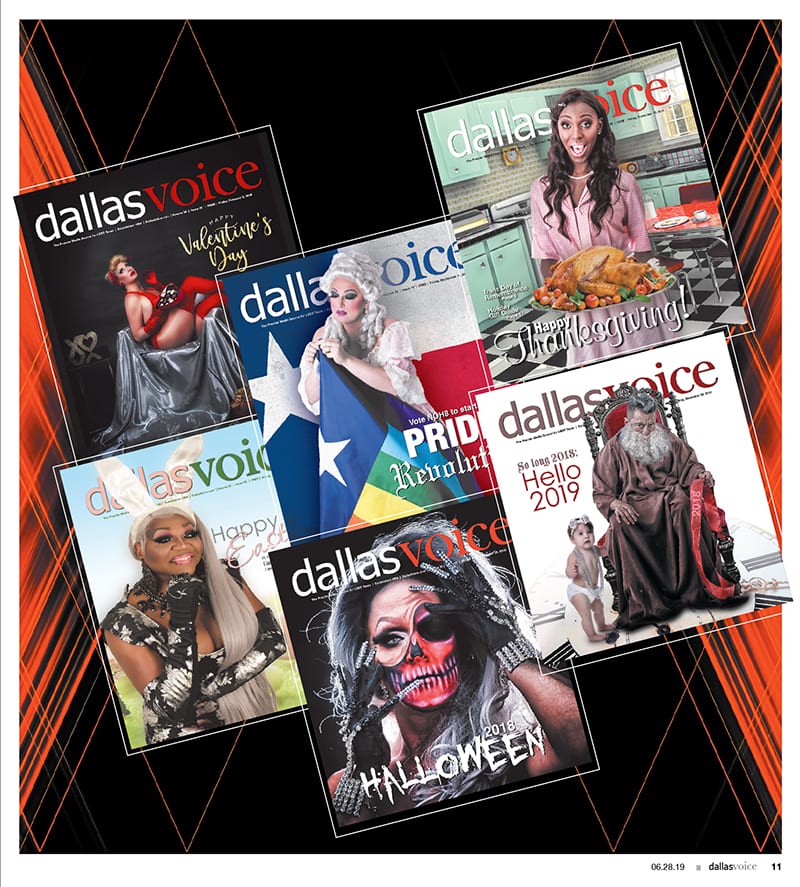 June 26, 2015 — It was a Friday, the day that the U.S. Supreme Court handed down its decision in Obergefell, et. al. vs. Hodges, declaring marriage equality the law of the land. And from coast to coast, the LGBT community celebrated.

Some 12 years earlier, the Supreme Court justices had struck down not just the Texas sodomy law but all sodomy laws criminalizing private, consensual same-sex conduct with their decision in Lawrence v. Texas. So the marriage equality ruling was the final nail in the coffin of anti-LGBT discrimination and equality.

At least, that’s what some people seemed to think.

But in truth, the fight was — and is — far from over. Anti-gay and -lesbian sentiment just went underground for a while, with opponents of equality finding quieter, less obvious ways to try undermine equality, and at the same time, turning the most visible brunt of their furious bigotry on the most vulnerable segment of the community — transgender people, especially transgender women.

It started with the so-called “bathroom bills” introduced in state legislatures around the country. Proponents claimed they were just trying to keep women and girls safe from predators in public restrooms. But reasonable people could easily see through the façade and see these bills for exactly what they were: blatant attacks on transgender people, mainly trans women, intended to limit their ability to live productive, fulfilling lives as their authentic selves.

Then Donald Trump took the presidency, and the bigots began throwing open their closet doors, bringing their hatefulness out into the light of day, reassured by the knowledge that their hate and prejudices were shared by those who had seized power in Washington, D.C. And once again, it was transgender people who bore the brunt of the backlash.

The National Center for Transgender Equality has documented at least 37 actions the Trump administration has taken during his tenure in the White House that specifically target the transgender community, along with several other actions that, while not specific to the trans community, also cause harm to trans people and other at-risk populations.

Trump got started on attacking trans people early in his presidency. Less than a month after his inauguration, his administration withdrew landmark guidelines, issued in 2016 by the Obama administration, explaining how schools must protect trans students under federal Title IX law. Since then,

Trump’s administration has undermined requirements in the Affordable Health Care Act requiring discrimination-free medical treatment for trans people, withdrew proposed Housing and Urban Development policies that would have protected LGBT people from discrimination in housing services, told the staff at the Centers for Disease Control and Prevention that they are not allowed to use the word “transgender” and other words, rolled back policies requiring trans people in federal prisons to be housed according to their gender identity, not their gender assigned at birth, and more.

One of the administration’s most high-profile attacks on transgender people, of course, has been Trump’s efforts to ban transgender individuals from serving in the U.S. military, a ban Trump announced via Twitter just days before an Obama-era directive allowing trans people to serve openly was set to go into effect.

As proven by the most recent session of the Texas Legislature, the “bathroom bills” that had swept legislatures across the country are being replaced by a wave of “religious freedom” bills that would allow businesses and individuals, including healthcare professionals, to refuse service or treatment to others — usually LGBT people, especially trans people — based on “sincerely-held religious beliefs.”

And violence against trans people continues unabated. Between Jan. 1, 2015, and Dec. 31, 2018, at least 99 transgender people — mostly trans women of color — have died violently. Since Jan. 1 this year, at least 10 trans people — all black trans women — have been murdered, two of them — Muhlaysia Booker and Chynal Lindsey — murdered right here in Dallas.

So as we reflect on the 50 years since a group of trans women, butch dykes, drag queens and others decided they had had enough and fought back against harassment, thus launching the modern LGBT rights movement, let us remember that we still have a long, long way to go. 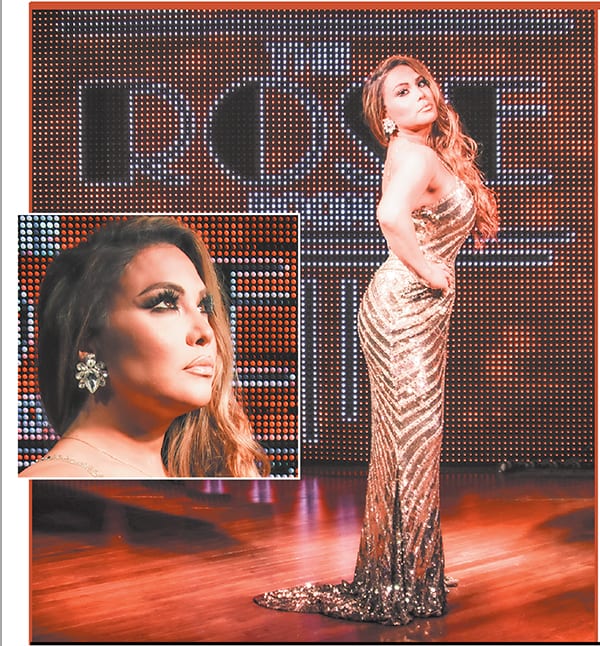 This week’s cover, for our special issue commemorating National Pride and the 50th anniversary of the Stonewall Riots, features transgender entertainer Sasha Andrews.

Sasha was born and reared in Brownsville, Texas, and she started her career as a showgirl more than 10 years ago and in the years since has won the both the Miss Texas USofA and the Miss Texas Continental titles.

Sasha moved to Dallas two years ago and is now part of the cast at the famous Rose Room inside S4.

The series began with the cover of our special 2018 Dallas Pride Issue on Sept. 14, commemorating the 25th annual Dallas Pride festival and Alan Ross Texas Freedom Parade, and it concludes today, June 28, 2019, with our special National Pride issue commemorating the 50th anniversary of the Stonewall Riots, the event widely considered the birth of the modern LGBT civil rights movement. We chose to honor trans people and drag queens with this series of covers because, while they are the members of our community most often targeted for discrimination and violence, trans women and men and drag queens are also the ones who have been at the forefront of our fight for equality all along.

There were, of course, the Stonewall riots, where it was the butch dykes (many of them what we would now consider trans men), the trans women and the drag queens who stood up and fought back — people like Stormé DeLarverie, Marsha P. Washington, Sylvia Rivera and others. And it is the drag queens who have long been at the forefront of efforts to raise funds for our community to support and care for its own, especially in the darkest days of the AIDS epidemic.

But there is also a lesser-known incident in our LGBT history in which the trans people were the ones who fought back first. It was the Compton’s Cafeteria Riot.

Compton’s Cafeteria, located in San Francisco’s Tenderloin District, was one of the few places even in San Francisco where transgender people could congregate publicly. Thanks to widespread transphobia, they were unwelcome most everywhere else — even in the gay bars. But even at Compton’s they weren’t really welcome or safe; management at the cafeteria would often call police to roust the trans women and the queens, and the cops would harass them, often arresting them for the crime of “female impersonation.” The cafeteria management even implemented a “service fee” targeting the trans folk.

The trans community responded at first, in 1966, with a picket that, while ultimately unsuccessful, was one of the first demonstrations against anti-trans police violence in San Francisco. But one hot August night in 1966, when police came again to roust the trans folk at Compton’s, the trans folk fought back. An officer tried to arrest a trans woman, and she threw her coffee in his face — and the riot began.

People were throwing dishes and furniture. The restaurant’s plate-glass windows were smahed out. Cops called in reinforcements, and the fight spilled out into the streets. All the windows in a police car were broken out. A sidewalk newsstand was set ablaze. Cops trying to force rioters into paddy wagons discovered that this time, the trans folk weren’t going quietly.

The riots continued the following night, with other people from the LGBT community, along with the hustlers and other street people joining in. The cafeteria wouldn’t let any trans folk back in and ended up with their newly-installed plate glass windows once again shattered.

Our covers
Since the Sept. 14, 2018, Pride issue cover, which featured Cassie Nova (aka James Love) as our own LGBT Betsy Ross stitching up a rainbow flag to lead our Pride revolution, Dallas Voice has had six more special covers honoring our trans and drag communities. You can see them pictured above.

Our Halloween Issue featured drag performer Jenna Skyy (aka Joe Hoselton) in a horror makeup she created. Our Thanksgiving Issue featured local trans activist Krista De La Rosa as our interpretation of a modern-day June Cleaver. Our New Year’s Eve issue featured trans man and filmmaker/activist Angel Martinez as The Old Year 2018 and his niece “Minnow” as Baby New Year 2019. Our Valentine’s Issue featured trans writer/entertainer/actress Krystal Summers as our very own Valentine’s pin-up, And our Easter Issue featured local entertainer Fantasha Suggs hopping down the bunny trail.
And of course, the final cover in our series features Sasha Andrews paying tribute to the trans women of color, such as Marsha P. Johnson and Sylvia Rivera, who have been, and still are, at the forefront of the fight for equality.

(The special series honoring trans people and drag performs was conceived by Dallas Voice Advertising Director Chad Mantooth and Managing Editor Tammye Nash. Mantooth recruited cover models. Nash did the photography. And Art Director Kevin Thomas executed the graphics. We offer a very sincere thank you to everyone who participated in this project.)