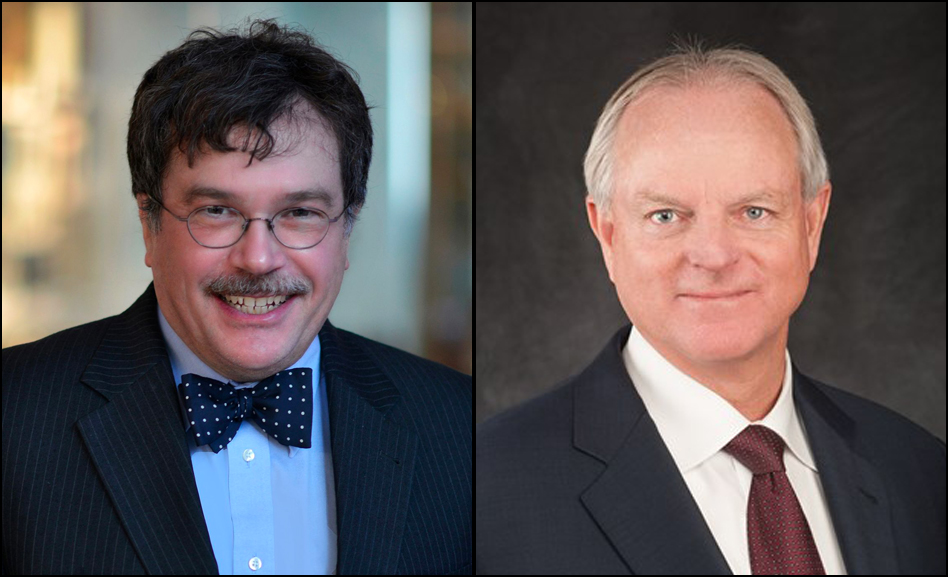 As the U.S. death toll surpasses 120,000 people, two Texas A&M scientistsz — touted as “two of the nation’s most influential voices in the COVID-19 fight” — this week called for a bipartisan, objective investigation into the nation’s initial outbreak response, during a discussion with John Sharp, chancellor of The Texas A&M University System as part of the 12th and final episode of the series, COVID-19: The Texas A&M University System Responds. Their discussion will air 7 p.m. Thursday on KAMU-TV in College Station and on other Texas public television affiliates. It also is on the university system’s YouTube channel.

Dr. Gerald Parker, director of the Pandemic and Biosecurity Policy Program at Texas A&M’s Bush School of Government and Public Service, warned, “We must prevent this from happening again. This is not going to be our last pandemic.”

Dr. Peter Hotez, a Hagler Institute scholar at Texas A&M and a vaccine researcher at Baylor College of Medicine in Houston, agreed with the need for a bipartisan inquiry.

The two scientists said the investigation needs to take place after the immediate and ongoing crisis has waned, and it should be modeled after the 9/11 Commission following the Sept. 11, 2001 attacks.

Hotez said he finds it “particularly concerning … that COVID-19 transmission was allowed to go on for weeks [in the U.S.] without a major public health response, even though the world had witnessed its devastating impact in parts of Europe and China,” according to an emailed press release from Texas A&M.

“What hurt Wuhan was what hurt New York City, which is the virus transmission went on for six weeks before there was any public health intervention,” said Hotez, who is dean of Baylor’s National School of Tropical Medicine.

Parker and Hotez spoke with

Sharp applauded the two scientists, saying, “If the field of scientific study had rock stars, Dr. Parker and Dr. Hotez would be selling out stadiums. The nation is blessed to have their leadership in the war against COVID-19.”

Parker is a veterinary scientist and one of the nation’s top experts on defending against emerging public health threats after serving in bio defense leadership positions at the U.S. Departments of Defense, Homeland Security and Health and Human Services. He also is associate dean for Global One Health at the Texas A&M College of Veterinary Medicine.

Hotez, a physician considered one of the world’s most influential people in health care through his work at Baylor and as co-director of the Texas Children’s Hospital Center for Vaccine Development, told Sharp he is worried that anti-science nationalism is creating global instability.

Both scientists called for more global coordination for the development and equitable distribution of vaccines, with Hotez saying, “The virus doesn’t really care if you are Chinese or British or American or even Texan. The only way we’re going to solve this is if countries cooperate to make vaccines and work together to scale up vaccines.”

Hotez and Parker also discussed working together through the Bush School in the coming months to help ensure that the nation and world learn the lessons of COVID-19.

Parker said that in the past, government leadership has failed to invest enough in bio security between infectious outbreaks. But, he added, “I am optimistic that we may break through this boom-and-bust cycle and finally take pandemic preparedness seriously.”