Technology for the win

As horrifying as the attack on our Capitol was, it is a comfort to know technology will hold them accountable 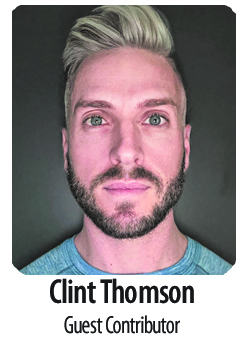 Wednesday, Jan. 6, 2021, started out the same as any other day for me: Starbucks, a virtual meeting with my staff to discuss the day and then a few client calls. I was catching snippets of the news throughout the day on NPR because I had been following, with a growing unease, the stories of potential violence planned at the Capitol by radical right-wing supporters of President Donald Trump.

Trump, with his infinite penchant for petty delusion, had organized a “Stop The Steal” rally to coincide with the counting of the Electoral College votes in protest of the certification of Joseph R. Biden as the next president of the United States.

This rally was the culmination of months of lies regarding the outcome of the election, lies peddled to Trump supporters by the president himself, conservative media and GOP politicians like our very own Sen. Ted Cruz. It also came on the heels of a very illegal call that the president made to the Georgia Secretary of State, attempting to browbeat him into “finding” additional votes in a heinous, desperate effort to steal the election from Biden and hand it to Trump.

I was concerned that there may be a small faction of his supporters bent on causing trouble. Yet I was sure that there would be a police response equal to that of the heavy-handed clearing of protesters from Lafayette Square so that Trump could walk over to the St. John’s Episcopal Church for a photo op, holding a Bible in a contrived attempt to feign religiosity so that his evangelical supporters would assume he was one of them.

Trump supporters, many of them on a mission to find and kidnap or kill lawmakers, stormed the Capitol. They overwhelmed the understaffed police presence and roamed the halls of the Capitol for hours until sunset. These homegrown terrorists broke down Nancy Pelosi’s office door looking for her; they ransacked her office while young staffers cowered under a desk in another locked room inside her office. They stole her laptop.

Once the actual insurrection was put down and things began to calm, I reflected on the events of that day from the point of view of an information technology professional. And the national security implications of the event are stunning to me.

Firstly, many of our enemies, including Russia and China, have clandestine agents stationed in Washington, minutes from the Capitol. If I were one of them, and I was watching the news, I would have immediately headed down to the Capitol to blend in with the insurrectionists and enter the building. Once inside, it is plausible that I could have placed covert surveillance devices throughout the building, downloaded data from any machine using a USB drive or a more sophisticated device and possibly even connected directly into the network.

I would have had hours in the building to do as I liked.

There really is no telling what damage has been done to our national security as a result of this despicable act, all while our own citizens took selfies, put their feet on desks, broke mirrors and generally behaved like unruly children.

These citizens are traitors and terrorists for this behavior.

Thankfully, few if any of these insurrectionists were smart enough to leave their cell phones at home. And this bit of knowledge helped to lessen the sinking feeling in my stomach, because I know the Capitol has it’s own cellular infrastructure and its own WiFi network.

Because there is a vast underground complex below the Capitol, cellular signals do not penetrate well, so the government augments this with their own equipment and then connect directly to the cell providers with a hard line. All devices in range of the Capitol’s cellular network connect automatically and are logged. Anyone in or near the building at the time would be in the logs, and it is a simple matter for the government to get those records from the providers.

In addition to that, WiFi networks today have location analytics built into them which use WiFi Triangulation and Bluetooth Beacons to track a device’s location — down to centimeters in some instances.

This data — along with secret technology that the government most certainly has that we do not have in the private sector — assures me that not one person who was at the Capitol building that day will escape prosecution.
The long arm of the law may not be as swift as you may want in this instance, but it will get everyone in the end. As they say in Las Vegas, the house always wins.

These crimes cannot go unanswered at the peril of our democracy, and they will not. Hundreds will feel the might of the United States government and, by extension, the citizenry for which it works.

Clint Thomson is an informational technology professional and managing member of Celeretec, a Dallas IT company.