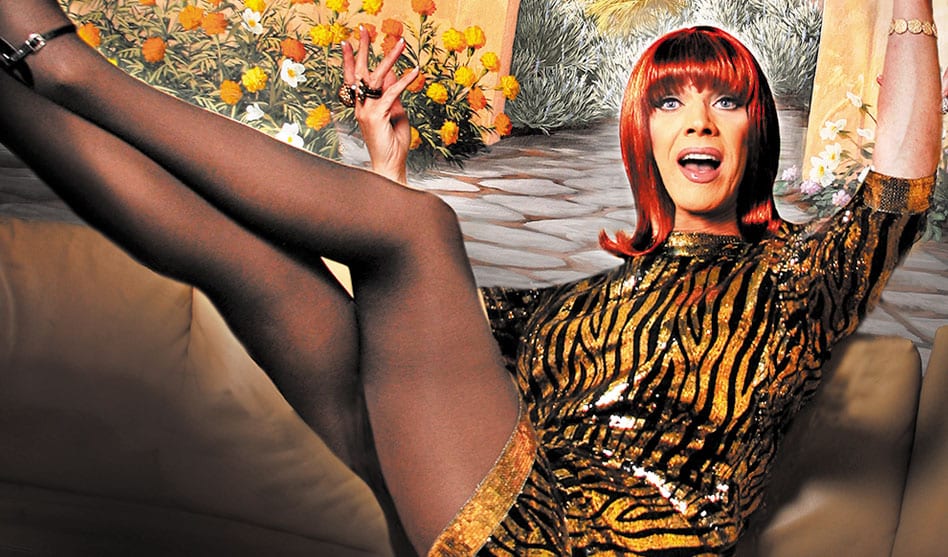 Drag pioneer Coco Peru looks ahead to the end

Thanks to RuPaul, we have been drowning wonderfully in drag queens. Some stick with us (Trixie Mattel, Bob the Drag Queen) and more than a few don’t (Venus D-Lite, anyone?).

But RuPaul is just one among the pantheon of queens who have pioneered the fringe art into the mainstream. Before all the death drops and lip smacks came Lady Bunny, Hedda Lettuce, and Miss Coco Peru, all of whom stand atop an altar of tiaras, wigs and stilettos.

As new generations of queens forge their paths, Coco Peru has been looking forward to the end of hers in her new show The Taming of the Tension, which she brings to Dallas on Saturday as part of the line up for the 2019 Texas Bear Round-Up: The Best Little Bear-House in Texas.

With almost 30 years under her (or Clinton Leupp’s) belt, Peru’s show talks about her inevitable retirement. Before she heads to Dallas, she elaborated on what retirement means, the new mainstream of drag and her readiness to take on a lot of bears at once.

Dallas Voice: An early welcome back to Dallas! It’s been a while. Coco Peru: Yeah. I think it’s been like seven or eight years. I’m looking forward to it.

You’re playing to the bears this time around. Do you see all your audiences as the same, or when it’s something like this, is it different? I have to say, bears are my favorite audience … and to have a whole audience of them? They tend to be the best. I think they are all so gentle and just want a good time.

You’re bringing a new show to town, The Taming of the Tension. Your signature has always been these autobiographical shows. What do you talk about this time? I’ve been looking at retirement in about three to four years. That’s the plan as far as doing what I do now. So that’s part of the show. It’ll be like a big group therapy.
With antidepressants? Well, with song.

That’s big news. What’s bringing this on now? I’m at a wonderful place in life where I feel like I’m coming to the end of my act, my closing number. It’s a peaceful place to be. I don’t have anything to prove anymore. I would come back for a special event or fundraiser if I really believed in it. I’m growing older and taking stock. I’ve created a nice life for myself and been very fortunate. Everything else is just icing.

You certainly have a legacy in drag. How is it to see it so mainstream now? Shangela at the Oscars. RuPaul’s Drag Race winning Emmys…. I’m not surprised, and yet, I am. When I go to Drag Con, my mouth just hangs open.

I mean… Not like that. I look around and see families there. These kids in drag and parents supporting it. I think on some level this is what I worked for.

Did you want it to go mainstream? Sometimes gay culture progresses to the norm like marriage, and then there’s backlash. Did you feel that way at all with drag? I don’t know if I thought about that. I definitely wanted to reach as many people as I could, so maybe on some level I did. At the same time, I do things in my shows that would never be on television. And I’m more interested in my shows and material than to try to fit it into a box. 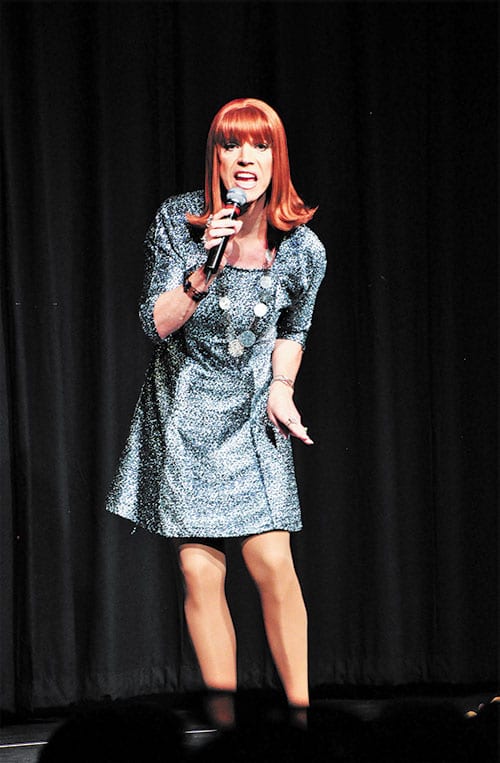 You and RuPaul and others put in the legwork as you were coming up. Now, some can get on television and be America’s next top drag queen. Of course, I came up in a time where I was inspired by the queens before me, and I was blending activism with entertainment. Plus, there was no internet. I do think there is something to be said for coming up at that time and creating and working on the craft.

But these young drag queens, they are still working and creating and headlining shows. Is the edge lost with that fast track? I don’t know. Honestly, I’m just glad to still be around and included with these queens. Honey, there is a lot of benefit for me that way.

You’re style is so signature — particularly your wig, which seldom changes. You’ve mentioned in other interviews you appreciate that silhouette. Where does that come from? I grew up looking at album covers, and I just loved Barbra Streisand and how she’d work that nose of hers. On some sublevel, there was power in that for me. I just gravitated toward that recognizable silhouette. You know, I’ve tried to change my wig, and it’s upset people at the show.

Interesting, because with that, at what point is Coco Peru your own, and what point is she the fans’? I do feel that on some level I owe my audience what they want, but it certainly wouldn’t stop me from moving forward. I mean, I did create a silhouette people respond to, and that was important to me. So I compromise.

What do you still want to do? I still wanna learn Spanish. My husband’s from Spain, you know.

Well, yes, but in your career. I’m open to anything. I learned to say “yes” a lot. That’s what got me into the movie Trick, and from there everything really happened. That changed the whole course of my life. Life has these moments where you say “yes,” and wonderful things happen.

So can I have backstage passes? No.