Taking the gayborhood to the next level 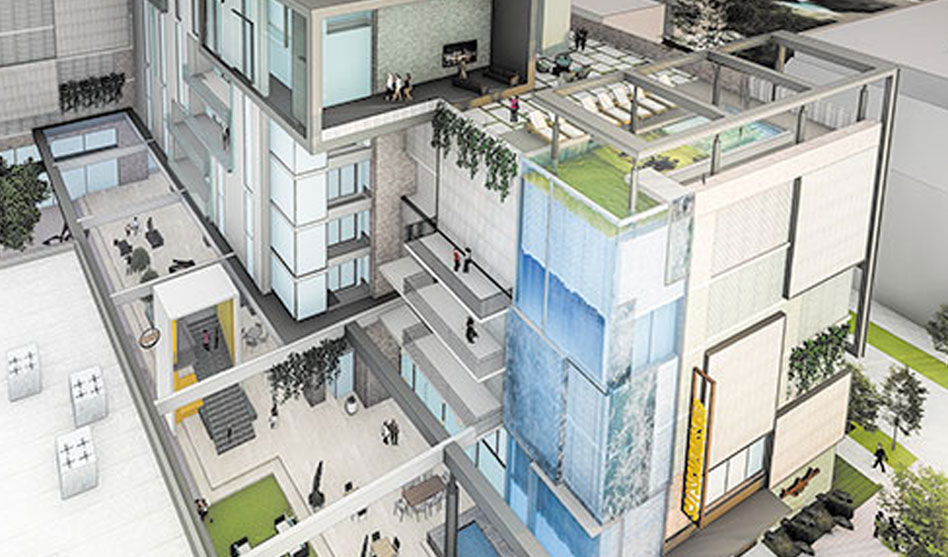 To most developers, Oak Lawn has always been a challenge: How to develop despite the LGBTQ community? But not to Mike Ablon or his company PegasusAblon. The LGBTQ community is a part of the neighborhood’s fabric that he wants to weave into his new development, he said.

Over the last decade, Caven has received some very generous offers for that property.

But in each case, “Developers only wanted the dirt,” Caven board member Ed Oakley said.

In other words, the bars and restaurants from Reagan to Throckmorton Street and the historic 4001 Cedar Springs building would be leveled. And that is something no one at Caven was going to allow. They have too much stake in the community.

For example, decades ago when people outside the neighborhood criticized the bars for being within a block of an elementary school, Caven staff and patrons partnered with the school. Bar employees and their customers collected school supplies and provided tutors for the school in what DISD once described as one of the strongest community partnerships it had.

But, Oakley said, for the last five years, the company has been trying to figure out what would take Caven property to the next level.
Oakley said he has known Ablon since representing him on the Dallas City Council. He was familiar with Ablon’s approach to development in the Design District: Rather than plowing under older buildings, Ablon maintained showrooms and art galleries while adding retail, restaurants and residential units to turn the area from a warehouse district into a thriving neighborhood. 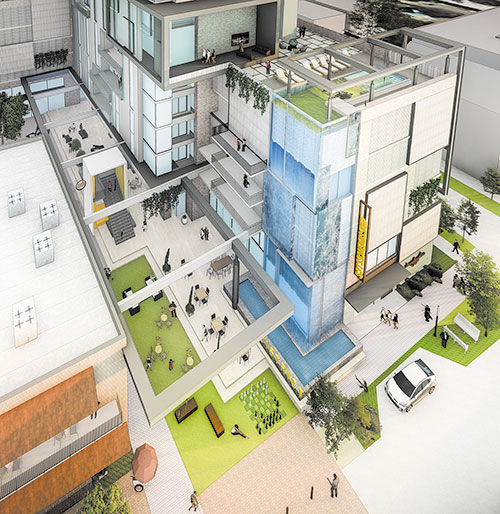 Ablon said he approached Oakley and Caven CEO Gregg Kilhoffer and asked, “Can I look at y’all’s property?” When he explained that he didn’t want the property without the bars, they decided to investigate the possibilities, and Ablon hired an architect to look at what could be done with these properties.

Oakley said the design Ablon came up with “will take this community into the next 40 years.”

Caven’s buildings currently along Cedar Springs won’t be touched. Instead, two buildings — one behind S4 and one in the 200-car parking lot behind Roy G’s — and a pocket park will be built behind the existing properties.

The construction will be done in two phases, with the building behind S4 coming first.

That building will possibly be 20 stories high, and will be mixed-use residential with preliminary plans calling for some restaurant or retail space on the lower floors. Between the new high-rise and S4, a pocket park will be built that Ablon said he hopes will become a meeting place for the community.

Pointing out that when you’re in New York, and you agree to meet someone at Grand Central Station, you meet under the clock,

Ablon said in his vision, if you’re in Dallas, and you’re going to meet in Oak Lawn, you’ll meet at the waterfall.

That would be the 70-foot waterfall that will be one of the design features of the new building and a centerpiece of the pocket park. 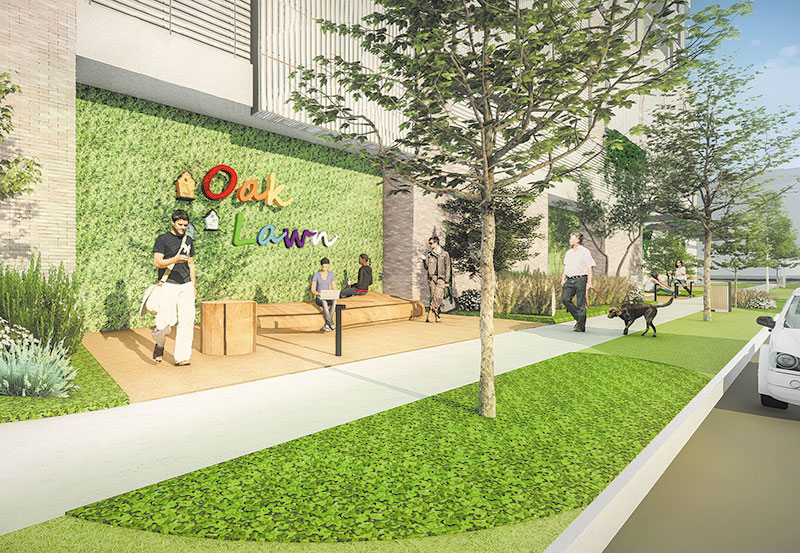 The park will be covered and some cooling will be added so it can be used year-round.

Once constructed, the residential building would also add some badly needed parking for the community, the developer said.

Just as Cedar Springs Road became a street filled with pedestrians in the late 1970s as the LGBTQ community made it the heart of the gayborhood, Ablon said he envisioned Throckmorton Street becoming an extension of that when this development is finished

Ablon described his vision for development in Dallas: “A city is neighborhoods with a cultural heart,” he said. “Anything we do needs to fortify it.”

And while Ablon isn’t gay, he said his daughter is lesbian, so he feels a connection to the LGBTQ community and the neighborhood the community calls home.

Maintaining the streetscape
“How do we keep our streetscape?” Ablon asked, then answered his own question by explaining that the high rise buildings will be constructed behind the current buildings along Cedar Springs Road, not on top of them or instead them, he explained.

The project has to go to city zoning and still needs approval from the Oak Lawn Committee that reviews all construction projects in Oak Lawn. But Kilhoffer said he hopes plans will be finalized next year along with zoning approval.

Zoning is a three-to-six month process, and Ablon said they’d be filing the project this week in hopes that everything will be approved by this spring. If construction begins within a year and a quarter after that, they explained, ground will be broken in 2022 and the first phase would be complete in 2024.

The second building will be built thereafter.

To make the arrangement work, Caven Enterprises has entered into an agreement with PegasusAblon in which the development company will acquire three-and-a-half acres of property, including the bars, through a stock sale. Once that sale is completed, Caven will then re-acquire everything inside its spaces and enter into a “very long-term lease” with PegasusAblon. 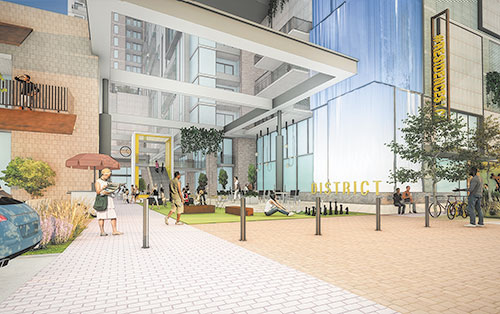 Because Caven Enterprises is an employee-owned company, each of the employee-owners will receive a portion of the proceeds of the sale that will be held in private IRA retirement accounts.

Kilhoffer said the current COVID-19 pandemic had nothing to do with the sale. In fact, negotiations for the transaction have been going on for more than a year-and-a-half.

But how did the pandemic and the closing of the bars affect the price employees will be paid? Kilhoffer said it remained the same.

“We set this up for years of a great partnership,” Kilhoffer said.

A long-term lease ensures that some version of Caven bars — re-invented or newly-created — wil remain on Cedar Springs for what Kilhoffer foresees as the next 40 years.

While often high-rise properties are built by developers and then sold, as happened a few blocks down Cedar Springs Road with the former iLume projects. But Ablon said he doesn’t work like that. Unlike many large developers who duplicate successful projects around the country, all of his development is in Dallas, with the exception of one retail project in Fort Worth’s Cultural District.

Also, Ablon has a history of retaining the properties he’s built. A residential project in the Design District that his investors forced him to sell is an exception, he said.

In this case, money for the multimillion dollar project is coming from individual European investors who are looking for a stable, longterm investment. That makes this development project unique among the big gayborhoods in the U.S. Once this project is completed, this will be the only gayborhood in the U.S. preserved with foreign investments and a developer who is counting on the LGBTQ community to thrive in order to succeed.