Take a step to battle hate

Everyone must fight hate, because hate affects everyone 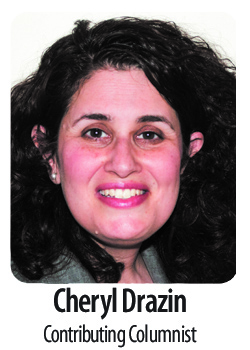 When hate hits so close to home, it takes an even deeper toll. ADL’s Center on Extremism has confirmed that what happened in El Paso on Aug. 3 was the second-deadliest act of violence by a right-wing extremist on U.S. soil. The most deadly act of right-wing violence: the 1995 Oklahoma City bombing of the Murrah Federal Building.

Reports indicate the alleged El Paso shooter had been radicalized through a notoriously hate-filled website and influenced by other white nationalists, including the Australian extremist who murdered 51 people at two mosques in Christchurch, New Zealand, earlier this year. According to law enforcement, the alleged shooter was motivated to kill Mexicans and drove more than nine hours across the state to El Paso, a major border city that is recognized as a visible symbol of the U.S. immigration system.

This is an unprecedented time is in our history. From Charlottesville to Pittsburgh to Christchurch to Poway to El Paso — every marginalized community is currently under attack. The commonality in these tragedies is that white supremacist ideology is inherently indiscriminate in its discrimination.

At times like this in our country, one wonders what, if anything, can be done to alter this trajectory. We know that thoughts and prayers are insufficient.

We need strategy; we need policy, and we need each other.

Hate is toxic. This powerful force for evil is in our midst and must be dealt with on multiple fronts by policy makers, industry leaders and individuals.

ADL will continue to push for legislative tools like the Domestic Terrorism Prevention Act that would allocate more resources and bring the same intensity to the fight against white supremacist terror that has been deployed against radical Islamic terror.

ADL will also continue our work with tech companies who must do more to actively prevent their platforms from spreading hate.

ADL will continue to lead by example and call out hate whenever and wherever it happens.

ADL will laud others who do the same.

For more than a hundred years, the ADL has been fighting hate. We have been tracking extremists for decades. We understand that any successful response to hate must be multi-disciplinary. It must involve all of us.

For more than a century, ADL’s mission has remained the same: to stop the defamation of the Jewish people and secure justice and fair treatment to all.

From our inception we have realized that responding to hate requires a collective. It our responsibility to stand together. When hate affects one of us, hate affects all of us.

The increase in hate locally requires a local response. In 2018, North Texas saw an increase in anti-Semitic harassment and vandalism over the record-breaking national increases in 2017.

On Sunday, Sept. 15, ADL will provide our community with the opportunity to affirmatively stand up to hate. Next month, thousands of North Texas residents will tighten their laces and take a step in the right direction to fight hate when ADL Texoma hosts the city’s inaugural Walk Against Hate.

The Walk Against Hate takes place at Victory Plaza. The inclusive and collaborative event will unite complete strangers in taking a stand and showing our collective support for our shared values of freedom, equality, and justice. Communities of faith, educational institutions, non-profits, corporations and individuals will lock arms and stand together as a demonstration that together we can fight hate for good.

The proverbial question seems to be, “What can be done?”

While the issues are complex, the answer can be distilled to individual action: Find a way to stand up to hate.

Let the Walk Against Hate be your initial step in that direction. To sign up as a participant, volunteer, or sponsor, visit https://support.adl.org/event/adl-walk-against-hate/e229234.

Admittedly, the work is difficult, but the time is now, and the fight against hate is one we cannot lose.