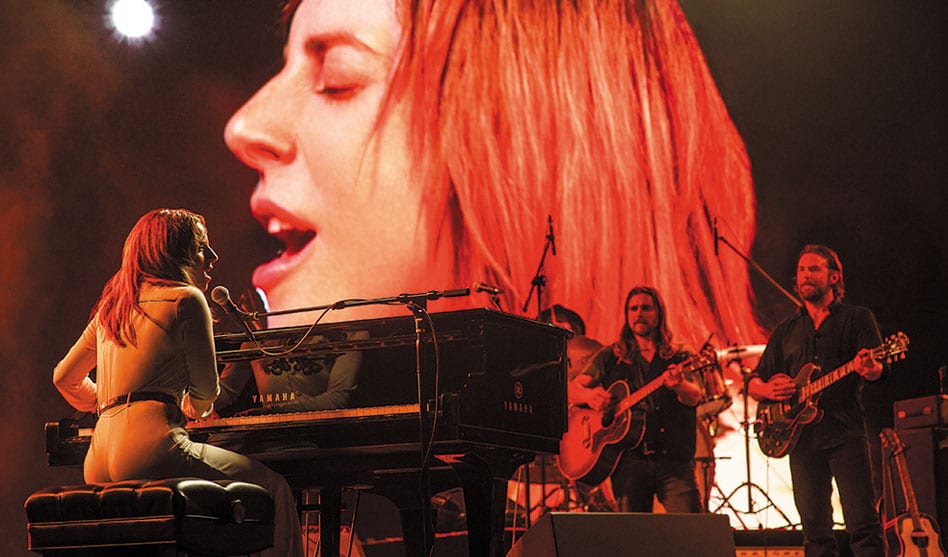 A look back at the best films, screen performances and more at the cinema in 2018

2018 is the year America went black, and hopefully will never go back.

I actually wrote those same words about two years ago, after the “Oscars so white” movement, with the hope it was more than just a cry in the wilderness.

It seems like it wasn’t. Hollywood — the indies and the major studios — has made a concerted effort not just at expressing diversity, but integrating it into the fabric of their films. Some of the best-reviewed and/or most popular movies of 2018 have been by, and about, blacks, Latinos, Asians, gays, women, the disabled and other minorities: Black Panther. BlacKkKlansman. Green Book. Creed 2. If Beale Street Could Talk. Widows. Sorry to Bother You. The Hate U Give. Crazy Rich Asians. Boy Erased. Bohemian Rhapsody. Love, Simon. 1985. Don’t Worry, He Won’t Get Far on Foot. The Happy Prince. A Fantastic Woman. Roma. Even a surprising number of documentaries tackled gay issues (The World According to Andre, McQueen, Scotty and the Secret History of Hollywood, Meow Wolf: Origin Story, TransAmerica, even This One’s for the Ladies.)

Of course, none of this matters if it’s mere tokenism — a quick bone thrown to appease that happened to also be meaty… this time. But it feels indicative of a sea-change, where socially aware filmmakers generate works that are genuinely wonderful. (Not all were — several films with strong gay themes, for example, were financial busts and critical non-starters, like Lizzie, The Miseducation of Cameron Post and Disobedience.)

Curating a year-end list of the best (and the worst, too; read to the end!) is more than just a reiteration of “what I liked a lot.” A great best-of roundup looks beyond the award winners, the favorites, the box-office results to films that felt transformative, unique, standout exponents of the craft. With that in mind, here are 10 outstanding films I saw in 2018 (plus 10 of the next-best, as well as the 30 best performances of the year).          █

10. Never Look Away. Florian Henckel von Donnersmarck’s three-hour-plus historical drama — inspired by the life of Gerhard Richter — tracks a young artist from his childhood under Nazi rule to his efforts at self-realization in the West after the erection of the Berlin Wall, and the conflicts between creativity and culture, censorship and semiotics. If it sounds heady, well, it can be … but also beautifully constructed and rich with ideas.

9. Hereditary. Ari Aster’s slow-burn horror looks at first glance like a mere genre film, but his methodical, creepy touches, as well as standout performances by Toni Collette and Alex Wolff as her son, elevated it to thriller royalty.

8. The Happy Prince. Rupert Everett’s somber chronicle of the waning days of Oscar Wilde — post-prison sentence for “gross indecency,” struggling in increasingly dire circumstances to must the energy for life he once relished with abandon — aches with the heartbreak of injustice, and slyly comments on the state of affairs today, but never forgets the wit that has made Wilde endure across the centuries.

7. A Star Is Born. Bradley Cooper’s bona fides as an actor don’t require justification, but it turns out making movies with directors like Clint Eastwood and David O. Russell must have rubbed off. His feature directorial debut, which he also co-wrote, co-produced and stars in, has a smartness and an urgency lurking behind the familiar tropes of the star-on-the-wane/newcomer-on-the-rise dynamic. He extracts as well career performances from Lady Gaga, Sam Elliott and himself, in this visceral musical remake.

6. Bohemian Rhapsody. Rami Malek’s performance as singer Freddie Mercury — with all its charisma, arrogance, sexuality and sadness — is certainly the major selling point of this biopic of arena-rockers Queen, but it’s the sum total of direction, costumes, editing and storytelling that forbids you to look away.

5. BlacKkKlansman. Spike Lee has had a hit-and-miss career for about two decades now, but his strengths converged serendipitously for this period piece, a comedy-drama about a young black cop in Colorado (John David Washington) recruited to the detectives squad, who becomes embroiled in a sting against white supremacists … only they don’t know the man on the phone is black. Satiric but also shocking (it’s based on a true story), this shows Lee at his best as an activist and artist.

4. Isle of Dogs. Wes Anderson’s catalogue of distinctive chamber comedies are already a genre unto themselves, but he achieved a high-point in design and style with this stop-motion parable, about an island where all the canines of Japan have been banished, and the love that finally brings them justice. Droll and colorful, it’s a valentine to our four-legged friends (say the title real fast).

3. Black Panther. The year’s biggest commercial success was also one of its cultural crowning achievements. Director Ryan Coogler has taken what could have been a run-of-the-mill superhero movie — just another comet in the Marvel Cinematic Universe — and turned it into a metaphor for the Civil Rights Movement, buoyed by a compelling performance from Michael B. Jordan.

2. If Beale Street Could Talk. Barry Jenkins follows up Moonlight — his Oscar-winning love story on a black youth in three stages of his development in a Miami slum — with this adaptation of James Baldwin’s love story about injustice. It’s measured, evocative and well-acted by Stephan James, KiKi Layne and Regina King.

1. Roma. Alfonso Cuaron has made movies of staggering technical legerdemain (Gravity, Children of Men, Harry Potter and the Prisoner of Azkaban) as well as tender, personal films (A Little Princess, Y Tu Mama Tambien). But Roma is somehow the combination of the two. Shot in crystal-clear black-and-white, Cuaron — who serves as his own cinematographer — keeps the camera moving slowly but almost constantly, absorbing the life of a middle-class family and their housekeepers, living in a once-tony neighborhood of Mexico City in 1970. Over the course of one volatile year, we take in the horrors of violence, the unfairness of the class struggle, the power of parenthood and the inescapability of fate. Its images are unshakeable.

The truth is, I try to avoid terrible movies — ones with questionable pedigrees, low production values, shameful releases (more than 700 films were released theatrically in North America in 2018, with fewer than 500 earning half a million dollars or more.) No one could see all of them, but you want to check out as much as possible. So the worst films are often the ones that began with promise, that lured me into the theater in the first place … then turned on me and my aesthetics. There are shitty films none of us should see; then there are movies that waste our time with their inferior concept and execution. That’s what these 10 movies are.

The 30 most memorable performances of the year