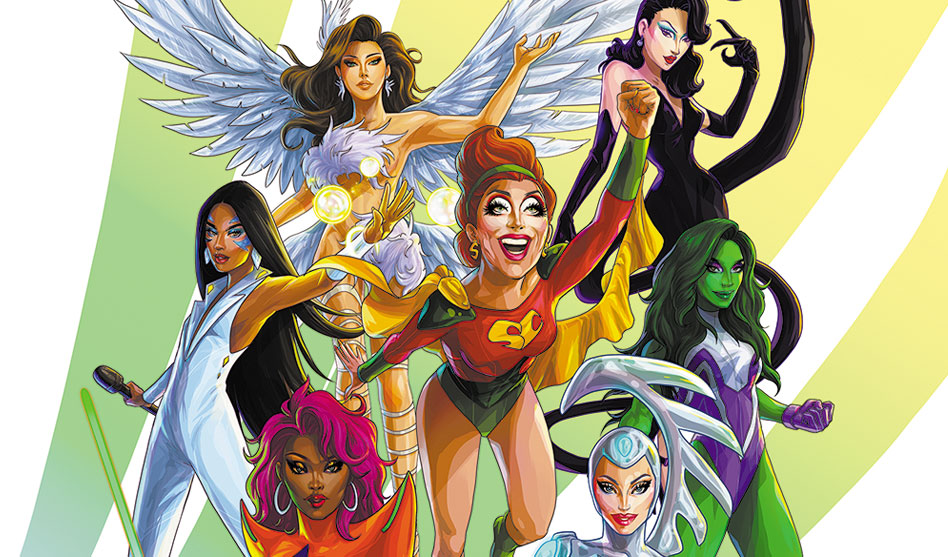 This weekend, Plastique Tiara is part of a super team that intends to turn this already-shitty year into a fabulous one. The drag queen is part of the roster of “Drive ’N Drag Saves 2021” — along with RuPaul’s Drag Race alum Asia O’Hara of Dallas, Naomi Smalls, season seven winner Violet Chachki and headliner Bianca Del Rio, the season six champion — that comes to save the day on March 12 and 13.

Not bad for 23-year-old Dallas native Duc Tran Nguyen, who credits the Rose Room as an early step in her blossoming drag career.

“I had my start at Station 4, and it is still the best stage I performed at, club-wise,” Nguyen said by phone from California. “That’s where I got my start. They were always kind and amazing. Cassie [Nova, Rose Room show director] was the first queen to book me.

“I have very heartfelt warm feelings when I think about the place.”

Nguyen’s roots run deep in Dallas as well as with Drag Race. 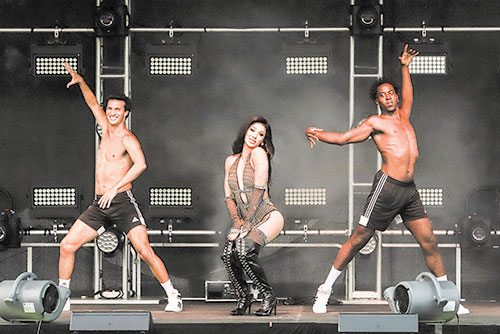 Plastique’s drag mother is Dallas drag star Alyssa Edwards (from Season Five of Drag Race and the second Drag Race All Stars), and she shares the Haus of Edwards with Shangela, Laganja Estranja, Gia Gunn and Vivienne Pinay, all who have competed on the show.

After a disastrous 2020, with 2021 not far behind, thanks to a certain pandemic, Nguyen hasn’t been on stage all that much. Voss Events last did their Drive ’N Drag series in October but canceled the holiday tour.

The promoters are giving it a shot again with live shows this spring — albeit not your usual type of drag shows. Drive ’N Drag keeps the audience at their vehicles while the queens’ lip syncs and death drops slay the stage.

So how does Plastique relate to her audiences in this (for now) new normal?

“With the exception of being in a club, I always perform for the lights. Like it’s a theater,” Nguyen said. “My show now is something I do for people to see. I’ll look at the cars and the people, but ideally, I’ll look at the lights. But I try not to squint because that’s not the prettiest thing.”

Originally from Vietnam, Nguyen went to high school in Southlake and has lived in Richardson and Deep Ellum. He relocated to Los Angeles in October. This upcoming show will be his first trip back home to perform since kicking off his career with Drag Race Season 11, where he came in eighth.

Nguyen declared that those who knew him in those early Dallas days will see an altogether different performer.
“I am a completely different Plastique,” he said. “Gosh, I haven’t performed in Dallas in about two or three years. I’m very excited and very grateful for Dallas fans to see how I have grown and what I’ve been able to incorporate from all over the world into my performances.”

He adds that drag has changed his life — especially since he was on the award-winning reality show. “I’m very proud of myself,” he proclaimed.

Additionally, he’s just happy to be onstage again, which meant time spent preparing for this months-long tour that began in February and runs through April.

“So I’m basically not eating to get ready [laughs],” he said. “But seriously, I had to get new choreography and new outfits for me and the dancers. I put in all the theatrics I could think of.”

For Nguyen, and perhaps the other queens, this tour has some additional meaning: New year, new president, new vaccinations have maybe allowed for some hope, and the queens want to add to that.

“It feels like the stakes of this tour are higher than normal. We all have not performed in so long. Drag is still here, especially for the fans,” Nguyen said.

Being at home had some pluses for Nguyen. He admitted that it was nice to have a break after barely being at his home for a whole year. It was good — until it wasn’t.

Ultimately, he said, he got the pandemic blues.

“I found myself stuck at home doing nothing. The excitement, the audiences were gone. So that just fueled my fire to do and be better for this show.”

And Nguyen knows he has to step it up for this particular Dallas audience: “Dallas drag is so good, and it’s the city I’m from!”