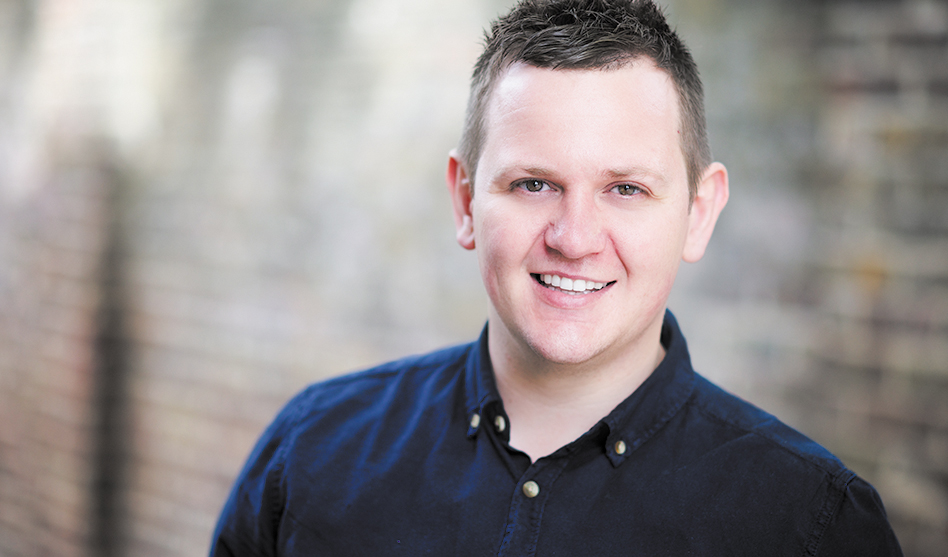 After tackling the murder of a trans woman, out playwright Paul Kalburgi returns to Dallas stages with a love letter to musical theater

The last time we heard from Paul Kalburgi, almost exactly two years ago, he was putting together a “verbatim play” — a sort of theatrical documentary, about the murder of a Dallas trans woman and the serious issue of violence against queer people of color — entitled In the Tall Grass. Heady stuff.

So it might strike you as paradoxical (or at least unexpected) that for his next act, Kalburgi is taking a shot at a backstage musical comedy — a show within a show about a failing small theater troupe desperately trying to save their company and pay back rent with one final production.

(Think Noises Off or even the recent The Play That Goes Wrong.)

If that sounds like a big change, well, Kalburgi has undergone some significant changes in recent years. British-born, Kalburgi, his husband and sons moved to Dallas in 2015, then to Madrid in 2017 before a planned move back to Dallas. Then, just this March, they were off to the other side of the planet — the land of orcs and hobbits, aka Auckland, New Zealand.

It’s from there — 17 hours ahead of us — that he chats with us about his latest show, Broadway or Bust (being presented by Pegasus Theatre Aug. 8–24 at the Bath House Cultural Center). And that’s how we found out the method to his madness.

Dallas Voice: How is life in Hobbiton?  Paul Kalburgi: Ha! Actually, I haven’t seen any of the Lord of the Rings movies, although the second you arrive in the airport [there is memorabilia everywhere]. But I’m missing Texas terribly. Our whole time there was just magic.

So, last we talked you were writing about the murder of Shade Schuler. Now this … . Yes, Broadway or Bust couldn’t be further from In the Tall Grass. But actually, I wrote the first draft [of this] in 2005 when I was working in the box office at one of Andrew Lloyd Webber’s theaters in the West End [in London]. It has been through many titles, guises and revisions since then. But I think every writer has one story in them because they have to tell it. This is that kind of story for me. Like La La Land is a love letter to Hollywood, Broadway or Bust is my love letter to theater.

Although in this case, a pretty unsuccessful and small theater company.  Well, most [theaterfolks’] starting point is community theater — that’s where you first meet the tribe. It was really borne out of my falling in love with the people. But it’s full of affection.

So, you’ve been working on it for 14 years — what took so long?  I worked in television for 10 years, and producing and writing more serious plays. It was only when I was teaching one of my theater workshops at Theatre Britain in Dallas that I rediscovered the characters from Broadway or Bust. And I realized these themes are present in community theater the world over — whether a small town in the northeast of England or Dallas, Texas. [It’s] that show that’s been itching away, so it was time for it to be reborn, time to dust it off. I decided to [rewrite it and] set it in Dallas, so there are lots of popular cultural references. 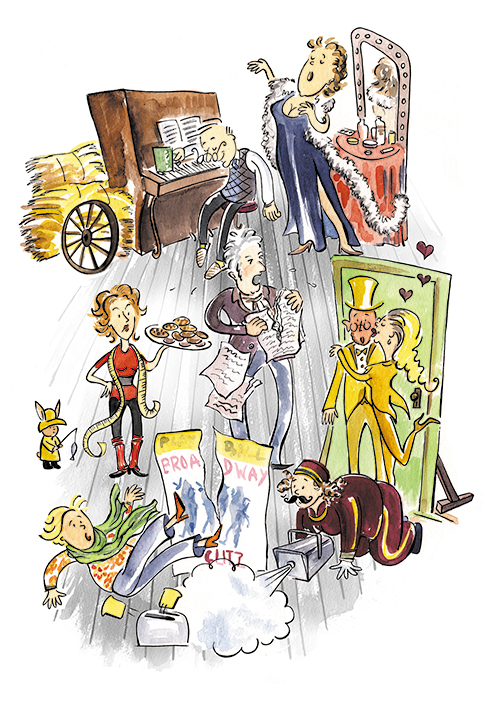 So it has evolved a lot over the years.  My [theatrical] voice is a very northern-England humor, but it has translated very naturally to Texas. The plot is as wooly as a cardigan. But we did workshops, and I did a table read of a full cast of local actors in 2018 just before I left Dallas. It’s very different from where it was but still is a show with real heart. I even composed four or five new numbers for the show.

Yes, you wrote not just the book but the music and lyrics as well.  I didn’t train in music, but I get by. I’ve always written theme tunes for the TV shows I’ve worked on. I write the melodies then send them to someone I collaborate with who turns them into piano arrangements. But this is the first full-scale musical I’ve written that has been produced. It really has been a thrill to see this come to life. It harkens back to the golden days of Broadway — the music of 42nd Street. The entire score is played on an old upright piano.

The theater director in your show-within-a-show has an accident and is unable to direct it and has to rely on virtual strangers to fulfill her vision and almost loses it to them. This is a world premiere, but you moved to New Zealand before rehearsals began. Are you worried about life imitating art?  I hadn’t thought of that! It wasn’t the plan. When In the Tall Grass [was given a Dallas production], I was living in Spain, but I was directing it as well [so I had to come back for several weeks]. So this is the second time. I definitely wish I was there. I can’t wait to see the characters get their legs. But I am constantly in contact with [Dallas director] Bruce Coleman and [music director] Mark Miller. And I’ll be returning to Dallas for the final few dress rehearsals. And it’s in good hands. We did auditions in March before I left so I could have a handle on it. When I was in Dallas, I saw [local actress] Mary-Margaret Pyeatt and said, “If we ever get it staged in Dallas, she has to play Celia.” And we got her.

Do you have any other projects in the hopper?  I always like to have two or three things bubbling away. I’m currently co-writing a musical, with the co-composer of Taboo, the musical about Boy George, called Vegas with a V, that’s sort of a Showgirls-Meets-Sinatra.