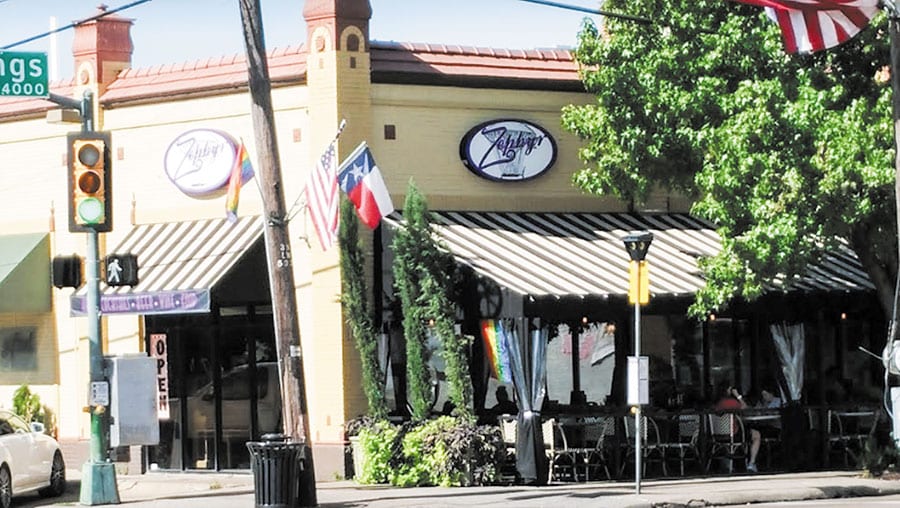 The space last occupied by Zephyr will become Roy G’s.

The Street family, which has had a presence on Cedar Springs Road since the 1970s, will open Roy G’s in a space last occupied by Zephyr on the corner of Throckmorton Street.

The restaurant will be run by Mariel and Marco Street, daughter and son of Gene Street. They’re describing it as a bar and restaurant with light food choices.

Gene Street opened The Black Eyed Pea on Cedar Springs Road at about the time Union Jack and The Bronx opened on the Strip in 1975. Although the original Black Eyed Pea was sold, the Street family retained ownership of the property. When that restaurant finally closed a few years ago, Marco Street opened Street’s Fine Chicken.

Lucky’s is the family’s only other Oak Lawn restaurant that the Streets opened but no longer own, but they have owned Good Eats and Snookie’s on Oak Lawn Avenue as well. Dixie House was another Street chain of restaurants. Mariel Street is owner of Liberty Burger in Lakewood.

Roy G’s is scheduled to open later this winter.