STREAMING NOW: Billy Porter and Stephen Stills performance of ‘For What It’s Worth (Something’s Happening Here)’ 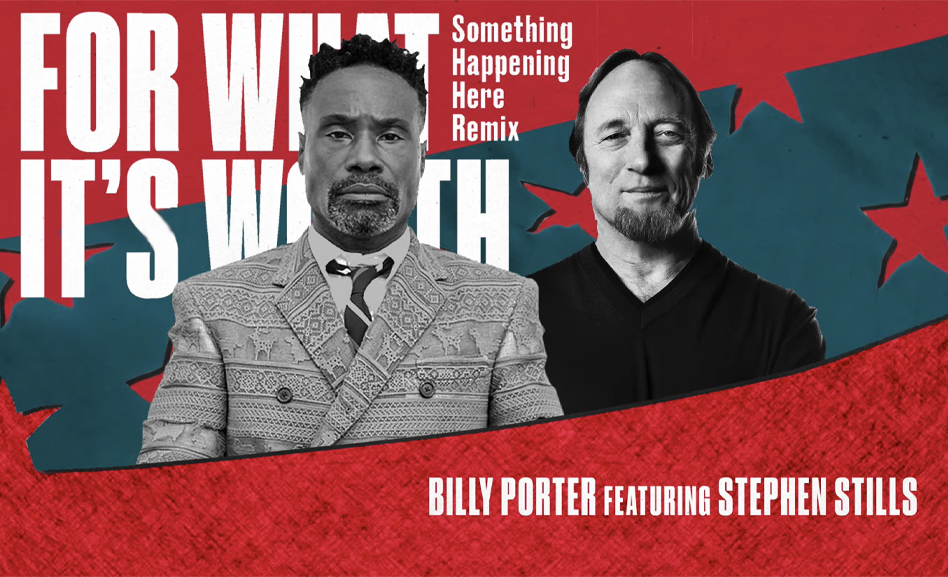 If you watched the Democratic National Convention, it’s very possible that you saw Billy Porter perform “For What It’s Worth (Something Happening Here) with help from the man who wrote Buffalo Springfield’s classic protest song, Stephen Stills. Now you can find Porter and Still’s version of of the 1960s anthem on all the major streaming platforms and digital platforms.

Porter is an out-and-proud gay man who also happens to be an Emmy-, Tony- and Grammy-winning actor, singer, director, composer and playwright perhaps most famous for his roles as Lola in Kinky Boots on Broadway and as Pray Tell in the groundbreaking FX television series Pose. But he has plenty of more credits both on and off Broadway as well as in film and television.

Porter said that the song, which Stills was inspired to write because of the Sunset Strip Curfew Riots in November 1966 but that is often considered an anti-war anthem, “means so much to me. I am first generation post-civil rights, and this song speaks truth to power as much today as it did when it first came out.

“Stephen has been so gracious and lovely to work with,” Porter continued. “It was such an honor to perform with him on the DNC — virtually, of course. As we close in on this fever-pitch of an election, I hope that our version of ‘For What It’s Worth’ will raise people up and inspire them to take action, use their voice, and vote, vote, vote.”

You can also get the Tracy Young “Groove For Good” remix of the Porter-Stills performance.