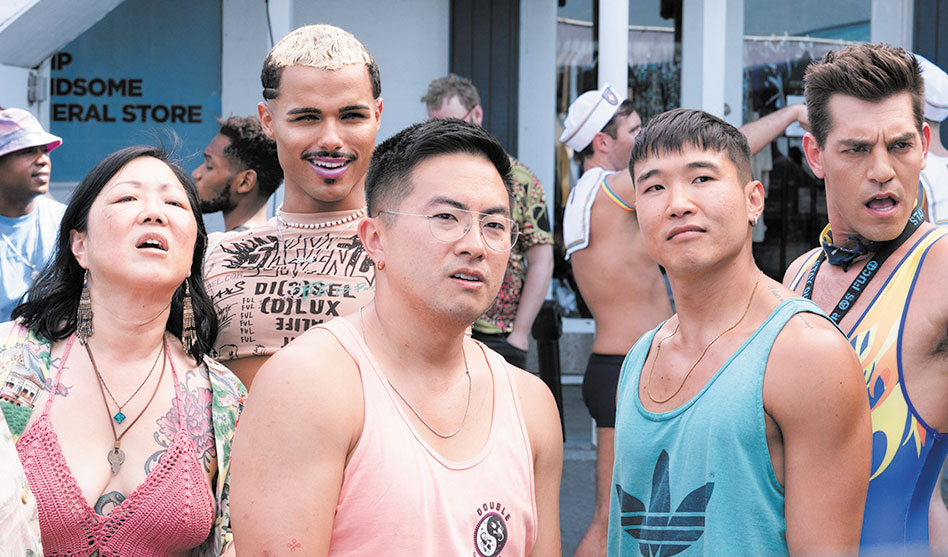 You’ll likely notice some rainbow-tinted Pride collections on your streaming services now and throughout the month. Heck, Paramount+ turned its mountain logo into a rainbow mountain, so you know they’re serious.

Regardless, Pride is here, and you got some streaming to do.

Many services and collections will feature films and shows we’re pretty familiar with throughout the LGBTQ canon. But do you really need to know about queer voices collections with shows like Will and Grace or Queer Eye at this point? Those Pride collections aren’t listed here.

Instead, spend Pride month with these new premieres or specially-curated film collections that feature a variety of stories both entertaining and even educational. Documentaries, reality TV, major drama in every letter of our alphabet soup are all at the tips of your remote fingers. Of particular note, one film even has some Dallas ties.

Among its options, the Criterion Channel is featuring the documentary The Gospel of Eureka from 2018. Drag queen Ginger Styles, who met her future husband Jerry Gage in Dallas at the old Village Station, is part of the documentary that captures her story as a last-minute fill-in for a show in Eureka Springs. 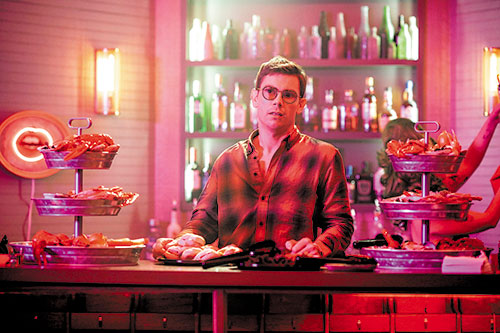 So break out the popcorn and settle in for some laughs, tears and sass this month with these options to stream for your Pride viewing.

And if you binge everything a bit too quickly, not to worry — there’s even more to come after June is over. Let us know what you’ll be watching.

Heartstopper. This breakout queer hit premiered in April where “love meets doubt. Fear meets joy. Boy meets boy. This eight-chapter story about life, love and everything in between is based on the bestselling graphic novels from Alice Oseman.” Netflix.

LGBTQ+ Favorites: “Proud, rebellious, colorful, intimate, and frank, these visions of LGBTQ+ life include beloved modern classics as well as hidden gems. From staples of the art-house canon (Je Tu Il Elle, Querelle) to highlights of the New Queer Cinema explosion (Zero Patience, The Living End) and contemporary showstoppers from emerging talents (Pier Kids, Shakedown), these films represent just a sample of the wide world of queer cinema, but they offer a taste of its breadth, creativity, and defiance in the face of adversity.

LGBTQ+ Shorts. “Stories of self-discovery, self-acceptance, and the simple but radical, often dangerous act of just existing as a queer person are on display in these empathetic and innovative shorts, which reflect the wide spectrum of experiences that make up the LGBTQ+ rainbow.” Criterion Channel.

LGBTQ+ Voices. “Titles that reflect the vibrant, nuanced spectrum of queerness will be prioritized and elevated across all pages, displaying ongoing commitment to the LGBTQ+ community and overall diversity, inclusion and representation. The collection will include custom, short-form content series including Queerness in Conversation, Culture Closeups, Serving Lewks, and Get Ready With Me.” HBO Max.

Queersighted: The Musical. “There is an assumption — or, often, a stereotype — that the musical is an inherently gay genre. The strange reality is that, in terms of characters and themes, queer representation is historically quite scarce within the film musical, a genre that largely revolves around heterosexual romance. In this edition of Queersighted, host Michael Koresky and special guest Andrew Chan, editor of Criterion’s online magazine, Current, discuss a selection of tuneful standouts — from the golden age of Hollywood to deconstructed French homage to Taiwanese experimentation — that queer the movie-musical form, whether through subtext, via thrilling subversion or by virtue of the queer auteurs behind them. Films in the collection include The Pirate, Gentlemen Prefer Blondes, The Young Girls of Rochefort, Original Cast Album: Company (documentary), A Chorus Line, Golden Eighties and The Hole. Victor/Victoria will stream July 1. Criterion Channel.

The Book of Queer. “Celebrate history’s forgotten LGBTQ+ heroes, kings and queens — some of whom were actual kings and queens! From trans Indian warriors to gay Roman emperors, these colorful and often titillating tales give history a much needed, head-to-toe makeover.” Discovery+.

Vangie: 24 Hours of Love. Vanessa Vangie Mateo looks for love among 18 suitors in this romantic reality show. WOW Presents Plus.

Firebird. “Based on a true story during the Cold War, the film follows a young soldier who embarks on a clandestine sexual affair with a charismatic fighter pilot on an Air Force Base in occupied Estonia at the height of 1970’s Communist rule.” Video on demand. FirebirdMovie.com.

Queer as Folk, “a vibrant reimagining of the groundbreaking British series created by Russell T. Davies, exploring a diverse group of friends in New Orleans whose lives are transformed in the aftermath of a tragedy.” Peacock.

Stand Out: An LGBTQ+ Celebration. Hosted by Billy Eichner, this comedy special features Tig Notaro, Wanda Sykes, Trixie Mattel and Bob the Drag Queen among a number of other queer comedians. Netflix.

First Kill, season one. “Falling in love is tricky for teens Juliet and Calliope. One’s a vampire, the other’s a vampire hunter and both are ready to make their first kill.” Netflix.

Coming June 15: Love, Victor, season three. “This season finds Victor going on a journey of self-discovery — not only deciding who he wants to be with but more broadly, who he wants to be. With their post-high-school plans looming, Victor and his friends are faced with a new set of problems that they must work through to make the best choices for their futures.” Hulu and Disney+.

Coming June 21: Joel Kim Booster: Psychosexual. The writer and star of Fire Island “riffs on leaked selfies, dining at P.F. Changs, keeping secrets and why cats are better than dogs as he hits the stage in L.A.” Netflix.

Coming July 22: Anything’s Possible is “a modern Gen Z coming-of-age story directed by Billy Porter that follows Kelsa, a confident high school girl who is trans, as she navigates through senior year. When her classmate Khal gets a crush on her, he musters up the courage to ask her out, despite the drama he knows it could cause. What transpires is a romance that showcases the joy, tenderness, and pain of young love.” Prime Video.

Coming July 29: Uncoupled. “Michael (Neil Patrick Harris) thought his life was perfect until his husband blindsided him by walking out the door after 17 years. Overnight, Michael has to confront two nightmares — losing what he thought was his soulmate and suddenly finding himself a single gay man in his mid-forties in New York City.” Netflix.

Coming Aug. 5: They/Them. “Kevin Bacon plays Owen Whistler in this slasher horror film set at an LGBTQIA+ conversion camp. Several queer and trans campers join Whistler for a week of programming intended to ‘help them find a new sense of freedom.’ As the camp’s methods become increasingly more psychologically unsettling, the campers must work together to protect themselves. When a mysterious killer starts claiming victims, things get even more dangerous.” Peacock