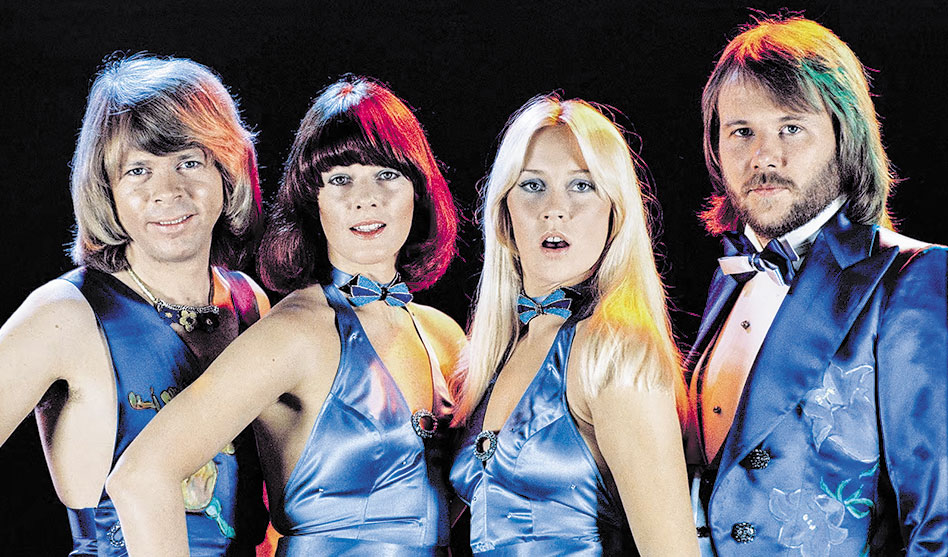 10-disc ‘ABBA: Album Box Set’ reminds us why the Swedish quartet was — and still is — a dance music sensation

Aside from ABBA, can you think of another Swedish quartet with two female (Anni-Frid and Agnetha) and two male (Bjorn and Benny) members, a 50-year history and multiple hit singles, as well as 10-CD and 10-LP box sets? No? Neither can I.

What about a Swedish pop quartet whose music inspired a long-running Tony-nominated Broadway musical and a subsequent dreadful movie adaptation and sequel? If you answered “no” to the previous question, you’d be right.

Nevertheless, even though ABBA has been celebrated via numerous compilations, the 10-disc ABBA: Album Box Set (Polar/Universal) is the first of its kind domestic product. Beginning with 1973’s “Ring Ring” and concluding with the 10-song “Tracks” collection, this box set ought to be of interest to longtime fans and newcomers (if there are any of those even left) alike.

ABBA’s queer appeal shines through, like a rainbow made of ice, amongst the 10 albums, which includes 2021’s reunion album Voyage (released after a 40-year recording gap).

Over the course of ABBA’s lengthy recording and performance hiatus, its popularity seemed to increase not fade for its LGBTQ fans.

Featured in movies and associated soundtracks with strong queer draw such as Muriel’s Wedding and The Adventures of Priscilla Queen of the Desert, to name a couple, ABBA became a constant presence.

Even synth-duo Erasure, featuring gay vocalist Andy Bell, got into the act, putting out the four-song ABBA-esque EP in 1992. Diva-goddess Cher followed suit in 2018 with her ABBA album Dancing Queen.

While early hit songs, including “Waterloo” and “S.O.S.,” were definitely meant for getting down at the disco, it was “Dancing Queen” (yes, queen) from 1976’s Arrival album that earned ABBA a permanent place in rotation at gay clubs. Buoyed by a retro-disco beat and inspiring words of encouragement, “Dancing Queen” transcended gender to become a sensation (although the titular character being “only 17” might still give one pause).

Following that, ABBA made the most of the popularity of dance music on subsequent albums with tracks such as “Take A Chance On Me,” “Voulez-Vous,” “Angel Eyes,” “The Winner Takes It All,” “The Visitor,” and especially “On and On and On” and “Lay All Your Love On Me.”

But it’s not all midnight sunshine and Volvos. English not being ABBA’s first language often works against the lyrics. There’s nothing profound being said, although there doesn’t necessarily need to be. Regardless, the simplicity tends to drag the songs down, instead of elevating them.

Thankfully, the melodies and instrumentation go a long way in saving the material. The 1974 Eurovision champions were simply unstoppable, and remain so to this day.

All that queer jazz
Award-winning gay jazz pianist Fred Hersch says in the liner notes for his latest album Breath by Breath (fredhersch.com) that “string quartets are a natural musical configuration for me.” Therefore it makes sense to find Hersch teaming up with the Crosby Street String Quartet — Joyce Hammann, Laura Seaton, Lois Martin and Jody Redhage — along with bassist Drew Gress, drummer Jochen Rueckert and percussionist Rogerio Boccaot for a set of songs, including the eight songs that comprise “The Sati Suite,” as well as the Robert Schumann homage, “Pastorale,” that brings everything to a close.

Philly’s own Avi Wisnia’s newest album Catching Leaves (aviawisnia.com) is the perfect album to listen to, no matter the season. While he certainly captured the autumn mood in a Vince Guaraldi style on the title cut, Wisnia applies his warm and jazzy vocals with the same skill to the remaining tracks. He takes an unexpectedly twangy turn on “Come Home To,” and then performs Neil Young’s ordinarily countrified “Harvest Moon” in a jazz vocal setting (similar to what Cassandra Wilson did to the song on her New Mood Daughter album).

Other jazzy originals worth checking out include “You’re Wrong,” “It’s Gonna Rain Today,” “Just Another Daydream,” and “Sky Blue Sky,” while his transformation of Wilco’s “How To Fight Loneliness” is a must.

On “When My World’s In Tune,” the opening number on Great to be Here (New Blue Pajamas), Liam Forde wastes little time in showing off his jazz vocal chops, scatting and such. Forde makes it clear that this is going to be a fun jazz record, on “I Don’t Know” (check out the spoken riff), “Plaza Hotel” (complete with a nod to famous guest Eloise), “Mrs. Dudley” and “Gratitude Song.” Taking a more serious approach, he struts his comfy stuff on “Pajamas” and proudly displays his belter credentials on “Geraniums.”

Forde credits Michel Legrand as a major influence, but you can also hear Cole Porter and Noel Coward’s impact on him.

Speaking of Cole Porter, lesbian jazz saxophonist Nicole Glover covers Porter’s “I Concentrate On You” on her recent album Strange Lands (Savant). Her rendition of Billy Strayhorn’s “A Flower is a Lovesome Thing” fully blossoms, and her take on Jobim’s “Dindi” comes to a leisurely boil.

As for her original compositions, “The Twilight Zone” and the title cut each lives up to its name.

Yes, that’s Maria “Midnight at the Oasis” Muldaur joining Kim Nalley on the slinky duet of the title cut from Nalley’s I Want A Little Boy (kimnalley.com) album. Her cover of “Try A Little Tenderness” hits all the emotional buttons, and her reading of “Pennies From Heaven” jingles like a pocketful of change.

However, it’s her interpretation of Fred Rogers’ “Beautiful Day in the Neighborhood,” which takes the tune into adult territory, that’s the real revelation.

Lauded gay playwright/actor/songwriter David Cale collaborated with Carol Lipnik, of the “pitch-perfect four-octave” range, on a couple of songs from her new album Goddess of Imperfection (Mermaid Alley Music). The tunes, the theatrical story song “The Poacher” and the dreamy “A History of Kisses,” are highlights, as is the synth-driven closing track “Love.”