Stepping up and speaking out 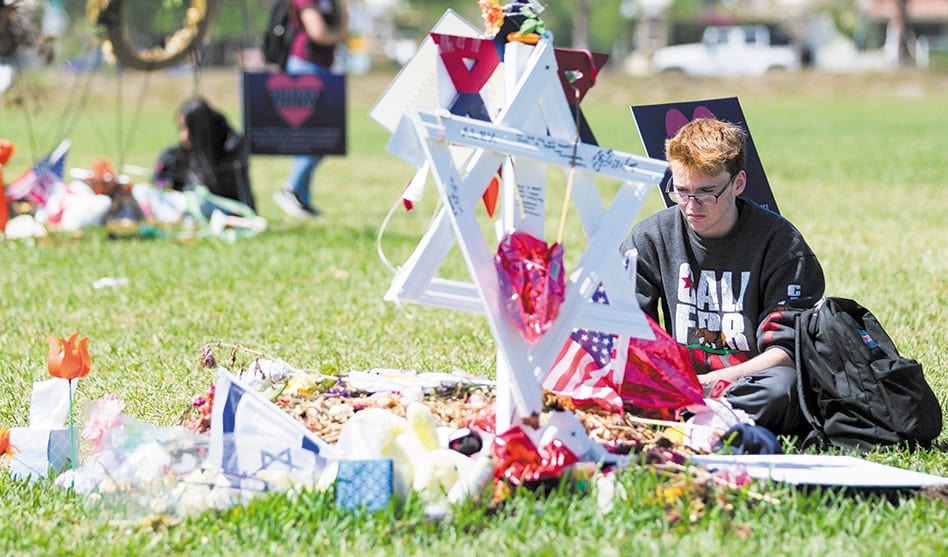 Jeremy Jacobs, 17, a senior at Marjory Stoneman Douglas, looks at a makeshift memorial, after walking out of school and making his way to Pine Trails Park in Parkland, Fla., on March 14. Numerous March for Our Lives events, sparked by the Parkland shooting, will be held Saturday, March 24, to call for gun control reform, including events in Dallas and Fort Worth. (Matias J. Ocner/Miami Herald via AP)

Openly-gay Frisco teen explains why she is helping organize March for Our Lives, other gun law reform efforts

Tammye Nash | Managing Editor
nash@dallasvoice.com
Sophie Conde was in 6th grade in December 2012 when a 20-year-old man walked into Sandy Hook Elementary School in Newton, Conn., and gunned down 20 children and six adult faculty and staff members. She remembers that day vividly.
“I remember sitting in front of the TV, being scared out of my mind, afraid that it would happen at my school,” Conde said this week. “That was more than five years ago, and things like that have been happening consistently ever since. And then last month, it happened again.”
Conde, a 17-year-old junior at Centennial High School in Frisco, said that she likes to dress up for all the holidays, and Valentine’s Day this year was no exception.
“I was sitting there in class wearing my little “heart” headband, with glitter on my face,” she said. “I have live news updates on my phone and all of a sudden I started seeing these headlines popping up. I was like, wait, what?” 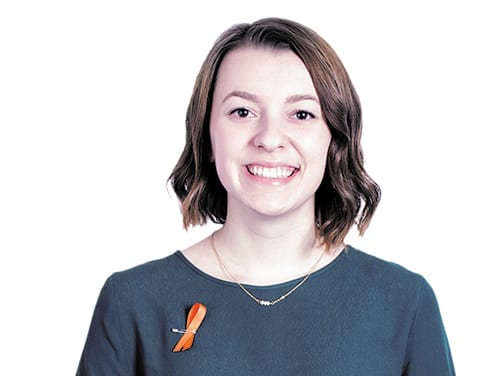 Sophie Conde, an openly-gay junior at Frisco’s Centennial High School, is one of the students organizing Saturday’s March for Our Lives Dallas. She wears an orange ribbon to symbolize support for common-sense gun control reform. (Tammye Nash/Dallas Voice)