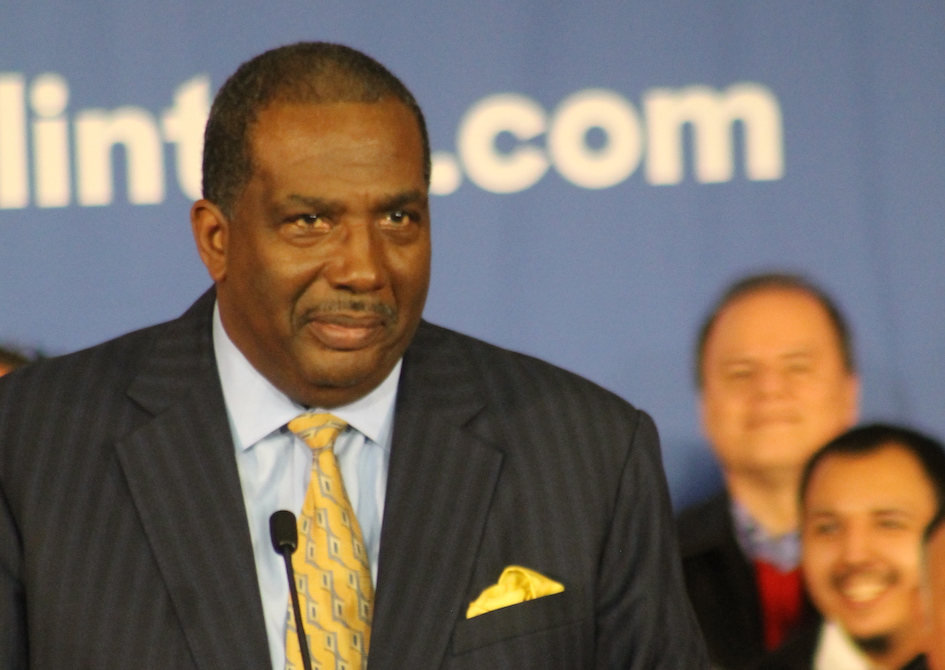 To chants of “Go West,” State Sen. Royce, D-Dallas, announced his campaign for the US Senate this morning. The state senator is one of several Democrats seeking to knock off Republican Sen. John Cornyn.

The Vice Chairman of the Senate Higher Education Committee touted his accomplishments in the Senate in his speech, including opening the University of North Texas at Dallas, public education and criminal justice reforms.

“I have spent my life as an advocate for parents and teachers to achieve world-class education for students, championing criminal justice reform, supporting workers seeking fair wages, and advocating for common-sense gun legislation,” he said.

He only mentioned Cornyn once when referring the incumbent’s silence on former Secretary of State David Whitley’s botched voter roll purge. Democrats blocked the nomination of Whitley, who was appointed by Gov. Greg Abbott. He resigned on the last day of session.

“Senator West has a lifetime record of protecting basic rights and opportunities for Texans. I have seen Royce as a leader on the frontlines fighting for equality for all and ensuring that Texans are able to get ahead,” she said. “He is a legislator that has worked with both sides to advance legislation and has worked behind the scenes to stop bad legislation from Republicans. He is someone that will work to end the partisan bickering and games in Washington to get big things done.”

“I am proud to serve as the Campaign Chair for my friend, Senator Royce West. We need someone who can beat John Cornyn and Senator West is that guy,” she said. “I have seen him fight for his constituents and work with Republicans and Democrats to accomplish great things for Texas. He is the best candidate in the Democratic primary because of his lifetime of work advancing the causes important to Democrats and investing in the party and he is the best candidate for the general because he can beat John Cornyn and restore bipartisan cooperation to Washington.”

West, a lawyer, was first elected to the Texas Senate in 1992 and has only faced token opposition since. He was reelected in 2018 for another term. He will not have to give up his seat to run.