Standing up for equality 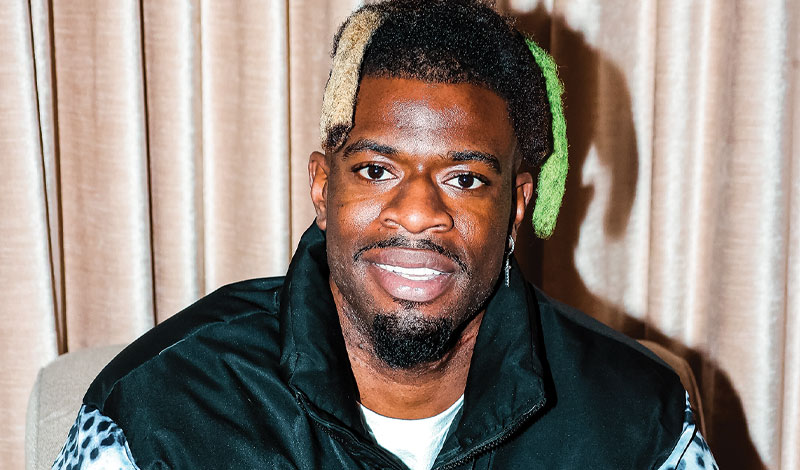 The Dallas Mavericks are celebrating their fourth Pride Night event on Saturday, Jan. 15, during their game against the Orlando Magic at the American Airlines Center. And the team’s LGBTQ community liaison, Kathy Jack, this week said Mavs Pride night is about a lot more than just bringing more people to a game.

“It’s very important that the Mavs do this for the LGBTQ community and for every community. That’s what they practice; their big thing is inclusivity and diversity,” Jack said.

“I have been a Mavs fan for as long as I can remember,” she continued. “But a lot of my friends never went to the games because they just never felt like they would be accepted, or they were afraid they’d get pushback [from homophobic sports fans]. The Mavs felt it was extremely important to change that perception. That’s one reason they hired me, and it’s one reason they started having Pride Night events. And since the Pride Night events started, I have seen a huge difference in the number of people from our community who are attending the games.”

Jack said that the Mavericks organization sees Pride Night events as “a way for them to show they are accepting of LGBTQ people and to show that they want LGBTQ people to be included in everything Mavs. They want people from all over the Metroplex, from all different communities to be part of the Mavericks. This is a very inclusive company that I work for.”

An advocate for the team
In 2013, Jason Collins became the first active player in the NBA to come out as a gay man. But nearly nine years later Collins, who retired from pro basketball in 2014, is still the only player to come out while still active in the league.

More professional athletes in a variety of sports are coming out these days as supporters and allies of the community. But newly-minted Dallas Maverick guard/forward Reggie Bullock has taken it a step further: He’s not just an ally; he is an advocate.

In July of 2014, Bullock’s transgender sister, Mia Henderson — who was 26 then and Bullock’s oldest sibling — was stabbed to death in what Bullock describes as anti-transgender hate crime in Baltimore. In 2015, Baltimore police arrested a man named Shawn Oliver and charged him with first degree murder in Henderson’s death. But even though DNA evidence found under Henderson’s fingernails linked Oliver to her murder, a jury found him innocent of all charges.

His sister’s murder, Bullock — who lost a second sister to violence in 2019 when his younger sister, 22-year-old Keiosha Moore was shot to death in Baltimore — said this week that Henderson’s murder put him on a new path.

His older sister’s murder “was a tough situation for me and my family, but we stayed together throughout the whole process, even though, we didn’t win the case for my sister. But deep down, I feel like we pretty much knew who it was and how it happened.”

Bullock said that while he “didn’t really understand” his sister’s identity or about the LGBTQ community when she was still alive, her death made him start to put things into perspective.

“I first started to stand up for the LGBTQ community in 2016,” he said. “I first started that journey [toward understanding] when I was with the [Detroit] Pistons, and then I went to L.A., and when I was with the Lakers, I was able to broadcast it a little bit more. I felt like it made my name a lot bigger than it was back then [which helped him accomplish] all the stuff I do off the court with the community. It’s been a great thing for me, and I’ve learned a lot.”

Bullock said he believes it is important for athletes such as himself to use the platforms they have to advocate for equality and against violence and discrimination against the LGBTQ community. “There are millions of people all over the world that follow what we do on the basketball court,” he said. “But a lot of my success has come off the court in the things that I can do for the community, things to try to [increase] equality for people all over, with all different shades of skin color. Back home in North Carolina, I do things to give back and try to do things for people in my community. I think it’s very important for people who have some kind of platform to stand up for these issues.”

Bullock joined the Dallas Mavericks last October, the same month that Texas lawmakers, during their third special session of the year, passed a law prohibiting transgender youth from playing sports on teams aligning with their gender identity. “My sister Mia was an athlete when we were younger, when we were growing up. She was very talented at basketball; she wwas very talented at a lot of things,” Bullock recalled. “I just think that whatever a person feels like they want to do in life, there shouldn’t be restrictions on them getting to do those things. We are all human people, and I think we should all have the same equality.”

And recognizing that common humanity, Bullock said, is the key to ending the discrimination and violence. “I think we have to try to continue bringing more awareness to people who don’t know much about the LGBTQ community, try to inform them that [LGBTQ people] are human, and they just want the same respect that everyone else in the world wants.
“I had to learn that from my sister,” he continued. “She was always a happy-spirited person, and I just feel like it was a part of me to learn from her and see what she had to go through on a daily basis. People just need to increase their knowledge and keep trying to empower themselves to learn more.”

And, Bullock continued, now that he is in Dallas, he wants to keep working here to make kind of growth and empowerment happen. “I think it is very important for me to be able to do that in Dallas. The best way is to stop the violence is to continue to bring awareness, and seeing people like myself, a straight guy that stands up for the community, can help. [I hope that] just seeing that they have people like me on their side can help.

“I will do whatever I can in the city of Dallas to try [stem the violence against transgender people and others in the LGBTQ community]. I will just try to do my job and use my platform to bring awareness to people who are lost, like I was myself when I was younger.” 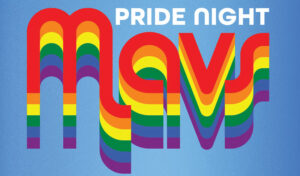 The evening starts with a Pregame Pride Party at 6:30 p.m. in the Michelob Ultra Club, and those who got Pride shirts can pick their shirts up there beginning with the Pregame party through halftime.

Tip-off for the game against the Orlando Magic is at 8:30 p.m., and special Pride Night photos celebrating the history and heroes of the North Texas LGBTQ community will be displayed throughout the game on the jumbotron.

Stick around after the game for a message from Mavs player and LGBTQ advocate Reggie Bullock. 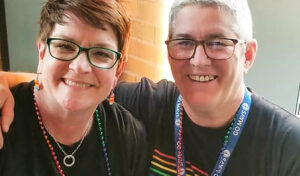