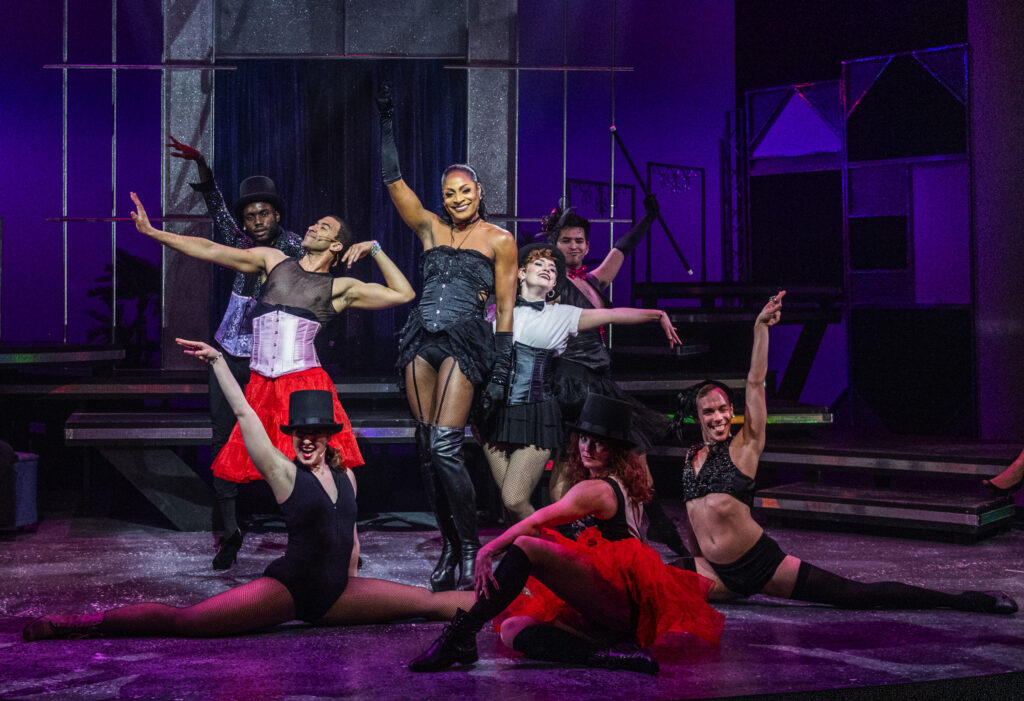 Uptown Players has announced its 19th annual fundraiser Broadway Our Way ’22 opening Thursday, June 9-12 at the Kalita Humphreys Theater. The team behind BOW includes writer and director  B.J. Cleveland, choreography by Andrew Coopman with music direction by Kevin Gunter and Kelley Poche Rodriguez with musical arrangements by Adam C. Wright.  A fan favorite, the show features actors from past seasons performing Broadway showtunes past and present, but with a fabulous twist. This year’s cast of 22 will sing and dance to 30 songs from recent Broadway hits to classic revivals including Oklahoma, Tick Tick Boom!, Funny Girl, West Side Story, Wicked, Mean Girls, The Prom and Next to Normal.

Collins produced and starred in the film of A Very Sordid Wedding and returned to Uptown for the world premiere stage production last fall. He appeared in Southern Baptist Sissies with Uptown. Collins co-produced and recurred in LOGO’s Sordid Lives: The Series.

McIver began his career at six, winning the title of Star Search’s Junior Vocalist Champion. TV and film roles include Full House, The Little Rascals, The Nanny, Home Improvement, Clueless and The Drew Carey Show. He has been seen on the Uptown stage in Priscilla, Queen of the Desert (Felicia) and The View Upstairs (Wes). As a singer / songwriter, Blake recently wrote and performed the end credit song in Del Shores’ film A Very Sordid Wedding. 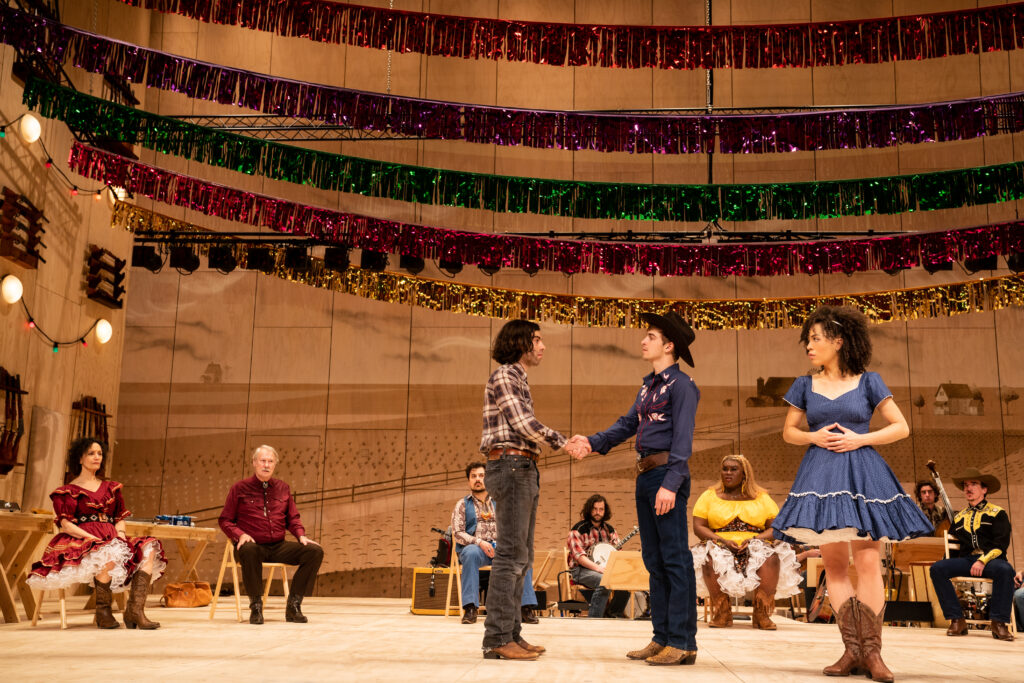 The company of the national tour of Rodgers and Hammerstein’s ‘Oklahoma!’ (Courtesy photo)

I will openly admit I have never seen Rodgers and Hammerstein’s Oklahoma onstage before. And I saw the movie too many years ago to remember it, but after watching the current revival of the show by Broadway Dallas at the Winspear Wednesday night, I can certainly see how polarizing the show can be. This defintely was not your grandpa’s Oklahoma.

Honestly, I think I will  forever be processing this show. In  many ways, director Daniel Fish’s revival clearly reveres the original but also seems to give a defiant middle finger to theatrical productions. Not only did Fish bring a hefty amount of realism to the theater classic but just blatantly defied rules with crew in everyday clothes coming onstage to change out props or the use of film cameras onstage. To describe Oklahoma! as avant-garde seems like we’re in a multiverse of madness.

In an interview with Dallas Voice, actor Hennessy Winkler, who played Will Parker, discussed how darker elements of the show aren’t glossed over by singing and dancing and certainly that was the case here. The drama was often intense but there was still room for the humor and livelier dance numbers. The show’s approach to suicide, sex and murder were not subtle.

I can’t criticize a fresh approach to an old show. I find it respectable when theater can reimagine the classics in far different ways than we’re used to. The execution however — well, that was a different thing.

Several things were amiss in Wednesday’s performance that were hard to determine if it was the actors or the tech. Sean Grandillo’s Curly suffered primarily from Grandillo’s undistinguishable vocals. He did not have that gravitas to deliver the acoustic titular opening number and often sang under the music. Ado Annie, played by Sis, had the best moments onstage of all the actors but her vocals often gave way to mumbled lyrics. As Laurey, Sasha Hutchings was divine in her singing and performance as was Winkler, Christopher Bannow as Jud, Benj Mirman as peddler Ali Hakim and Barbara Walsh as Aunt Eller. They all rose above the others with sublime singing.

The staging itself was a problem. With such a vast room, there was no intimacy in a story that centered much on personal relationships and flirting. But the use of darkness was a revelation in more emotionally-focused scenes. Rather than just spotlight the characters, the lights went out in Oklahoma! and returned with a slow fade up. The effect was impactful but jarring as well.

The first act had very low-key energy which wasn’t helped by an audience seemingly trying to figure out what they were seeing, but the second fared better with higher energy and drama. The interpretive dance that opened the second act was confusing lending nothing to the show’s tone and never blossomed into something poetic. Fish didn’t sacrifice the joyfulness of signature songs, but the finale was a shocking end that changed the perspectve of the number.

This Oklahoma! felt more like an experience than a production. Perhaps sometimes, it felt like a work still in progress but without anything to compare it to, it wasn’t short on impactful emotion and drama with a few fun dance numbers thrown in.

At the very least, Oklahoma! will spark some post-show conversation for sure.

Oklahoma! runs through June 12 at the Winspear presented by Broadway Dallas.

A look at Bruce Wood’s SPRING

As a preview, BWD released these photos of Slip Zone and The Rite of Spring taken by Sharon Bradford. Tickets are avaialble now for SPRING by clicking here. 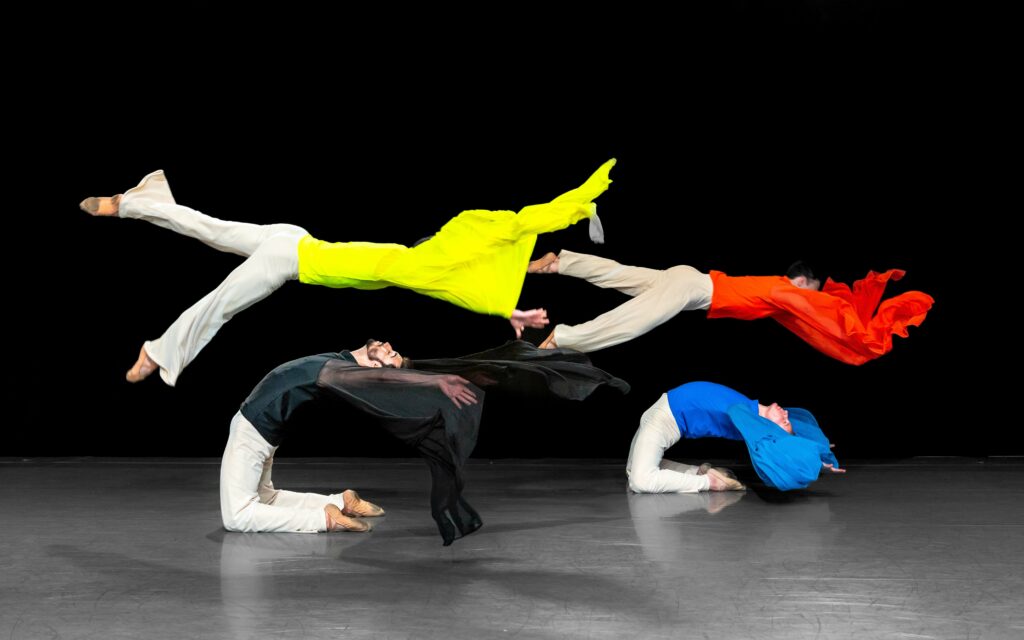 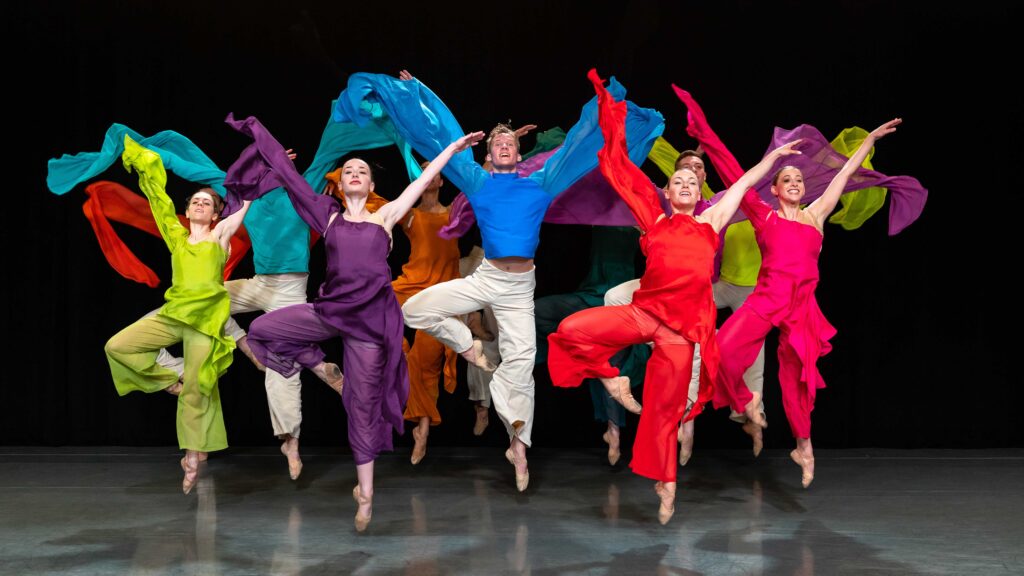 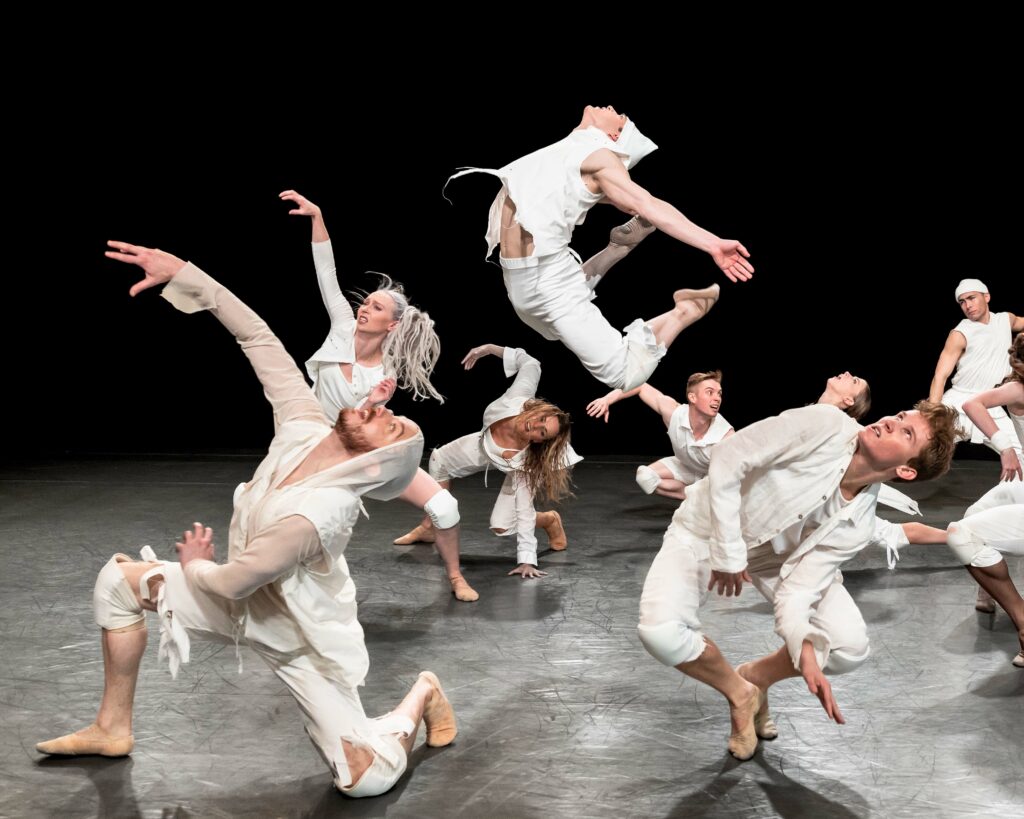 ‘The Rite of Spring.’ 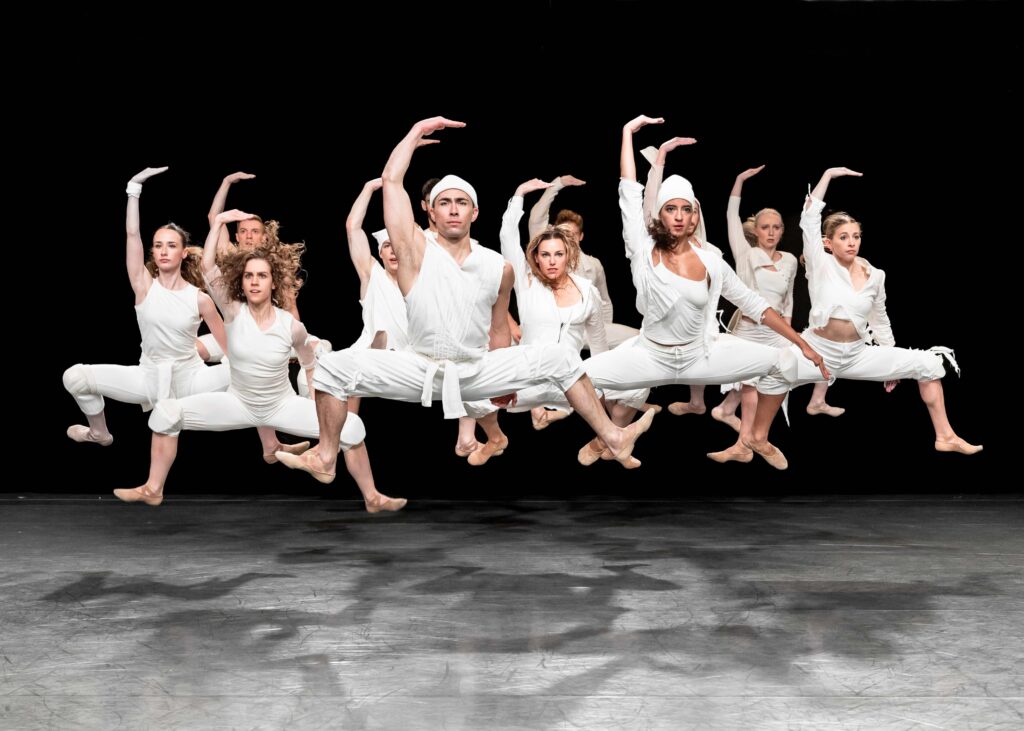 The Women’s Chorus of Dallas:Pop DIVAS! fundraising concert, 7 p.m. Saturday at Sammons Center for the Arts.

Dallas Symphony Orchestra: Yanga in partnership with the Latino Arts Project and African American Museum, 7:30 p.m. Tuesday at the Meyerson.

Ochre House Theatre: Under the Moon (In the Garden series), through Saturday.

Richardson Theatre Center: A Funny Thing Happened On The Way To The Forum, through Sunday.

Broadway Dallas: Oklahoma!, through June 12 at the Winspear Opera House.