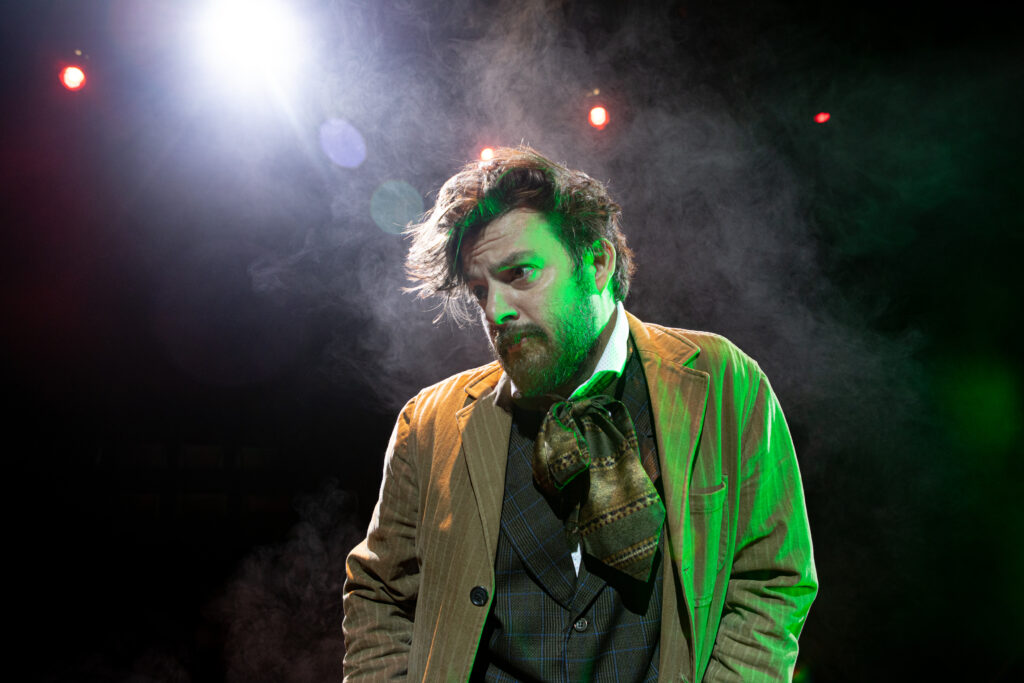 Theatre Three kicks off  its new year with The Elephant Man

Theatre Three will start 2023 with The Elephant Man on the Norma Young Arena Stage. The drama by Bernard Pomerance will run in previews Jan. 19-22 and run through Feb. 19.

Directed by T3 Artistic Director Jeffrey Schmidt, this dark, biographical classic tells the story of John Merrick, an intelligent and friendly man shunned by Victorian-era society and called a “freak” due to his skin and bone disorders. Under the care of physician Frederick Treves, Merrick begins to slowly evolve only to be denied his ultimate dream: to become a man like any other. Starring Dallas favorite Drew Wall as John Merrick.

“Why is The Elephant Man relevant today?” Artistic Director Jeffrey Schmidt asks. “From a distance, this play can be viewed as an examination and excoriation of colonialism and the often reckless approach to science and medicine at the turn of the last century. The repercussions affect us to this day. Looking closer, the play asks “How easily do our base animal instincts kick in when the opportunity arises?” and “How can such cruelty and such empathy exist in one species?” Personally, I have always struggled to understand why so many fear what they don’t understand. It’s much easier and fulfilling to meet the unknown with wide-eyed amazement!”

Lyric Stage’s next show will be Elton John & Time Rice’s AIDA in February. Set for Valetine’s weekend, the musical will take place at the Majestic Theatre Feb. 15-19.

Directed by Sasha Ada Maya, this classic musical tells the tale of an enslaved Nubian princess who finds her heart entangled with an Egyptian soldier who is betrothed to the Pharaoh’s daughter. As their forbidden love blossoms, Aida is forced to choose between her responsibility to her people and the love of her life.

Based on the Verdi opera of the same name, this tale of love, loyalty and betrayal is considered to be one of the most epic romances of all time. With Music by Elton John, Lyrics by Tim Rice, and Book by Linda Woolverton, Robert Falls, and David Henry Hwang, AIDA was originally produced by Walt Disney Theatrical and ran on Broadway for 1,852 performances, winning four Tony awards during its run.

For the first time ever, Lyric Stage is offering an Orchestra VIP Ticket for $100, which includes orchestra pit seats plus an exclusive champagne meet and greet with the cast after the show. It’s the best seat in the house – the perfect way to celebrate Valentine’s Day.

MainStage Irving-Las Colinas announced the cast, creative team, and performance dates on Wednesday for its upcoming production of Intimate Apparel, written by Lynn Nottage – the first female playwright to win two Pulitzer Prizes. Inspired by a true story, the show explores the effects of racism and classism and the social oppression of women. The show runs March 10-25 and will be directed by Dennis Raveneau.

“This is the story of a young African-American woman who has migrated to New York in pursuit of her dreams through her work as a seamstress. The play, in Nottage’s own words, explores ‘the unexpected intersections between class, race, and gender at the turn of the (20th) century, and what happens when people across cultural and economic divides are thrust into spaces of intimacy.’” Ravenaeu said in a press release, “It’s a powerful story with vital and memorable characters, a moving tale of romance, independence, and acceptance, that challenges audiences, even today, to take a hard look at what lies just underneath outer appearances.”

Set in 1905 in turn-of-the-century New York, Intimate Apparel tells the story of Esther, an African-American woman who makes her living sewing beautiful corsets and ladies’ undergarments. Seeking love and romance, Esther eventually embarks on a letter-writing relationship with a mysterious suitor laboring on the Panama Canal. But when he moves to New York and their marriage begins to take an unhappy turn, Esther realizes that only her self-reliance and certainty of her own worth will see her through life’s challenges. A story of self-discovery stitched together with love! 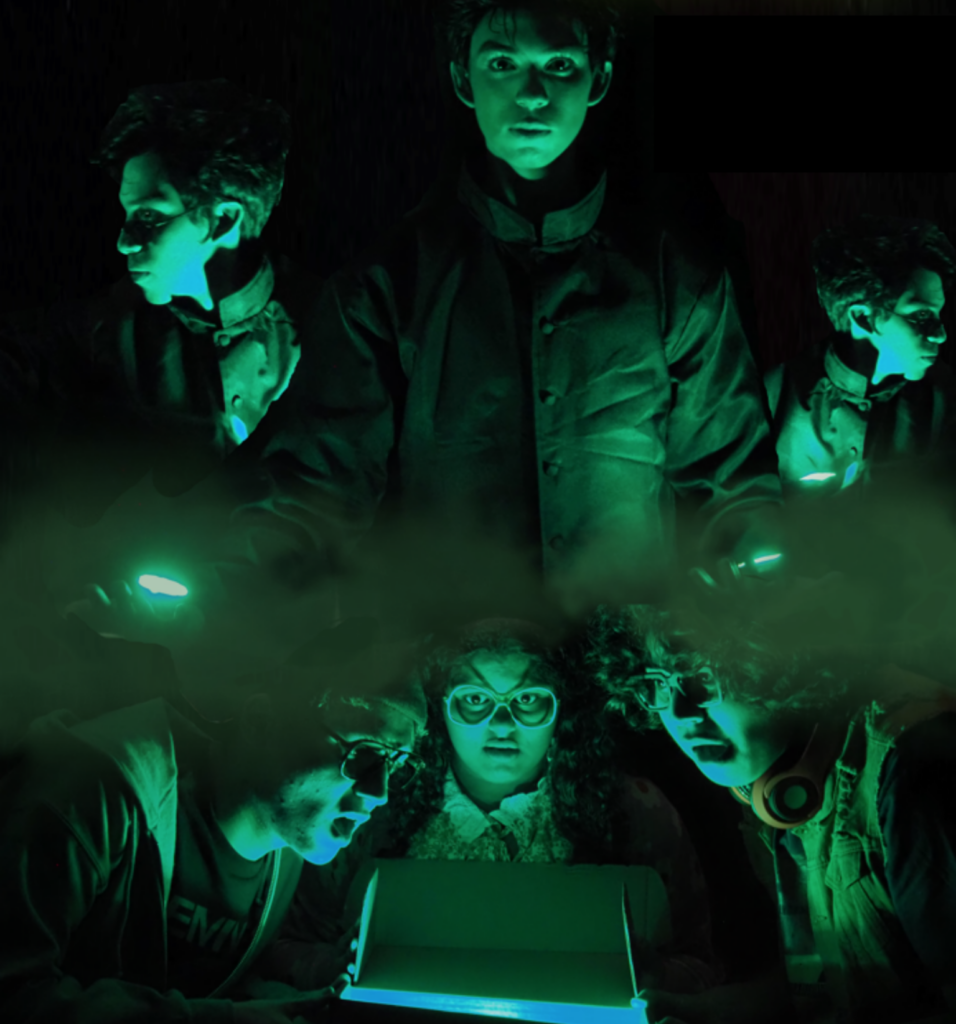 Fort Worth Symphony Orchestra: Meet the Composer with Stacy Garrop, 6 p.m. today at the Kimbell.

Dallas Symphony Orchestra: Shostakovich and Korngold, today-Sunday at the Meyerson.

Shen Yun, Friday and Saturday at the Winspear. 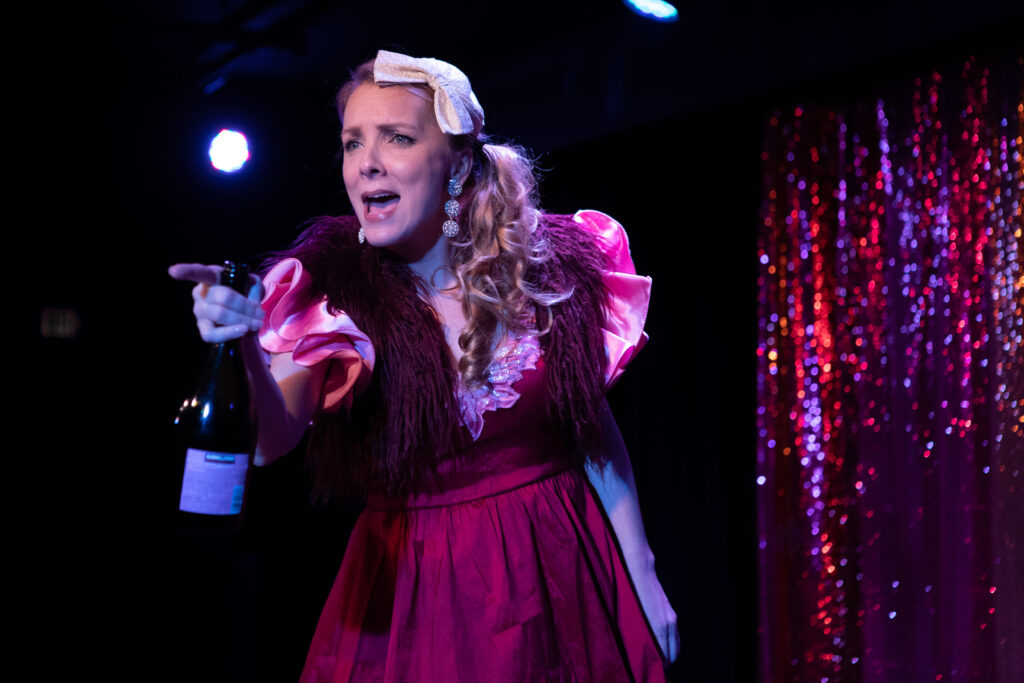 Pegasus Theatre: The Dimension of Death (in Living Black and White), through Jan. 22 at the Eisemann Center.