I am thinking of changing the title of this column to “Dispatches from Hell,” because I truly feel like every week is just another barrage of awful news stories, most of them with Trump at the center. And SO MANY PEOPLE ARE DYING! And the Trump Administration’s current messaging on COVID-19, even as some states are rapidly reaching peak levels, is, “Let’s be more racist.”

I did, though, want to give a shout-out to the brave woman in Arizona who ransacked a mask display at her local Target and filmed it all to inspire us all. And I am definitely inspired — inspired to declare that anti-maskers are the fucking worst.

It’s been a while since I did a meat-and-potatoes “Creep” column because of the country being on fire and all. So this week, I decided that it had to be about someone other than Trump (though his racist Fourth of July rant at Mount Rushmore was prime “Creep” material).

And so this week, I give you Mark Chambers, former mayor of Carbon Hill, Ala.

A Facebook friend commented that they feared for the country their grandkids would live in and that it would “take a revolution” to change things. 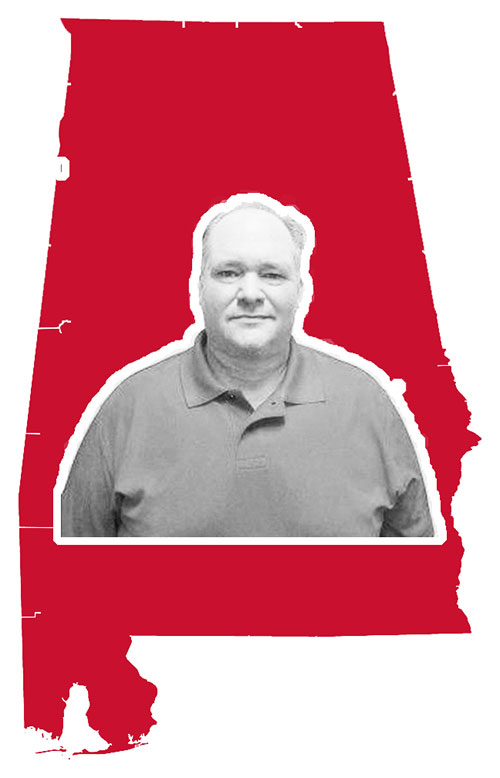 Chambers’ response was to call for murder: “The only way to change it would be to kill the problem out. I know it’s bad to say, but without killing them out, there’s no way to fix it.”

Aww, he knew it was bad to say. And yet, he still said it. Actually, he didn’t just say it. He typed it out and then decided to post it to a very public platform.

According to The Advocate, Chambers told WBRC FOX6, “I never said anything about killing out gays or anything like that.”

But when the reporter read his own words to him he said, “That’s in a revolution. That’s right! If it comes to a revolution in this country, both sides of these people will be killed out.”

Oh, he just meant kill gays in a revolution. Got it. Totally OK then. Carry on.

And so people called for Chambers to resign, and he did. The end.

Ha-ha! Just kidding! He posted the “kill the problem” comment more than a year ago. And he’s remained the mayor ever since.

Violent homophobia and virulent racism go hand-in-hand, and Chambers just found himself in the center of that very tight Venn diagram.

The University of Alabama football team, the Crimson Tide (who are not, sadly “the fighting tampons” — truly a missed opportunity), posted a video on June 25 that featured players and coach speaking against racism that ended with the refrain, “All lives can’t matter until Black lives matter.” Well, with that, Chambers had finally had enough. He posted on Facebook that he was getting rid of University of Alabama football memorabilia.

“Their sorry-ass political views is why their [sic] getting out of my house,” he posted, followed by, “When you put Black lives before all lives they can kiss my ass.”

This brave stand was followed soon after by a one-line resignation letter reading, “I quit the job of mayor effective June 27 at 4:30 p.m.”

Carbon Hill, Ala., has been through some shit lately. In April, a tornado tore up their town. In March, the body of a city council member’s wife was found in a creek (Spoiler alert: The husband did it). So, frankly, getting rid of an openly homophobic and racist mayor is actually a little bit of light in an otherwise dark few months.
Stepping in to replace Chambers is April Kennedy Herron, a white woman and the city’s first woman mayor.

Regarding Chambers’s comments, Herron told Daily Mountain Eagle, “Everybody has the right to their opinion, but nobody is free of consequences. That’s just how it is. I don’t share those views, never have. I wasn’t raised that way.”

Then the Daily Mountain Eagle asked if Carbon Hill was “racially divided.”

“I’ve never realized it,” she said. “It wasn’t this or that, or his and hers, or mine and theirs, or Black and white. It was just Carbon Hill.”

Considering the mayor she’s replaced, who was in office since 2014, was ousted for being a racist I’d say Carbon Hill, like the rest of America, is going to need more than hope. I wish her the best.