Out actor brings his own flair as Damian in ‘Mean Girls’ 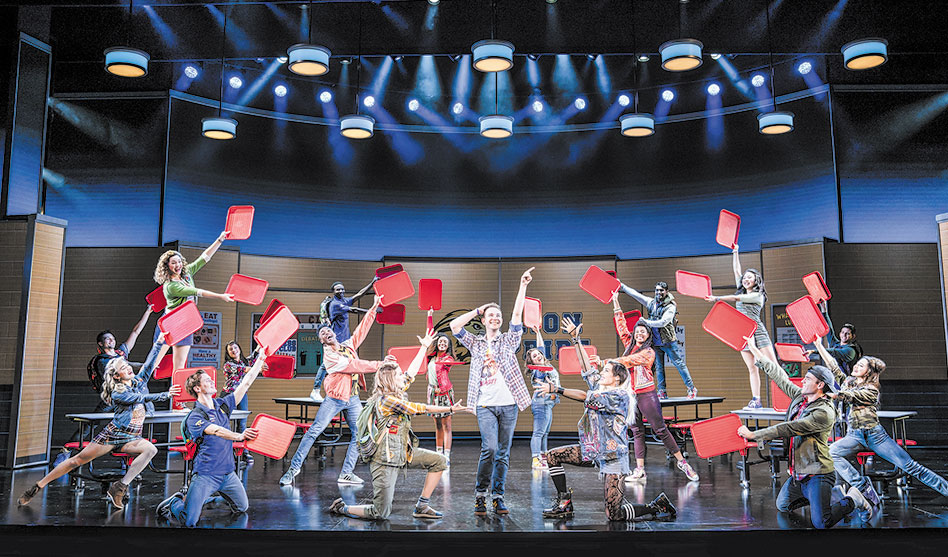 Out actor brings his own flair as Damian in ‘Mean Girls’

Mean Girls brought fetch to Dallas at the Music Hall at Fair Park by Broadway Dallas this may and is doing it again this July in Fort Worth at Bass Performance Hall. The 2004 film, written by Tina Fey, has become a queer fave with its snappy one-liners, female empowerment message and one gay hero among the bunch. And now the high school comedy about frenemies and fetch-ness has received the musical treatment. (“So fetch,” in case you don’t know, means “So amazing.” It’s one of Gretchen’s phrases in the show.)

Out actor Eric Huffman plays Damian, the gay best friend in the stage version and is, perhaps, the prototype for future GBFs in subsequent teen films, as immortalized by Daniel Franzese.

At the time of this interview it was opening night for Mean Girls in Dallas, Huffman talked about that experience as well as stepping into a role that he grew up with and how queer stories are growing in theater.

Dallas Voice: This (past Tuesday) is opening night for you. Are those different each time or just another day at work? Eric Huffman: Well it’s kind of both actually. We always have the same people but then it is a different city with different local crews and a new audience. But for a while, there were no shows.

Oh yeah. Mean Girls was happening for you, and then COVID-19. The pandemic happened right in the middle of the run. We were onstage for just a year and then we shut down. It was the strangest thing, because we were initially told three weeks.

Then it was three months, and then it just kept not happening. So we didn’t know how to plan our lives because we might go back onstage. So we were truly stuck in a limbo. But the company was good to us, and I felt very taken care of.

Well here you are in Dallas, and not only is Mean Girls iconic to gay audiences, but Damian, your character, is very much iconic. He is. The thing I find most unique about him is that’s one of the few openly gay characters who doesn’t have a love interest which, in its own way, is groundbreaking. It’s just a fact that’s not part of the plot. I think his sole purpose is being a good friend which is so cool.

How did you approach the part? So, Mean Girls may not seem that deep, but we really analyzed the show — like we would Hamlet. I approached him as his main purpose being the opposite of Regina. She’s so mean and cutting, and he’s the opposite. Regina is a bad friend to Cady, so she can see in him what a good friend is.

What’s interesting about theater right now are these movies-turned-musicals, but, also, the actors playing in them have a point of reference by merely growing up with them. The movie came out when I was 14, and it came out right before I came out, so it resonated with me. There’s definitely an intimidation aspect because there’s a responsibility to do it justice that you don’t get with other shows. I have to land these one-liners every night because the audience is waiting for it. It can be a bit nerve-wracking.

You were also in Book of Mormon, another very queer-friendly/forward show. Does your identity intersect at all with your work and your choices? Being queer onstage can be limiting, and you still get cast as a stereotype. The industry has a lot of work to do. Identifying as I do, performing that way is so empowering, and I think the world is ready for these stories and characters. I’m excited to be a part of that.

Now, it’s not that I don’t or can’t play a straight character, but I get excited about queer stories and characers.

Do you notice who your audiences are? Because of the movie, the appeal seems large. We have two distinct audiences who come: This maybe late-20s/mid-30s audience and a very strong showing of young teens just excited to be in the theater. It’s so great to see that level of excitement and that this entertainment works and deserves just as much a voice.

OK, you forgot the gay male audience. Oh yes! OK, we have three distinct audiences. I can usually find the one gay man wearing a pink polo in the audience.

Mean Girls runs July 26-31 at Bass Hall. For tickets or more information, visit BassHall.com. Ed. note: This article was updated to reflect the Fort Worth performances.