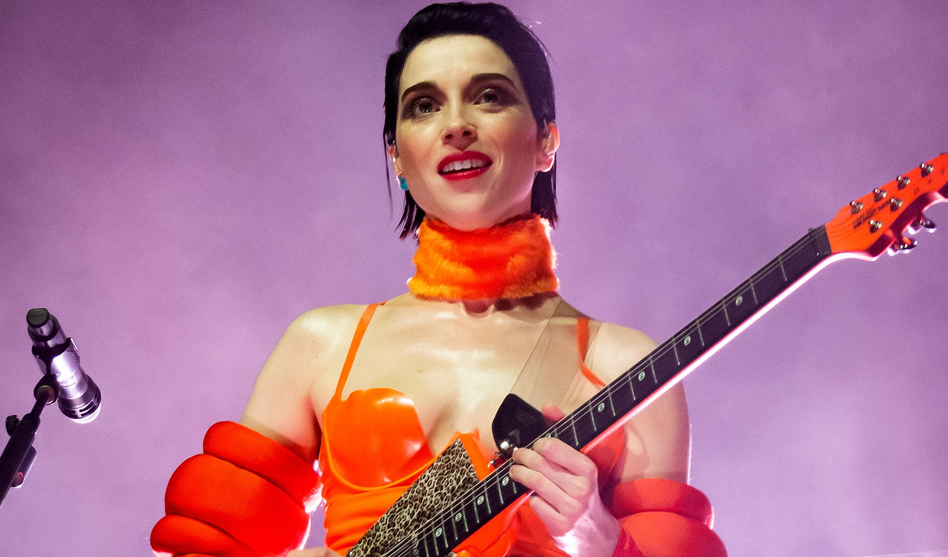 St. Vincent performing at the Hollywood Palladium in October 2018 (Photo by Justin Higuchi)

Saturday Night Live is coming back with three new and actually live shows, beginning this weekend. And LGBTQ artists St. Vincent will be the musical guest for the second of the three new shows.

SNL alum Maya Rudolph hosts for the second time this Saturday, March 27, with Jack Harlow, in his first appearance, as musical guest.

Rudolph, part of the SNL cast from 2000 to 2007, is a two-time Emmy Award winner for her work on Netflix’s Big Mouth and for her performance as Vice President Kamala Harris on SNL.

Harlow was recently nominated for a Grammy Award for his hit single “What’s Poppin,” off his debut studio album, Thats What They All Say.

Kaluuya stars in the Oscar-nominated Judas and the Black Messiah, currently out in theaters. He has been nominated for a Academy, BAFTA and SAG awards for this role in the movie, and has already won a Golden Globe Award.

First-time host for the April 10 SNL will be Carey Mulligan, who has been nominated for Academy, Golden Globe and SAG awards for her work in the Oscar-nominated Promising Young Woman, available now on demand.

Musical guest on April 10 will be Grammy winner Kid Cudi, making his SNL musical guest debut. His newest studio album, Man on the Moon III: The Chosen, marked his fifth Top 10 album on the Billboard 200 chart.

Saturday Night Live is produced in association with Broadway Video. The creator and executive producer is Lorne Michaels. Every season of SNL is now streaming on Peacock.