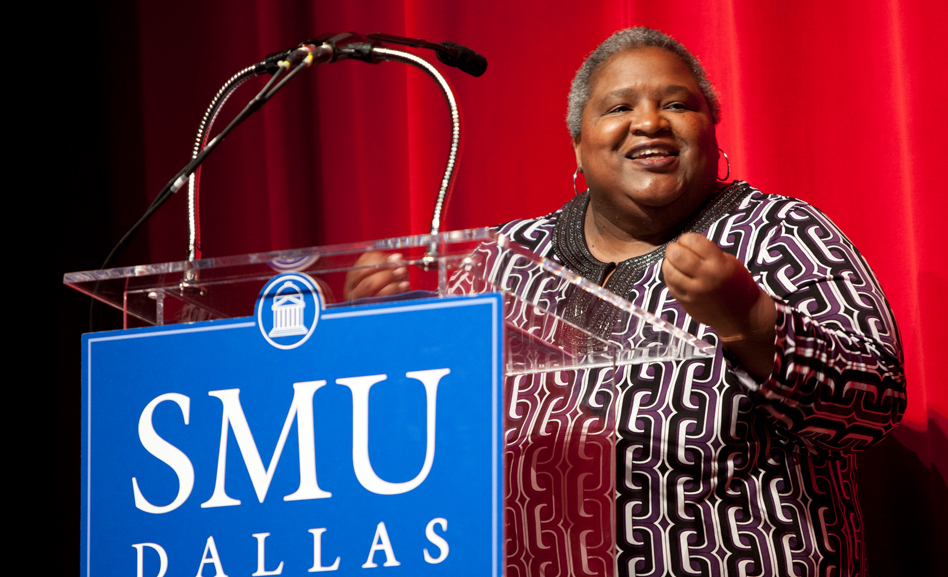 Turner said, “The appointment of Dr. Dixon Hall to this important position is an institutional commitment to meaningful engagement and real progress in the person of a campus leader for whom equity is a passion. Naming her to this position strengthens SMU’s mission to embrace excellence, integrity, intellectual freedom, open dialogue, diversity and inclusion.”

Dixon Hall said she is “deeply honored and humbled to be appointed by President Turner to serve our university in this critical role.

“We are at an important crossroads for our country and campus, and the challenges to reweave the fabric of civility, diversity and inclusion that binds us are daunting,” she continued. “However, I believe that as Mustangs, we are more than able to meet this challenge together in authentic and collaborative ways that affirm the sacred worth of every student, staff and faculty member. Every day, I hope you will walk with me on the journey to create a campus where every Mustang knows they are valued.”

Dixon Hall is currently senior advisor to the president for Campus Cultural Intelligence Initiatives and associate professor of corporate communications in the Meadows School of the Arts. In her new position, she will report directly to the president.

According to an emailed statement, Dixon Hall will “serve as a senior-level resource and a strategic partner to collaborate with SMU faculty, students, administrators and staff — both initiating and reporting the outcome of diversity initiatives, policies and programs.She will work to align the university’s efforts to recruit, retain, support and promote diverse faculty, staff and students and will convene a University Diversity Council to connect the missions of the diversity officers of each school and administrative unit.”

Dixon Hall will also supervise a yet-to-be-hired for the newly-created position of university ombudsperson who will provide “confidential, neutral counsel for faculty, students and staff who encounter conflicts relating to such things as race, ethnicity, gender, sexual orientation or religion,” the press release continued. Complaints of discrimination on a protected basis that may violate the university’s nondiscrimination policies remain the responsibility of the Office of Institutional Access and Equity.

And Dixon Hall will continue to coordinate the delivery of SMU’s Cultural Intelligence and anti-bias training for all members of the SMU community.

In the wake of the ongoing national turmoil sparked by the May 25 death of George Floyd at the hands of a Minneapolis police officer, “Black students, faculty, staff and alumni at SMU used social media and other communications to share current and past incidents of campus racism and institutionalized bias,” the press release said. “Turner, Dixon Hall and other campus leaders began a series of virtual town halls with members of SMU’s Black community in June to listen to their experiences and concerns and begin working together to develop an action plan for systemic change at SMU.”

In a June 12 letter addressed to the SMY community, Turner wrote, “These important conversations and the themes that are emerging from them are just the beginning. But one thing is very clear: Our Black students, staff and faculty need more allies and advocates on campus to create an environment where they feel they belong.”

“While meetings with members of the campus community continue and the development of the action plan is ongoing, Turner stressed that appointing Dixon Hall as Chief Diversity Officer is a meaningful change that should occur at SMU now,” the press release noted.

Dixon Hall began developing SMU’s Cultural Intelligence Initiative in 2016 as an alternative to traditional diversity training. CIQ@SMU seeks to give members of the SMU community behavioral skills needed as they work, learn and live respectfully and well with people from different cultural backgrounds. The Cultural Intelligence Initiative began offering its “Hidden Scripts” seminars focused on the language of implicit bias in Spring 2018.