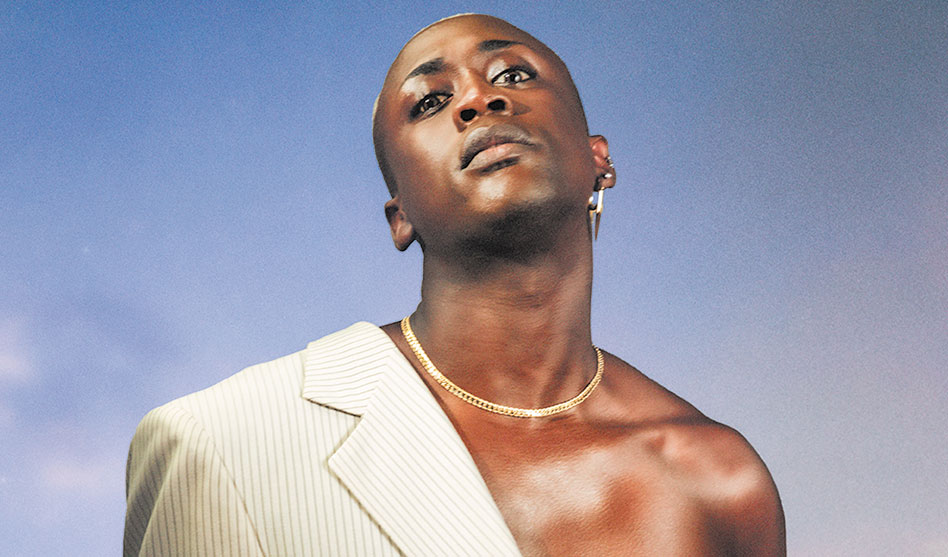 VINCENT headlines Turn Up The Love.

AT&T brings Pride to downtown with Turn Up the Love

Every June, we’re bombarded with every type of business, corporation or take-your-pick touting rainbows and wishing Happy Pride — until July 1. AT&T wants to assure its support is year-round but is celebrating Pride with its Turn Up The Love tour, landing in Dallas on June 24 at the AT&T Dallas Discovery District.

Singer VINCINT headlines the series that benefits the Trevor Project, but the Dallas edition will feature some hometown flavor with performances by Alison Ponthier and Brayla in a night hosted by Drag Race’s Silky Nutmeg Ganache.

But Turn Up the Love isn’t just a concert series, it’s a perpetual philosophy of the corporation.

“AT&T Turn Up the Love is a year-round event and editorial initiative to celebrate the LGBTQ+ community and to promote acceptance and allyship,” Robert Hebert, lead manager of marketing communications, said in an email. “We turn up the love by celebrating important moments for the community, by promoting acceptance and by connecting people to important resources like The Trevor Project.” 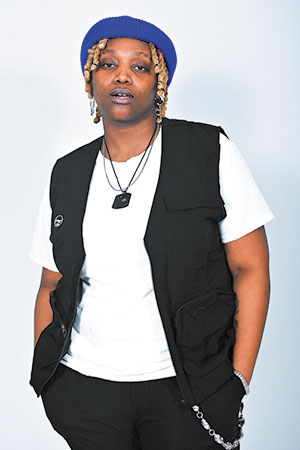 The corporation’s relationship with the LGBTQ community has been longstanding. AT&T began early on to a safe space for queer employees, Hebert said, noting that the company’s pro-gay practices began back in the 1970s.

“In 1975, AT&T became one of the first major American corporations to adopt a policy prohibiting discrimination against employees based on sexual orientation, now expanded to include gender identity and gender expression,” he said. “And in 1987, The LEAGUE at AT&T was established, making it one of the first and oldest LGBTQ and ally employee groups in the nation, whose work and service positively impacts local LGBTQ+ communities year-round.”

Next weekend, AT&T steps up by turning up and, quite literally, will provide a platform — okay, a stage — for queer voices this Pride month.

“For this year, AT&T Turn Up The Love continues to advance its mission to amplify LGBTQ+ voices and harness the power of musicians and artists as universal truth-tellers to create awareness of the importance of love and acceptance, Hebert said.

Brayla brings it home
Hailing now from Philadelphia, Brayla will return to her hometown for her opening performance. The out lesbian singer is ready to bring her brand of soul to Dallas, especially for Pride. And with this audience, the 22 year-old should find some new exposure for her music.

Her soulful sounds and chill vibes are her way to connect with listeners, she said by phone. “I think I try to be limitless in my music,” she added. “Every time I create music or release something, I use that to become relatable to those who are listening.”

Brayla left Dallas to attend Berklee College of Music and pursue her music dreams. After graduation in 2021, she set out to conquer the world in song. It is a goal she is unapologetic about.

“Ultimately I’d love to live in a huge mansion with my partner and have a studio to just record and produce there for the rest of my life,” she said. “Right now, I’m working on getting all the resources I need to make that happen.” 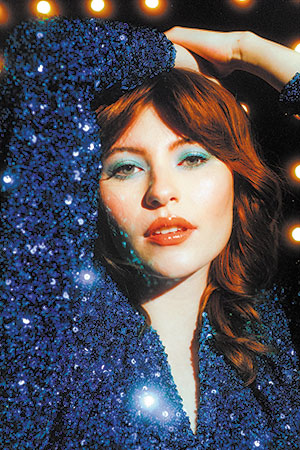 And she is — at least, she is getting her name out there. She’s dropped two EPs, books a slew of live shows and continues to build her online presence through her socials (mostly Instagram at @brays.anatomy).

“I’m just so grateful to be working on my dreams and seeing them happen right before my eyes,” she said.
Brayla’s signature sound is orchestrating background vocals behind her lyrics. That sound, she said is her passion, and it that creates a whole other texture to her songs. And when she writes, love is a big inspiration.

“I do write a lot about love, and it’s this chance to say the things I never would say out loud,” she said. “My biggest challenge is going deeper.”

But Brayla doesn’t shy away from being out and proud. Her song “Saving Grace” is dedicated to her partner of three years, Majesty, who will join Brayla on her trip back home.

Turn Up the Love will be one of Brayla’s first Pride performances and she’s ready for it.

“This is one of my first big Pride events, and I’m so excited to just be me up there and sing with my brother who’ll be playing with me,” she said. “You know, I did not feel comfortable expressing myself growing up, so for me, having that freedom of expression now — there’s no way better to celebrate that for Pride month.”

Silky, silky now
Coming off RuPaul’s Drag Race All-Stars last year, Silky Nutmeg Ganache has been doing her own thing since serving up some deadly and now-iconic lip syncs. She may not have taken the crown, but the Mississippi queen is intent on making an impact. So when she takes the mic as the show’s emcee, be ready to listen.

“When the idea was brought to me, I was excited. This gives me the opportunity to show a different side of me,” she said by phone from Los Angeles. “This time I’m not the focus, so I get to interact with the audience, say a few jokes and get the folks hyped about the talent.” 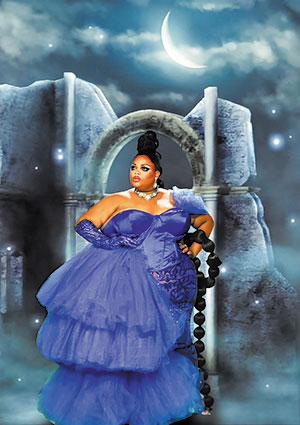 But Ganache does drag with a message. She may be funny on stage, but she said she has a responsibility.

“As the host of the tour, it is my responsibility to bring awareness to issues,” the 32 year-old said. “Not only do we wanna turn up the love, we wanna rally people to turn up the awareness.”

That’s what Pride month means to the queen. She’s all about the celebration but also awareness of the struggle that needs to be on the forefront.

She’s taken that message as part of her drag. While many post-Drag Race queens are on tour, Ganache has found a niche for empowerment through speaking engagements at colleges. She describes herself as an independent queen. With that in mind, she’s published her first book, Cocktails for a Queen, with a second volume on the way and a cookbook coming up.

“I like it that way because I am calling my own shots,” she said.

But first, Ganache has a show to do. She’s ready to bring her drag to Dallas, and she invites any and every queer person and ally to come on down.

“Come ready to have a good time and prepare for an actual live concert because the talent is major,” she said.