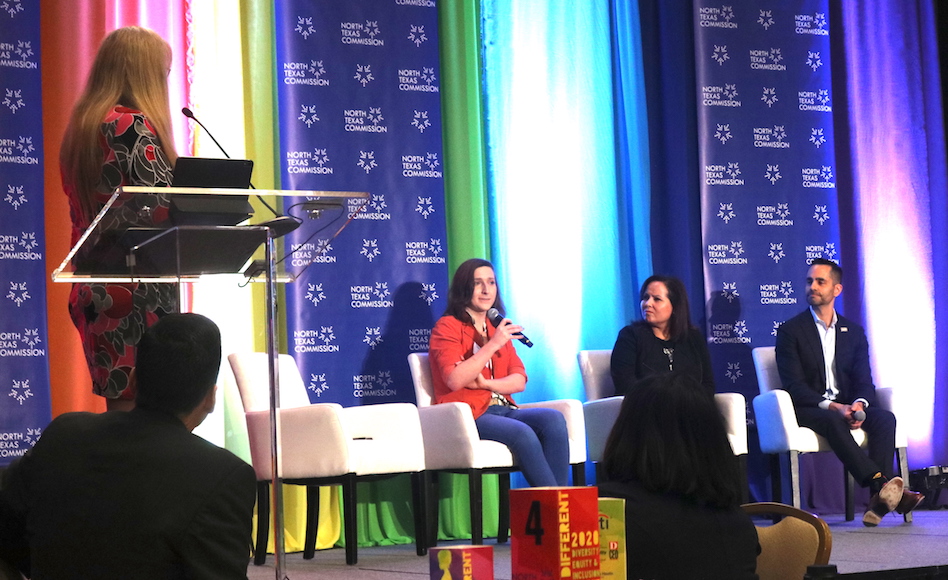 Joe May, chancellor of the Dallas County Community College and chairman of the North Texas Commission, said the day’s events would “go deeper into diversity topics than last year.”

He suggested that employee resource groups should work together to get better results, to help companies remain competitive and attract the diverse workforce companies need.

Amy Philbrook, director of diversity at Fidelity Investments, said change comes from small, individual actions that people take every day rather than just from big corporate policy changes. She said diverse companies are 20 to 30 percent more profitable than those that are not and suggested executives look at who they are mentoring and make sure that group is diverse.

AT&T’s LEAGUE was first LGBT employee resource group when it was created in the late 1980s and its nondiscrimination policies date back to 1975.

Resource Center’s Leslie McMurray moderated a group of AT&T employees who spoke about best practices for transitioning at work. The company begins with a discussion on how to handle the transition most respectfully for all sides. That includes recognizing the discomfort some people will have with the transition without compromising the rights of the person who is transitioning. The goal at AT&T is for every employee to bring their whole selves to work.