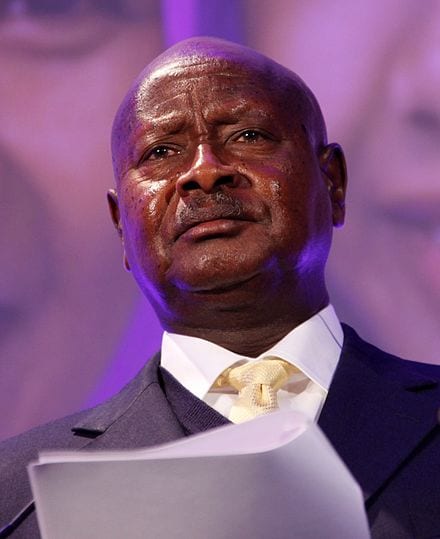 After a post appeared in Dallas Voice’s Instant Tea blog on Wednesday, Sept. 17, the Four Seasons Hotel in Irving canceled Ugandan President Yoweri Museveni’s accommodations. Museveni has pushed for the so-called “kill the gays” bill in his country.

Museveni is currently negotiating with the Gaylord Texan Resort and Convention Center in Grapevine to host his stay. No word yet whether that hotel will accommodate him or how Grapevine police plan to protect him with little notice.

According to GLAD, Wambere was “outed as gay by newspapers, harassed by strangers, received death threats by anonymous phone calls, arrested, evicted from his home and beaten up.”

Under the “kill the gays” law, Wambere would face life imprisonment and he faces the threat of arrest should he return to Uganda.