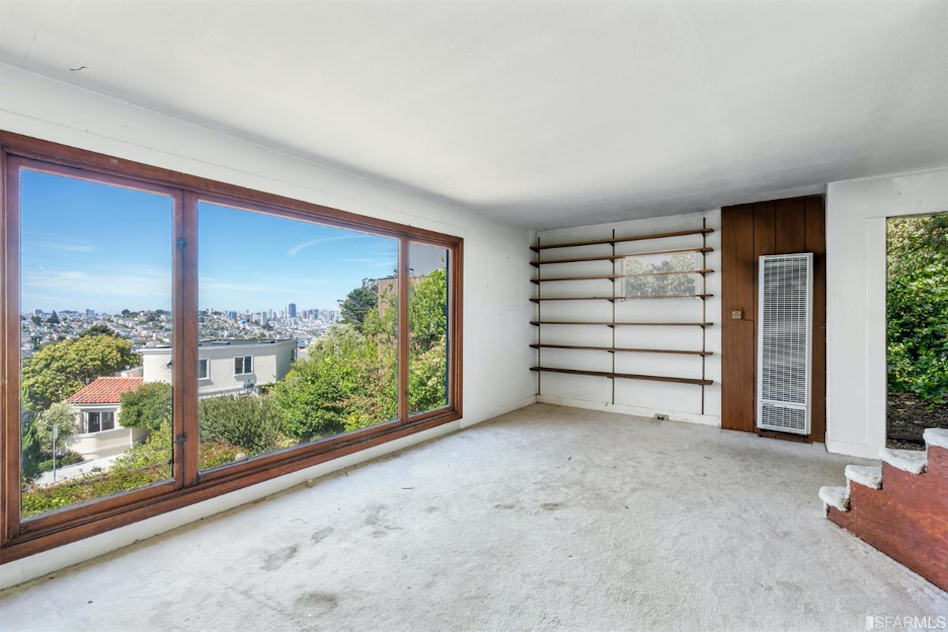 “Phyllis Lyon and Del Martin were trailblazers in the LGBTQ rights movement, co-founding the first lesbian political organization in the country in the 1950s and becoming the first same-sex couple legally married in California,” said Mandelman who is the only LGBTQ member of the Board of Supervisors and represents the Noe Valley neighborhood
where the home is located. “The home they shared for more than half a century was the site of many community gatherings and has clear historic value that needs to be preserved and memorialized.”

The resolution was prompted by the recent sale of the property where Martin and Lyon lived together and nurtured a movement from 1955 until Martin’s death in 2008, and where Lyon remained until her death this April. The home, a 750 square foot cottage atop a steep hill in San Francisco’s Noe Valley neighborhood, sold for $2.25 million last month. The property, a double lot that remains mostly undeveloped, offers a stunning view of the city skyline and was advertised as “the very last parcel of land atop Noe Valley” and “truly the last of its kind.” The centrally located Noe Valley neighborhood has seen a rash of redevelopment in recent years featuring large, luxury homes that routinely sell for $6 million and above and often replace modest homes originally built in the early parts of the 20th century, like the Lyon-Martin house. 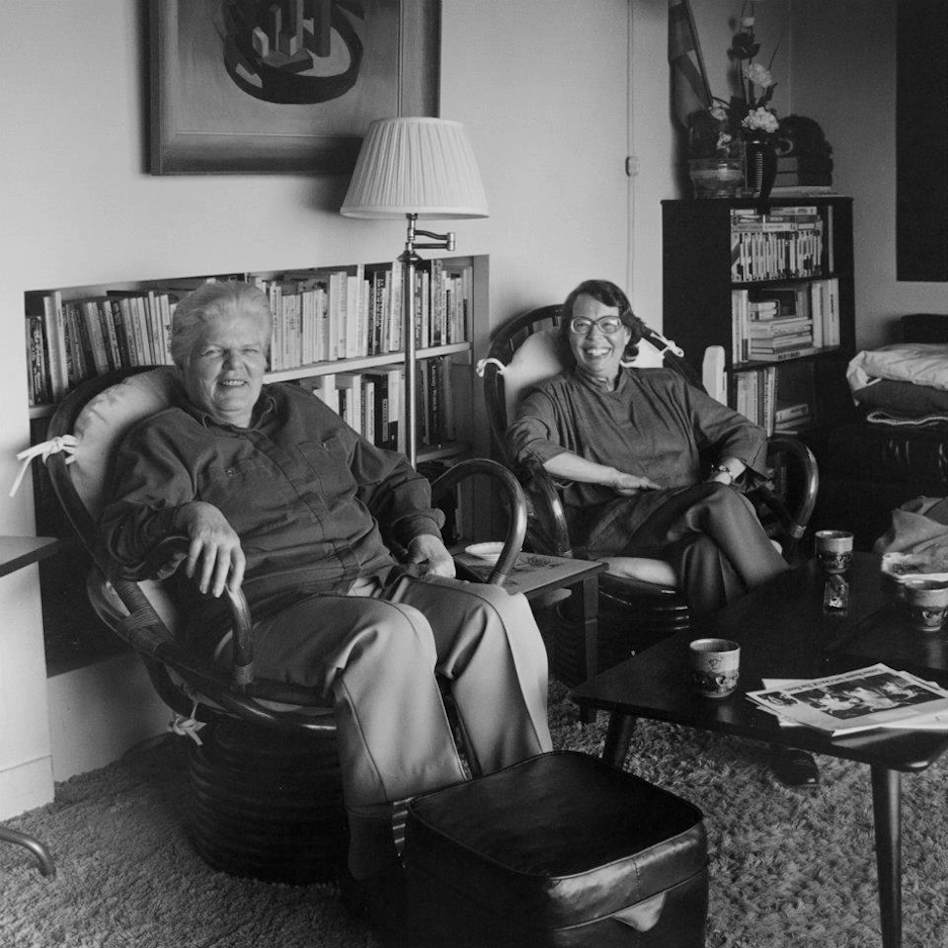 Lesbian icons Phyllis Lyon and Del Martin in their home

The sale caught the attention of Shayne Watson, a historian who co-wrote San Francisco’s LGBTQ Historic Context Statement in 2016. “I was alarmed when I saw an article about the sale touting how profitable it would be to redevelop the property,” said Watson. “The Lyon-Martin house is not only one of the most significant queer sites in the city, but a place of international importance – truly a birthplace of LGBTQ-rights movements worldwide.”

“The home of Lesbian icons and human rights leaders Phyllis Lyon and Del Martin in San Francisco is vital to LGBTQ as well as San Francisco and American history,” said Dr. Marcia Gallo, professor emerita at the University of Nevada, Las Vegas, and author of Different Daughters: A History of the Daughters of Bilitis and the Rise of the Lesbian Rights Movements. “From the mid-1950s to 2020, with its large open living room windows looking out on the city they loved so dearly, the Lyon-Martin House not only sheltered them and their family and friends but also welcomed activists, journalists, politicians and other change-makers throughout the nation and the world.”

Lyon and Martin, journalists who met when they were living in Seattle before moving back to San Francisco to live together in 1953, would continue as trailblazers across many social issues. This included the founding of the Daughters of Bilitis, the first lesbian rights organization in the United States which published the nationally-distributed newsletter The Ladder, hosted national conventions, and organized private social gatherings that were the only places for lesbians to gather freely at the time. In 1964, they helped found Citizen Alert, an early policy watchdog program focused on police brutality and unequal law enforcement. In 1976, Martin published Battered Wives, one of the earliest books on domestic violence published in the United States. In 1995, they were appointed to the White House Conference on Aging by Senator Dianne Feinstein and Congresswoman Nancy Pelosi. In 2004, they became the first same-sex couple to legally wed in San Francisco when then-Mayor Gavin Newsom ordered the City Clerk to grant marriage licenses to same-sex couples.

“Whether it was as godmothers of the lesbian rights movement, NCLR’s lead plaintiffs in the California marriage equality case, or role models to multiple generations of queer kids, Del and Phyllis embodied the integrity and courage our country needs,” said Imani Rupert Gordon, Executive Director of the National Center for Lesbian Rights.

That preservation effort was spearheaded by Watson, who brought together historians, friends and former caregivers of Lyon and Martin, and members of the broader queer community to establish the Friends of the Lyon-Martin House in partnership with the GLBT Historical Society, and now with the backing of Mandelman.

“Phyllis Lyon and Del Martin’s papers are among the largest and most important collections in the GLBT Historical Society archives, and clearly document the historic significance of the Lyon-Martin House,” said Terry Beswick, Executive Director of the Historical Society.

“It’s simply a cultural treasure for San Franciscans and for all LGBTQ people, and I applaud my colleague Shayne Watson for calling attention to this timely issue, and Supervisor Rafael Mandelman for leading the charge to landmark the site.”

The resolution introduced by Mandelman is the beginning of the formal designation process. The resolution will be voted on later in October by the Board of Supervisors, and then forwarded the City’s Planning Department and Historic Preservation Commission, which will have 90 days to issue a recommendation. The Board would then take final action to designate the landmark, which would require consultation with the Historic Preservation Commission for future development and uses of the property.

“I’m proud to do whatever I can to preserve this history, and I look forward to working with community leaders and those who knew Phyllis, Del and their home firsthand to honor their legacy and this special piece of San Francisco,” said Mandelman.