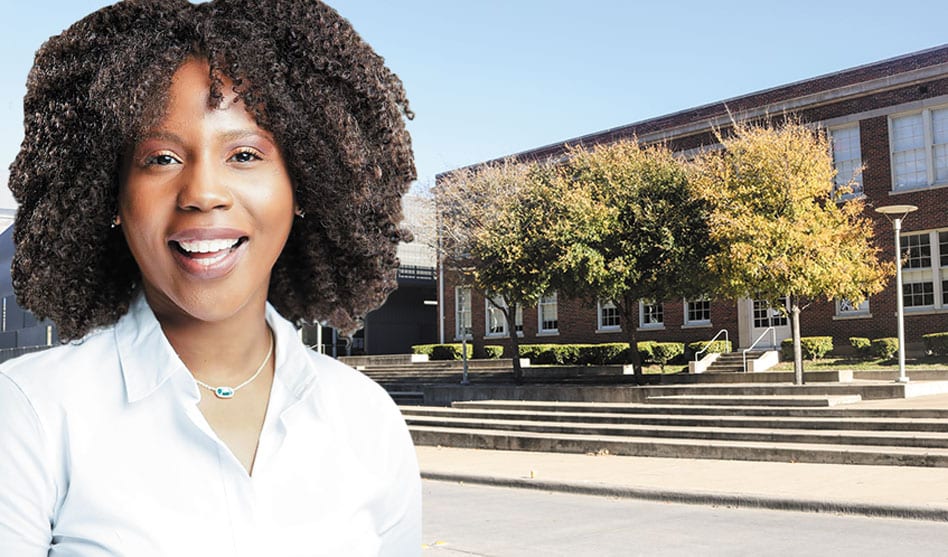 Mahoganie Gaston’s job is to make sure every high school and many middle school campuses in the Dallas Independent School District have a gay-straight alliance by the end of this school year.

For a number of years, LGBT students have migrated toward the few Dallas high schools that were considered safe campuses. Gaston said her goal is to make sure students know that every campus is safe for every student, including LGBT students.

She said she has a strong and reliable ally in Resource Center and its Youth First program.

Resource Center has provided training for faculty, staff — including those in psychological services, librarians, athletics — and administrators. Youth First is offering a variety of services, including counseling and programming for LGBT students.

Resource Center Communications and Advocacy Manager Rafael McDonnell said the partnership began after transgender athlete Mack Beggs of Euless won a state girls’ wrestling championship earlier this year. Beggs began his transition several years ago but was forced to compete as a girl, although he would have preferred competing as a boy, because UIL rules forced him into girls’ athletics.

School districts voted on a resolution relating to where and how trans athletes should participate. DISD came down on the wrong side of the issue, McDonnell said. But school Superintendent Michael Hinojosa assured him that was only because ballot wording was unclear.

Although DISD is stuck with the statewide decision forcing trans athletes to participate based on their sex assigned at birth, McDonnell and Hinojosa decided something positive should come out of the experience. “We talked about how to support LGBT students,” McDonnell said.

On its website, DISD has added an LGBTQ student advocacy and youth outreach page. It says LGBT students “often experience harassment, indifference, bullying and exclusion.” The page is to ensure “all students have a safe school experience.”

And Gaston stepped in as liaison, with the mission to open a GSA in every high school.

McDonnell said other districts — such as Los Angeles, Boston, D.C. and Chicago — have adopted a similar policy. But in those cities training was paid for by the districts. All school districts in Texas are struggling with being under-financed, thanks to poor decisions made by the state legislature, so Resource Center helped DISD secure funding from Toyota to launch the program.

Gaston said she’s encountered no resistance from administrators in any of the district’s high schools, and she’s gotten interest from several middle schools. About 50 school personnel have gone through training, and a couple dozen have completed a train-the-trainer two-hour program put together by the GSA Network.

Some of the groups that have formed are more social, Gaston explained. Others have created projects. At Booker T. Washington High School, the GSA is going to paint a hallway. At other schools, students are dealing with members who are out at school but who, for a variety of reasons, can’t come out at home.
Gaston said it is the students themselves who determine the direction each GSA will take.

DISD is a leader in LGBT campus safety in Texas, Gaston said, but her goal is to set an example for school districts around the country.

To help LGBT and allied students excel in safe schools, GSAs need community and company support. Gaston said anyone interested in becoming involved should contact her at MGaston@DallasISD.org.