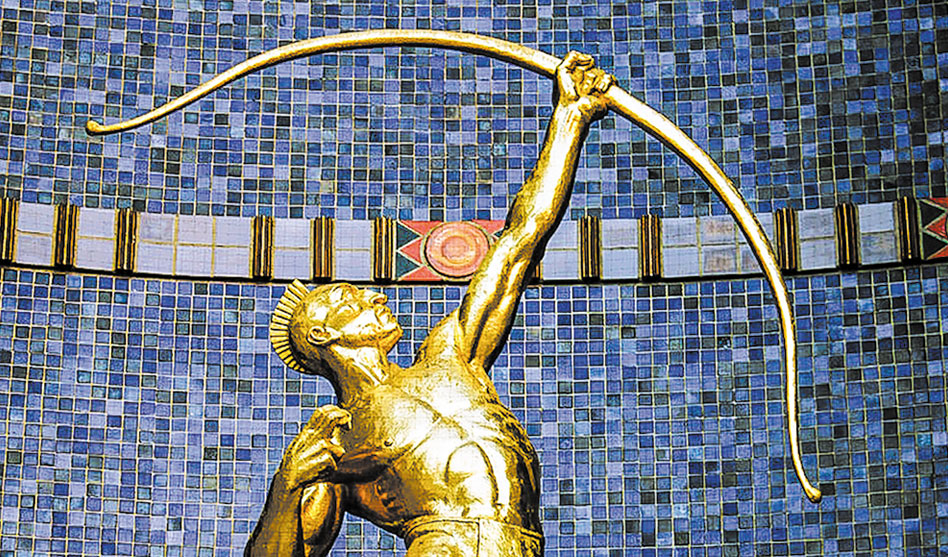 Fair Park opened in 1886 and, exactly 100 years later, was designated a Nation Historic Landmark. To commemorate the 100th anniversary of Texas independence, Dallas built exhibit halls, pavilions and fountains to host a world’s fair in 1936 — all built in art deco style.

The Centennial Building and the Cotton Bowl opened between 1900 and 1930. Today, Fair Park is the only pre-1950s exposition site that remains intact.

The Hall of State, that’s been home of the Dallas Historical Society since 1938, is one of Fair Park’s gems. Among the building’s features is a Diego Rivera mural that wraps around the perimeter of the building’s great hall. The only Rivera work comparable in the U.S. is in Rockefeller Center in New York City.

While the frescoes on the Centennial Building are worth a trip to Fair Park to see on their own, the addition of the Automobile Building’s frescoes, statues and fountain form the grand Esplanade. But the artwork on these buildings wasn’t always appreciated. After the Centennial Exhibition ended in 1936, they were painted over and forgotten. Not until a renovation in the 1980s were they rediscovered and restored.

But the art deco gems don’t end there. The aquarium has recently been restored as well. Behind the Cotton Bowl, the animal exhibition arenas are all wonderful examples of art deco.

Several buildings were formerly used as museums. The Perot Museum and the Dallas Museum of Art have both moved downtown, but the building that once housed each stands waiting to be repurposed.

And probably the most-visited building at Fair Park is the Music Hall. The largest theater in North Texas has been home to the Dallas Summer Musicals since 1941. 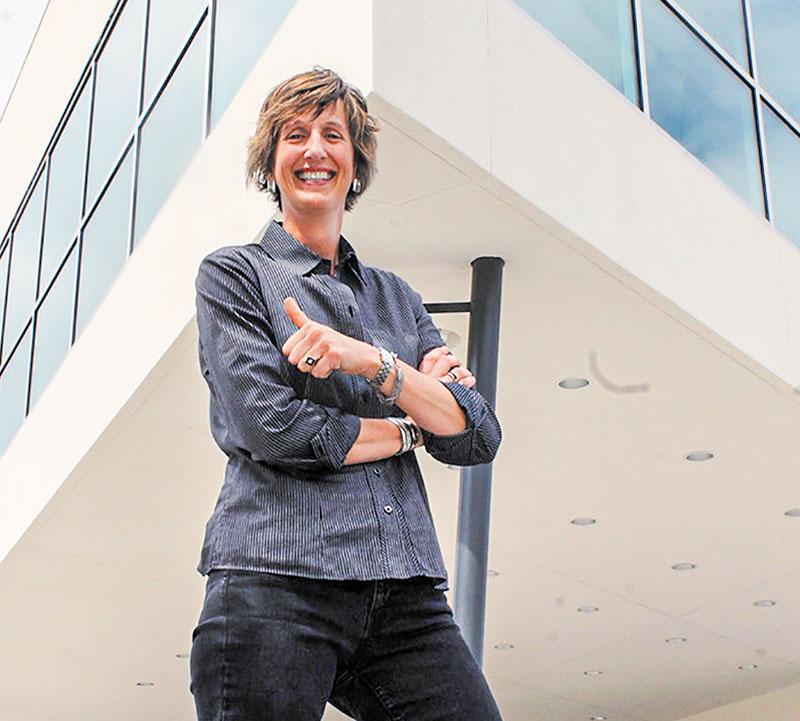 Activism and advocacy for the LGBTQ Community has been a way of life for Cece Cox since at least the early 1990s, and she has always put all her talent and skill to good use in her efforts. And that, folks, is a lot of talent and skill. Cece earned her J.D. from SMU and, in her role as an attorney, provided pro bono services for people living with HIV as well as practicing commercial law.
Cece joined the staff of Resource Center in 2007 as associate executive director and became CEO of the organization in 2010. In that role, she managed the capital campaign for and oversaw the construction and opening of Resource Center’s new Community Center in 2016. She has led Resource Center in expanding its programs and services, and is currently overseeing the agency’s project to build assisted living and housing facilities for LGBTQ seniors.
Cece’s list of accomplishments could fill a book, but, to name a very few, she was recognized as a distinguished alumna of SMU’s Dedman School of Law in 2016, a winner of the Dallas Business Journal’s Women in Business Award in 2017, and the Dallas Voice LGBTQ Texan of the Year in 2016. To top it all off, Cece recently married Lambda Legal staff attorney Shelly Skeen — and if that’s not the very definition of power couple, what is?!
Resource Center was founded in 1983, as the AIDS epidemic was first beginning to hit hard in North Texas, under the auspices of The Dallas Gay Political Caucus (now known as the Dallas Gay and Lesbian Alliance) as the Foundation for Human Understanding. It has gone through several name changes through the years but has always remained a leader in providing life-saving and life-changing programs and resources for the North Texas LGBTQ community — including AIDS Resource Center, Nelson-Tebedo Health Clinic, a food pantry, HIV case management services, a dental program, a hot meals program … . The list goes on, and it includes mental health services, programs for LGBTQ people from teens to seniors, and advocacy that has helped change policies, procedures and laws at every level for the betterment of the community.
Today, with more than 1,200 volunteers and a paid staff of more than 70, Resource Center is one of the largest centers of its kind in the United States. And more than 62,000 people each year use its programs and services.
— Tammye Nash 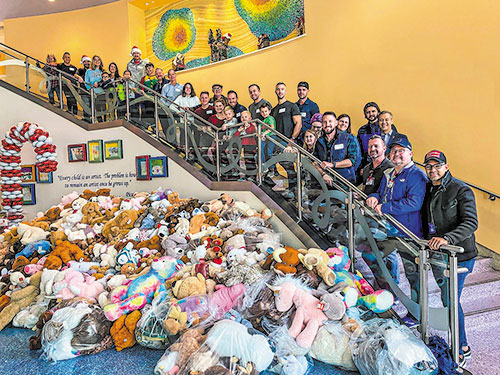 Teddy Bear Party: Best Party for a Cause 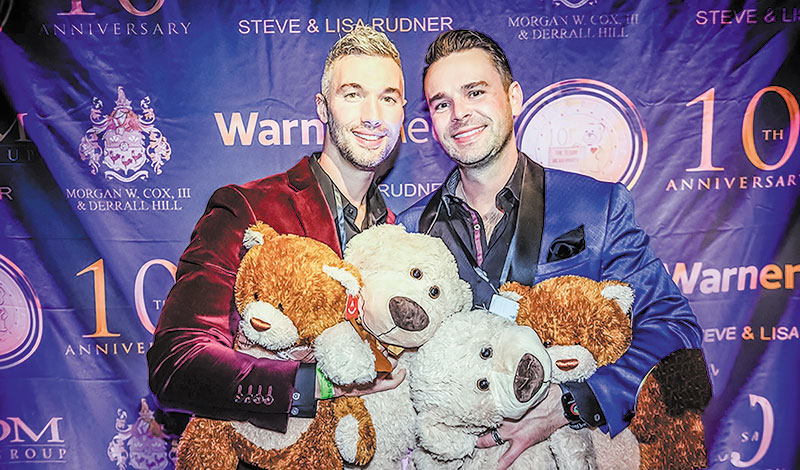 The Teddy Bear Party, held annually in early December, was founded by Joe Riggs and Jason Hanna to make sure that every pediatric patient at Children’s Health had a stuffed animal to comfort them during their stay, and later, after Jason’s mother was diagnosed with cancer, its purpose was expanded to include fundraising for nonprofits battling cancer and fighting for LBTQ equality.

COVID forced the cancellation of the party in 2020, but it returned full force in 2021 to celebrate 10 years of fun and fundraising. The party was, again, a massive success and a sign that both the event and the community were ready to give back. Under Joe and Jason’s leadership, the party brought in more than 1,000 teddy bears that were donated to Children’s Health, and funds from the event went to beneficiaries that included Children’s Cancer Fund, Equality Texas and Family Equality.

But as if running The Teddy Bear Party weren’t enough in their already busy lives, Hanna and Riggs — now the fathers of two young sons — have opened up their lives in their adorable Instagram account @2_Dallas_Dads. Primarily Hanna’s account, the bio reads “2 Dads raising our twins. Documenting our journey, sharing our love.”

The feed ranges from family outings to throwback selfies and everything in between. The account doesn’t feel like an influencer account with endless product placement or mentions, but they are, without a doubt, influencing the idea of what a family is — and in a very good way.
— Rich Lopez