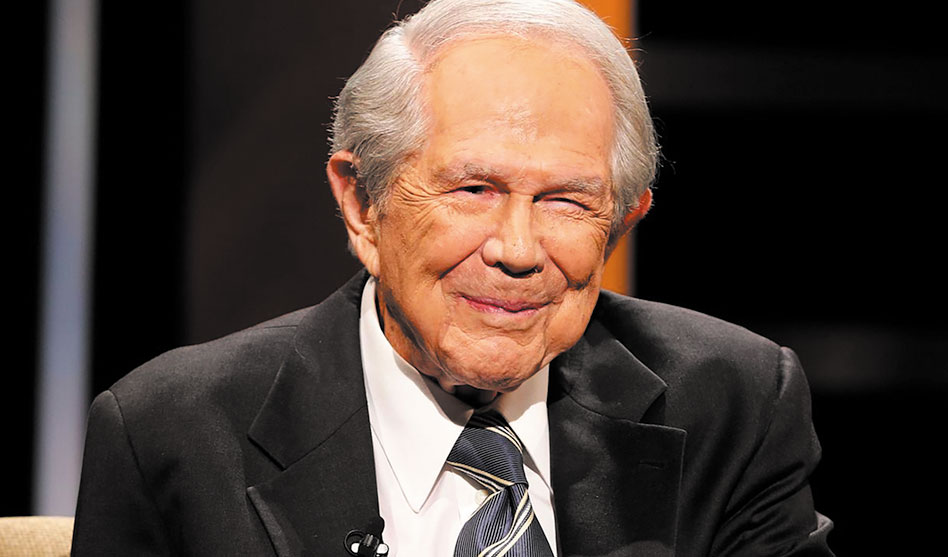 … but the evil he accomplished will live on 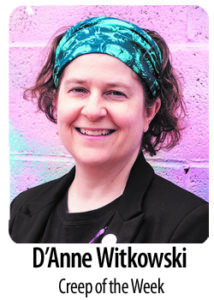 It’s the end of an era — a very harmful and stupid era. Pat Robertson is stepping down from The 700 Club.

Robertson, the founder of the Christian Broadcast Network, has been the star of this very column SO MANY TIMES. I do not even know how many, honestly.

It’s tempting to write Robertson off as an old man yelling at clouds. He’s basically a caricature of a right-wing Christian minister: white, old, cisgender, hateful and woefully out of touch.

But he’s also been spewing his invective for decades.

And his audience isn’t just people bored enough to watch The 700 Club on TV during the day. His audience has included the most powerful people in the country.

Robertson had the ear of Ronald Reagan and then the balls of every Republican president and presidential candidate since Reagan. By the Reagan era, Republicans had figured out that the evangelicals were a core voting block for them. They’ve catered to them ever since, each year getting more and more outside of not just what one might call the mainstream, but what I would call reasonable or sane.

Donald Trump is the perfect example. The evangelicals, Robertson included, worshipped Trump like he was the second coming of Christ. There was NOTHING Trump could do that would cause evangelical support to evaporate — nothing short of revealing that he was actually a Muslim, transgender or a Black woman since, you know, right-wing evangelicals hate those groups of people.

Anyway, Trump was the perfect president for folks like Robertson. Trump was proudly ignorant and completely disinterested in learning anything about the presidency — or anything else, for that matter.

Trump was all about power. Unquestionable and unfettered power — which, of course, is what right-wing evangelicals are all about.

Trump was an empty vessel into which they could pour their worst and most harmful ideas. Since Trump has no moral compass, it was pretty easy for them to get him to do their bidding. All they had to do was look past Trump’s immoral, fully secular life and pretend it doesn’t go against everything they’ve been preaching for decades.

A small price to pay for overturning Roe v. Wade and outlawing abortion, which they’re well on their way to do, thanks to Trump’s Supreme Court appointments, not to mention the many judges he put on federal benches.

They’re after LGBTQ rights, too.

For everyone who felt like the Trump presidency came out of nowhere, all they had to do was trace the puppet strings that made Trump dance back to people like Robertson: politically powerful and void of any kind of caring or empathy.

You know that book, If You Give a Mouse a Cookie? The one where the mouse gets the cookie and then becomes drunk with greed, giving increasingly outlandish demands? That’s what the Trump presidency was to evangelicals.

This is why, even though he is a complete disgrace, they still support Trump. He’s a wrecking ball, and they love a mess, so long as that mess is made at the expense of people they don’t like.

They refuse to admit that Trump lost and that right-wing policies with hate as their basis aren’t popular with the majority of Americans. This is why the Big Lie persists and is being used to decimate voting rights, so that Republicans can hang on to power no matter how people vote. Hey, it works great in Russia.

The Jan. 6 insurrection was a dress rehearsal. The people behind trying to overthrow the government didn’t wake up on Jan. 7, saying, “Welp, we lost.” They woke up emboldened. They woke up knowing that this could totally work in the future.

And Democrats woke up feeling ill — sick at what they watched unfold and with a constitutional crisis on their hands. They also woke up with the presidency and a majority in the U.S. House and Senate. They could protect voting rights and abortion and LGBTQ people, and so much more.

But they aren’t. Because of the Senate filibuster.

They need to get rid of it so that Senate Republicans can no longer block everything the majority wants — and needs — to do.

No doubt Pat Robertson is retiring feeling pretty damn thrilled about the way things are going in this country. And Robertson, an architect of pain for so many, absolutely does not deserve to feel happy.