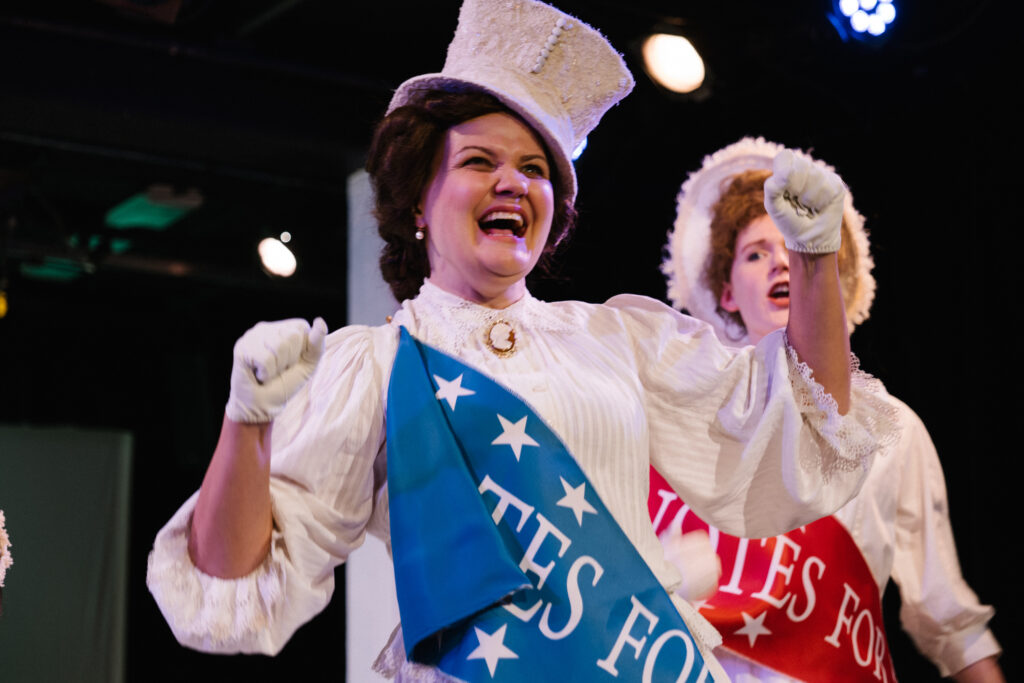 Being in the middle of some frightening new laws here in Texas that wage war on women and increase voting barriers, Echo Theatre reminds that those fights have been long fought. In the regional premiere of Ann Timmons’ It’s My Party! that tells the story of women’s fight to vote, history reminds that justice wins, but not without turbulence. If anyone’s feeling beaten by today’s recent legislation, Echo Theatre’s newest production can inspire and ignite.

Based on actual historical women, the story follows young suffragists who bring a different voice to the uphill battle of passing the 19th Amendment. Their tactics cause a rivalry between older suffragists which threatens the entire movement.

Caught in the middle is Black advocate Ida B. Wells-Barnett (Octavia Y. Thomas) who is fighting for Southern Black women’s rights that are consistently left behind. Observing the action is reporter Winnifred Mallon (Alysia Giakoumas) who can’t help but get caught up in the fight.

Timmons’ play happens over the course of a few years beginning with the women on the same side, but then splitting off from the NAWSA to form The Women’s Party. The story is dense with character development and history that offers some hefty education in the somewhat 90-minute play sans intermission. Timmons fleshes out all her characters with care and attention that enrich the entire story.

Director Caroline Hamilton evoked much out of her cast and the story. The eight-person cast was strong across the board playing each part with acute conviction for the cause. All drew in the audience with character choices that differed vastly from each other. Winnifred was earnest while Carrie was conflicted but obligated to her party. Ida drowned in frustration with leaders but was strong from her own success in Illinois. Shaw was the play’s villain for lack of a better term sticking closely to her sense of values and dismissing the younger activists.

The actors all layered their characters and then peeled them back as the perpetual activism began to wear them down. Each was believable in their intent and ultimately easy to root for considering the consequences. Sometimes, that history played too close to today’s conversation which gave the play an added urgency. When the amendment is (spoiler alert) ratified, the victory resonated from beyond the stage.

In more technical terms, what Echo does with its stage, thanks to designer Kateri Cale, was wondrously simple but clever with the cast contributing to the scene changes. Ryan Burkle’s lighting was consistently reflective of the mood from its brights in more exuberant scenes to the dreary mood of other vignettes.

Not to be overlooked was Marty Van Kleeck’s sublime costuming. Using material that may have been used back then such as curtains, bedding and fabrics of the day, she created stellar period costumes that fit like gloves on the actors.

In fun juxtaposition, Hamilton scored the set changes with modern pieces of music, often punk rock songs that were laced with empowering messages. This small touch gave the historic piece some nice edge.

With its strong production values and casting, It’s My Party! should foster talk well after the curtain call. The show should inspire audiences to explore this history and then perhaps fight for equal rights today as they had to do a century ago.

It’s My Party! runs through Oct. 9 at the Bath House Cultural Center with streaming options Oct. 10-17. For more information and tickets, visit echotheatre.org. 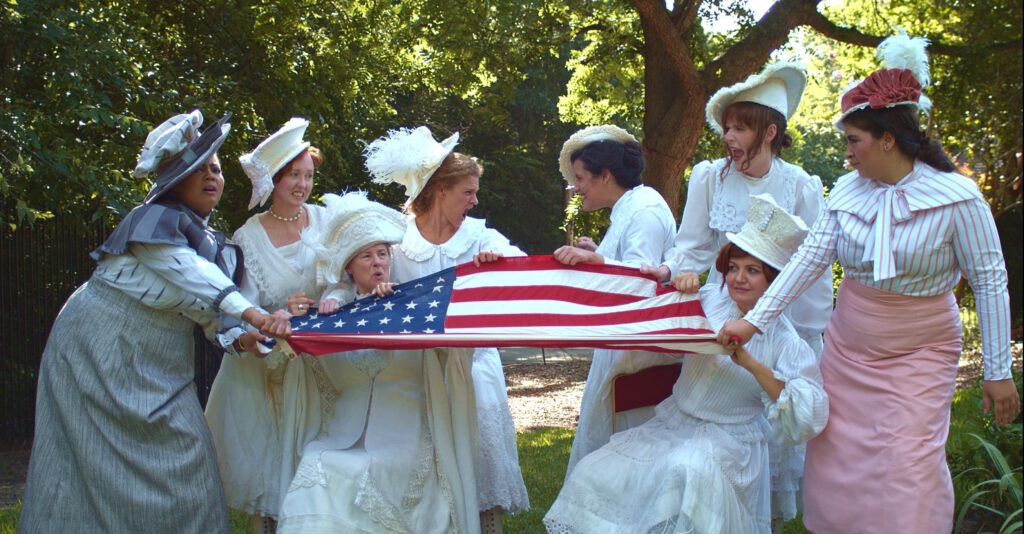 The cast of Echo Theatre’s ‘It’s My Party!’ (Photos by Zoe Kerr courtesy the theater) 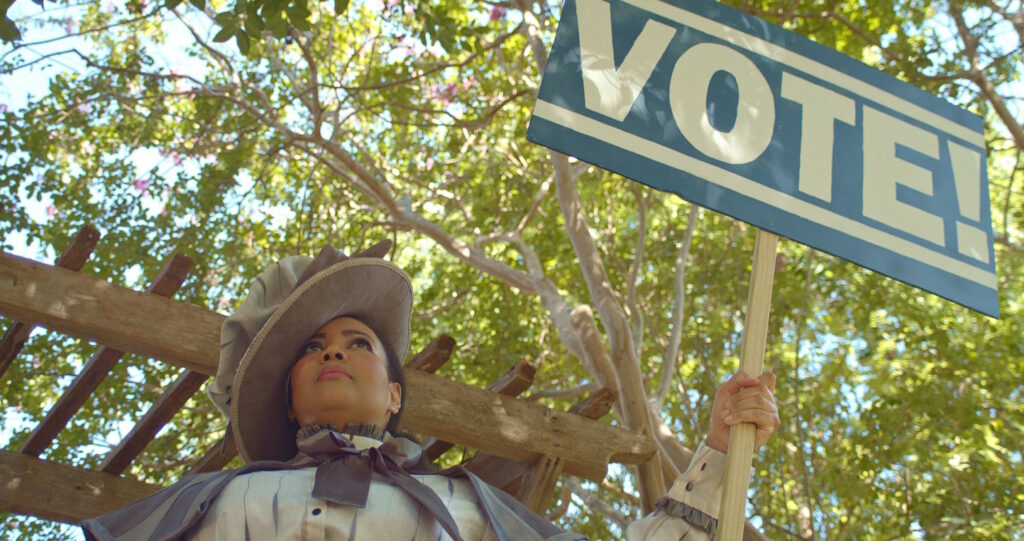 Octavia Y. Thomas as Ida B. Wells-Barnett in Echo Theatre’s ‘It’s My Party!’ (Photos by Zoe Kerr courtesy the theater) 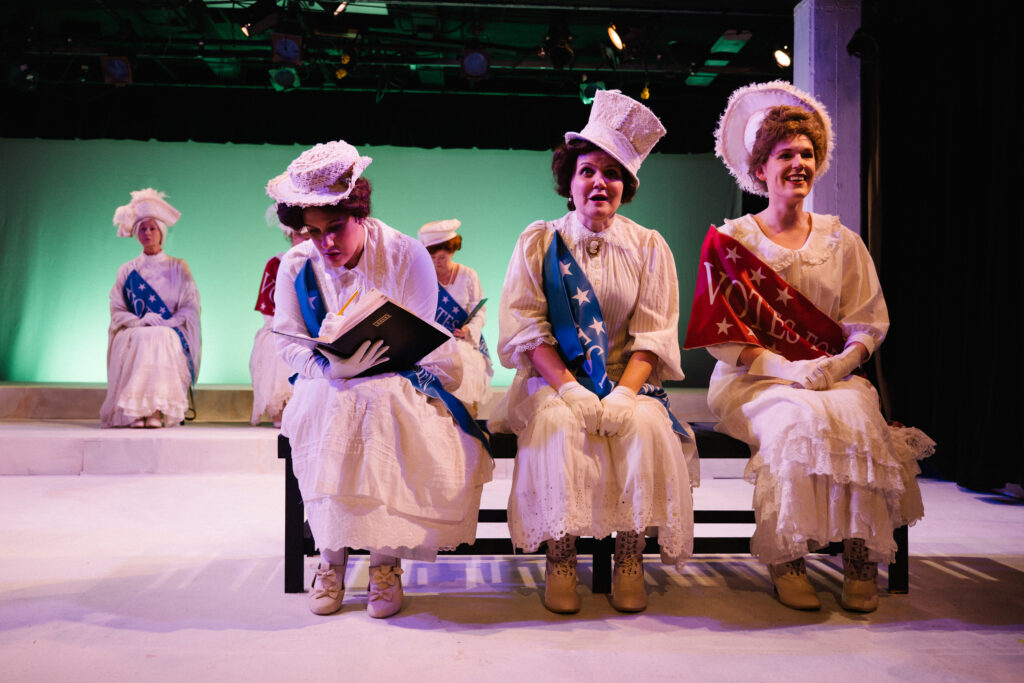 The cast of Echo Theatre’s ‘It’s My Party!’ (Photos by Zack Huggins courtesy the theater)