REVIEW: A deft, enchanting ‘Falstaff’ at the Dallas Opera 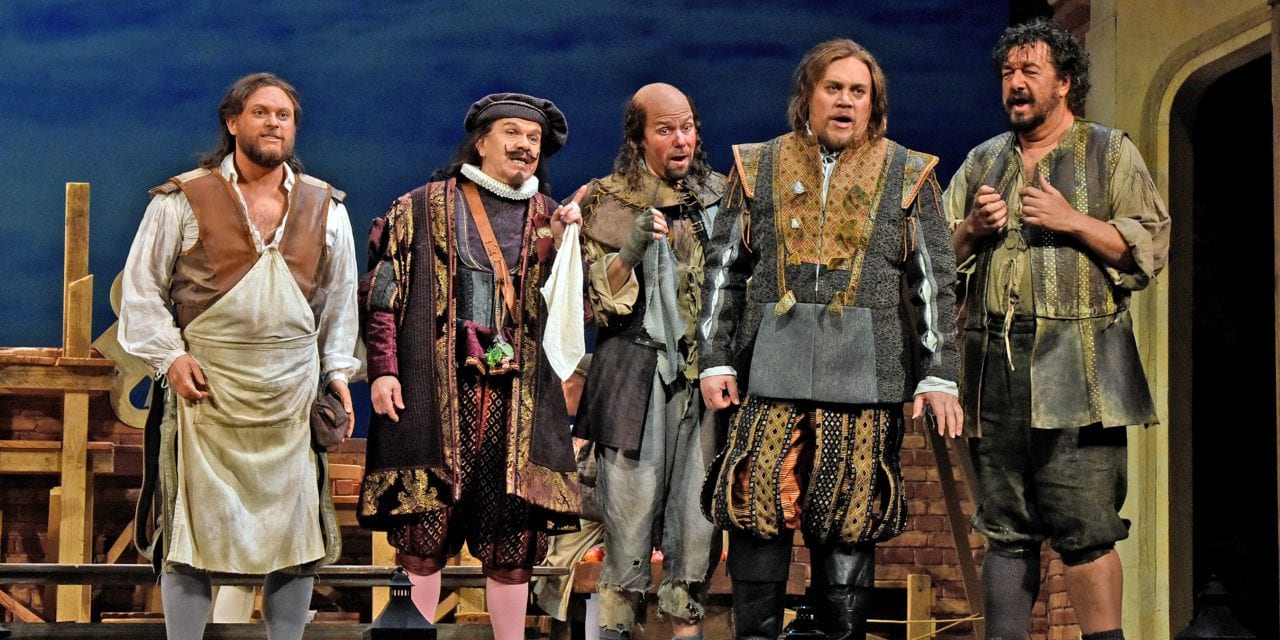 Hamlet may hold the record for being Shakespeare’s most important role, but if you’re just counting number of lines, Sir John Falstaff — over three plays, Henry IV Parts 1 and 2 and The Merry Wives of Windsor — is hands-down the longest. And why wouldn’t it be? With so much comedy energy stored up in a single character, not to put it to full advantage would be a waste of resources. And very little goes to waste in Dallas Opera’s production of Falstaff,  Verdi’s last opera, his only notable comedy and a hoot-n-a-half as staged by Shawna Lucey (after Lee Blakeley’s original).

Falstaff is the story of a gold-digger, although in this case, a portly, drunken, self-deluded old sod (played with relish by bass-baritone Mark Delavan) who tries to woo two married women, Alice Ford (soprano Angela Mead) and Meg Page (mezzo Megan Marino), in order to ingratiate his way into their husbands’ fortunes. They see through it — as does Alice’s husband Ford (the delightful baritone Quinn Kelsey) — and exact their own scams on Falstaff… not once, but twice.

This is the broadest of broad comedies, and enacted with such vigor and acute appreciation for physical comedy that its farce feels contemporary and deft. But there’s also heart and some sympathy for Falstaff — moments that border on melodrama without becoming sappy. That owes something, I’m sure to Verdi’s score (conducted by Riccardo Frizza), which, despite the absence of any stand-alone 10:30 arias, is playful and catchy (two passages of Ford’s “E sogno, or realta?” call to mind later phrases that Puccini would use in Boheme and Turandot).