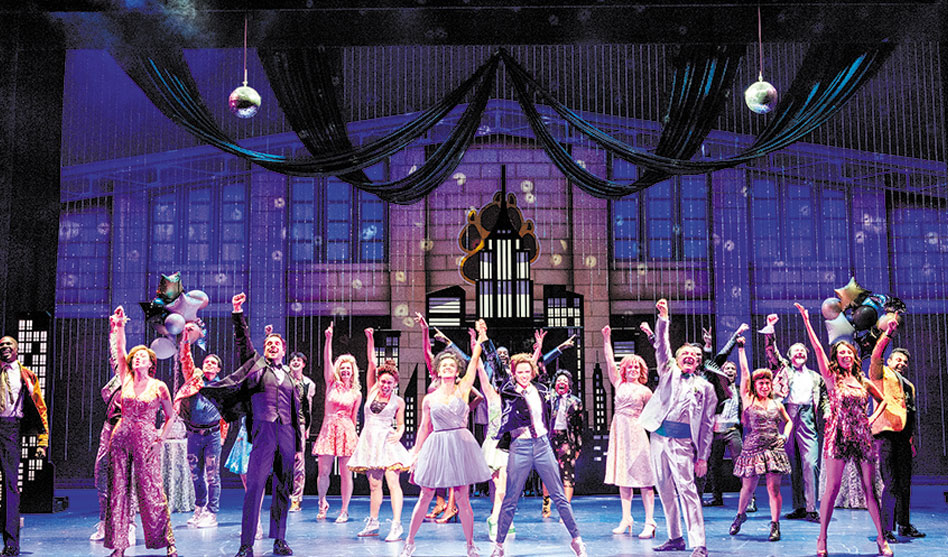 The national touring company of The Prom. (Photo by Deen van Meer)

On paper, the musical The Prom may come off like a colorful, feel-good musical comedy that’s fit for any sweet tooth. And it’s just that — only unapologetically so. The show’s nonbinary lead, Kaden Kearney, finds that even with all its exuberance, there’s still a message to be found amid the frivolity.

“The show is just a wonderful experience and so joyous, but, also, everyone has a chance to learn about themselves,” they said by phone.

Kearney plays Emma who wants to take a girl to the high school prom – only her school’s PTA isn’t down for that. At the same time, four Broadway has-beens are trying to restart their careers and are in search of a cause — which turns out to be Emma’s prom ordeal.

The Prom opens Tuesday and runs through July 31 at the Winspear Opera House.

For Kearney, much of the show’s story sounds very topical.

“I believe the script was written in 2016, inspired by events at that time, and here we are in 2022, and it’s still relevant,” they said. 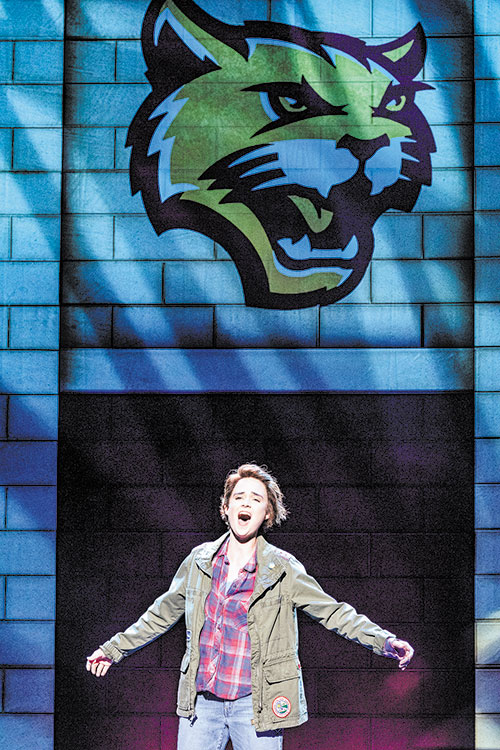 Kaden Kearney (they-them) in the national tour of The Prom. (Photo by Deen Van Meer)

“I hate that we’re still talking about this stuff, but it provides, I hope, an opportunity for people to learn. Everyone can really see themselves in a character.”

Taking on the role of Emma, Kearney makes their national tour debut, which isn’t a bad start for someone who graduated from the University of California in Irvine with their MFA in 2019. After moving to New York City from California, Kearney did smaller shows and off-off-Broadway gigs, but then they found out it was time to go to The Prom.

“This was the first job I got after the pandemic hit. I had been doing theater for a while through school and other parts, but this is a unique situation, I feel, to arrive on the scene in New York and now on a national tour,” they said.

Kearney describes their character Emma has someone who knows what she wants and knows what she stands for. They related to her steadiness. Kearney admires that about Emma.

But the show also lets Kearney step back in time.

“What’s beautiful about it is that it’s healing,” they said. “I get to go back to my high school self, and I give them a big hug.”

Kearney came out in their senior year. As a queer person — and high school being what it is — they didn’t have that prom experience.

“I never got to go to my prom so being able to go to prom every night now is amazing and sweet,” Kearney said.

To add to that, Kearney expressed gratitude for the opportunity to tell a queer story onstage to audiences as a nonbinary actor. In short, this national tour is a dream of theirs in so many ways.

“I take the responsibility of it very seriously. I appreciate the chance to connect with young queer and trans people who might see themselves in these characters. You can’t underestimate the importance of feeling seen.”

It’s fortuitous for Kearney to find themselves in this role. As a performer, they want to see their own stories onstage as well as some queer representation. Theater has certainly has its gay contingent and has lately seen more trans actors in its ranks. To come to this show as its nonbinary lead is an added piece to the LGBTQ+ representation on the stage.

“I hope this continues more and more. Emma’s not written as nonbinary, but there is a gender journey she’s on,” Kearney said.

“Being able to represent the community, I hope, tells nonbinary people who want a career in theater that there is room for them.

They know audiences may not see that Kearney is nonbinary, but they also know that the ones who do know are seeing that inclusion happen onstage.

Beyond the story of the two girls and the Broadway actors, Kearney adds that this is a story about family, as well, and what that means for queer people.

“First, I think families would love the show. I also think Prom touches on both chosen families and relatives and how we navigate those by creating that support system. Even if your own family doesn’t accept you — like Emma’s — there are people out there who can be that family for you. There’s something special about that.”

Now Kearney’s got to get ready for their date, because they got a Prom to go to.

For tickets, visit ATTPAC.org. On July 29, the Dallas Voice will sponsor The After Prom Party with entertainment by Bleach, live DJ, photobooth and more.