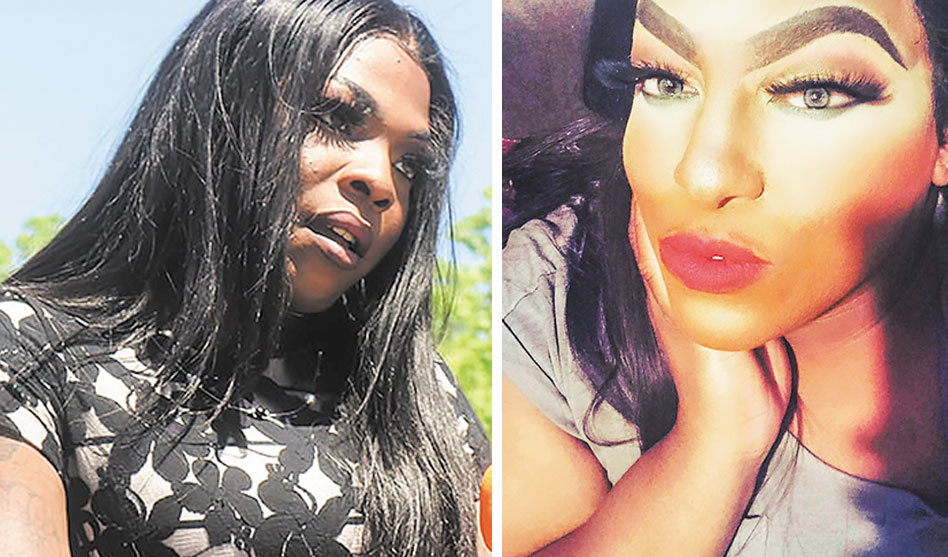 Monday, May 18, will mark the one-year anniversary of the murder of Dallas trans woman Muhlaysia Booker. It will also be the first Transgender Visibility Day in Dallas, an effort spearheaded by The House of Rebirth, a program created to develop sustainable resources to enhance and protect the lives of black, trans-identified women.”

Pocahontas Duvall, transgender rights activist and part of the leadership of House of Rebirth, said local activists created Trans Visibility Day to highlight the contributions transgender people make to society and the hardships and dangers they face in their everyday lives.

“We plan to celebrate our courage to move from one gender to the other and, for some of us, to remain fluid in both,” Duvall said. “Our open determination to be true to ourselves encourages all of the world to be comfortable in establishing their own unique understanding of our gender identities. Because of us, the narrow confines of masculinity and femininity can be expanded in ways that suit each of our individual expressions.

“Trans and non-binary folk show the rest of the world how to be the best person possible,” she continued. “We share an amazing gift. We provide clear solutions to gender issues that have long needed answers.”

Organizers chose the anniversary of the death of Booker, who Duvall described as “my great-grandbaby,” not to try to take advantage of the publicity surrounding Booker and her death, but to honor her memory and the memory of other transgender women who have fallen victim to violence.

Booker’s murder
Booker was one of at least 22 transgender people murdered in the U.S. in 2019. Most of the victims were black trans women, and five of those murders, including Booker’s, happened in Texas.

Booker is, perhaps, the most widely known of those victims because, just a month before her death, she was attacked in the parking lot outside her apartment following a minor fender-bender accident. As a man named Edward Thomas and several other men savagely beat Booker, leaving her with a broken wrist and a concussion that required hospitalization, a large crowd of onlookers crowded around, laughing and jeering and cheering the attackers on. Someone posted video of the brutal attack on social media; the video quickly went viral, making Muhlaysia Booker famous and focusing a bright light on the epidemic of violence against transgender people, specifically transgender women of color.

Edward Thomas was arrested and charged with assault with a deadly weapon — he allegedly used brass knuckles in the attack on Booker — but police determined he had nothing to do with her murder.

Thomas went to trial in October 2019; a jury, asked by prosecutors to find him guilty of aggravated assault, instead found him guilty only of misdemeanor assault charges. He was sentenced to 300 days in jail, including time served.

Less than a month after Booker’s death, on Saturday, June 1, the body of trans woman Chynal Lindsey was found in White Rock Lake, and the national attention on anti-trans violence became even sharper. Before the end of June, a man named Kendrell Lavar Lyles was arrested and charged with killing Booker along with other crimes. A second man, Ruben Alvarado, was also arrested in June and charged with Lindsey’s murder.

Honoring trans women lost to violence
Booker, Duvall said, “was brutally murdered because she chose to be visible. She was well loved in her community. She developed a huge following.

“Her homicide and a frightening string of other trans women’s murders began a ground swell of concern nationally,” Duvall continued. “This day is not to capitalize on her demise. It is to first honor her determination and that of all trans people to live full lives, but also to mark that moment in trans history when it suddenly mattered that their lives were at risk. “

Duvall added that the goal of Transgender Visibility Day is “recognizing the contributions that members of the trans and non-binary community make to the greater good of this city in both business and the arts. We affirm they are a vital part of our social fabric. This city is responsible for ensuring our fair treatment, safety and ability to prosper, just as it is with all other citizens.”

The House of Rebirth, with the help of the Silver Pride Project, created a photo installation illustrating “the courage and the progress” of transgender women. It included the images of more than 50 trans women of color and was set to be displayed on a parking lot in the 4000 block of Cedar Springs Road, directly beneath a mural completed last year honoring transgender pioneers Sylvia Rodriguez and Marsha P. Johnson. Because of restrictions put in place to stop the spread of COVID-19, that display has been postponed until a later time.

This installation is supported by the Inside Out Project, the activist arm of internationally-acclaimed artist JR, who has created large art installations around the world to call attention to social injustice and genocide. His work has been documented in a film that became a nominee for an Academy Award in 2019.