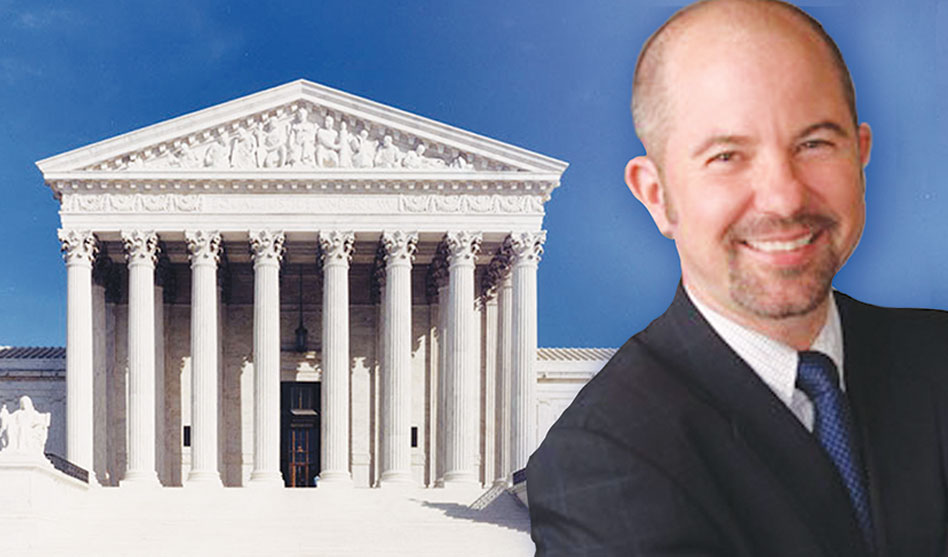 Cases the Supreme Court has recently agreed to take up on the right for religious nonprofits to hire and fire employees consistent with their faith could have major implications for LGBTQ workers at those institutions, LGBTQ legal advocates are warning.

The Supreme Court has announced it has granted a writ of certiorari, or agreed to hear, two cases now consolidated as one: Our Lady of Guadalupe School v. Morrissey-Berru, Agnes and St. James School v. Darryl Biel.

In both cases, Catholic schools are seeking an expanded right to conduct employment practices — such as the hiring and firing of employees — consistent with their religious beliefs under the ministerial exemption granted by the First Amendment.

Shannon Minter, legal director for the National Center for Lesbian Rights, said a ruling for the Catholic schools “could significantly expand the ability of religious schools and other religious employers to disregard anti-discrimination laws when hiring and firing employees.

“In practice, the impact of any such broadened exemption would be especially serious for LGBTQ workers, since many religious employers view being in a same-sex relationship or undergoing a gender transition as contrary to their doctrines and beliefs and thus grounds for termination,” Minter said.

On their face, the litigation has nothing to do with LGBTQ workers and instead is about former teachers alleging wrongful discrimination on the basis of age and disability.

• In the Our Lady of Guadalupe School case, the Hermosa Beach, Calif.-based school refused to renew the contract of Agnes Morrissey-Berru, a fifth-grade and sixth-grade teacher, who’s now alleging age discrimination under the Age Discrimination Employment Act. The school has said it refused to renew her contract because she didn’t fulfill her cathecist certification requirement. That was established in 2012, years after Morrissey-Berru was first hired in 1999.

After filing a complaint with U.S. Equal Employment Opportunity Commission in 2015, Morrissey-Berru sued in district court. The judge, however, determined her claim was barred under the ministerial exemption and granted summary judgment in favor of Our Lady. A panel on the U.S. Ninth Circuit Court of Appeals reversed the ruling, which led the school to file a petition for certiorari before the Supreme Court.

• In the St. James School case, the Torrence, Calif.-based school refused to renew the contract of Kristen Biel after she disclosed she had breast cancer. (She is now deceased and is represented by Darryl Biel.) The school declined to renew Kristen Biel’s contract after telling her she would be unable to keep her job because she couldn’t maintain order in her classroom.

The EEOC granted Biel a right-to-sue letter in 2015. However, a trial court ruled she was serving in a ministerial position, thus the school was in its right to terminate her. A divided panel on the Ninth Circuit reversed the decision, prompting the school to file a petition for certiorari before the Supreme Court.

The Becket Fund for Religious Liberty, the same non-profit behind high-profile litigation that sought exemptions under the Affordable Care Act before the Supreme Court in the Hobby Lobby and Little Sisters of the Poor cases, is behind both lawsuits.

“Parents trust Catholic schools to assist them in one of their most important duties: Forming the faith of their children,” said Montserrat Alvarado, executive director at Becket. “If courts can second-guess a Catholic school’s judgment about who should teach religious beliefs to fifth graders, then neither Catholics nor any other religious group can be confident in their ability to convey the faith to the next generation.”

Although the Supreme Court has previously ruled religious institutions under the ministerial exemption are absolutely free to hire and fire whomever they want as ministers, it has not specified what position, exactly, is a “minister.”

The decision in these cases will determine whether the jobs at stake in the lawsuits — teaching positions at parochial schools — qualify as ministers. As such, the ruling could impact whether gay teachers have a legal right to sue a Catholic school if they’re terminated for entering into a same-sex marriage, or transgender teachers if they’re fired for undergoing a gender transition.

It’s true LGBTQ people, as of now, have extremely limited explicit non-discrimination protections under federal law, and none in the workforce, but the EEOC has been accepting charges from LGBTQ workers alleging discrimination, and the entire situation could change soon.

It’s possible the Supreme Court could rule for LGBTQ inclusion under Title VII, then essentially undercut that decision by determining in the Catholic school cases the ministerial exemption enables religious institutions to engage in anti-LGBTQ discrimination under federal law for an array of positions, including teachers.

If, on the other hand, the Supreme Court ends up ruling against LGBTQ inclusion, Title VII would end up providing no protections whatsoever for LGBTQ workers, making a ruling for an expanded ministerial exemption under Title VII irrelevant for LGBTQ workers in terms of federal law.

Nonetheless, such an outcome would still undercut employment protections for LGBTQ people as they exist under state laws and local ordinances. Twenty-one states explicitly ban discrimination against LGBTQ people in the workforce, and numerous municipalities prohibit anti-LGBTQ bias.

Jon Davidson, chief counsel for Freedom for All Americans, said a ruling for the schools would allow for a “greatly expanded exemption” under all non-discrimination measures — and not just laws barring discrimination against LGBTQ people.

The next step in the case is for the scheduling of briefings and oral arguments. Although the Supreme Court elected to take up the litigation half-way through its term, it may well render the decision before the term ends in June 2020.

Chris Johnson is Chief Political & White House Reporter for the Washington Blade. Johnson attends the daily White House press briefings and is a member of the White House Correspondents’ Association.