Reassembling pieces of the past 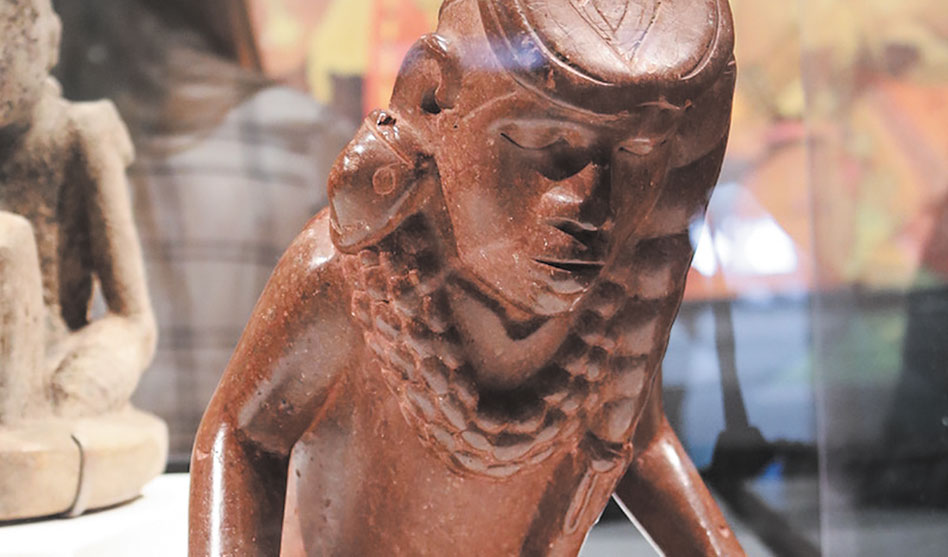 Morning Star the god of war

Sometimes you know about art you’ve never seen. If you love Mayan, Incan and Aztec culture and haven’t visited the National Museum of Anthropology in Mexico City or the ruins at Chichen Itza, heading to either has to be on your bucket list. Visiting either is an expected joy.

But discovering something you didn’t know existed is quite a different pleasure. The Mississippian cultures — which include the Caddo, Wichita and other tribes — had societies as developed and sophisticated as those in Mesoamerica. 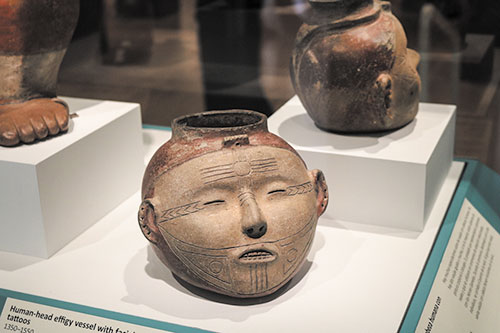 And among the local settlements were ones as close to North Texas as Oklahoma.

On exhibit at the Dallas Museum of Art are almost 200 pieces of work from Spiro in eastern Oklahoma. Some of the pottery is 1,000 years old, while some of the work was created by modern-day descendants.

In the 1930s, the archaeological site at Spiro was discovered — and looted. Objects taken from the site were put on the market and today are found in collections around the world. Organized by the National Cowboy & Western Heritage Museum in Oklahoma City, Spirit Lodge: Mississippian Art from Spiro is the first exhibition to gather pieces taken from the Oklahoma site and later found in collections as far away as the Louvre in France.

The earthenware objects exist because around the year 1400 a climate change event was taking place. Thousands of objects were gathered from settlements throughout the Mississippian world, that stretched from what is now Oklahoma to Florida, and buried as an offering in a hollow chamber called the Spirit Lodge. Despite the offering, the extreme weather conditions lasted until 1650. causing the collapse of the Mississippian culture.

The pottery on display includes portraits of people, deities and animals. The variety demonstrates the complexity of Mississippian society.

So, with so many objects having survived, why don’t we have a broader knowledge of these civilizations? According to the DMA’s Dr. Michelle Rich, there’s little or no archaeological evidence of the settlements because these tribes constructed their homes and other buildings with mud rather than stone, as did the cultures in Mexico and Central America.

One interesting feature of the exhibit is a reproduction of an article in the Kansas City Star that described the discovery of at Spiro in the 1930s, comparing it to the unearthing of King Tut’s tomb.

Ceramics seen in the exhibit are among the looted items because they were perceived to have value on the art markets.

The looters tossed textiles, shards of pottery, baskets and other items that would have added to the story of these indigenous peoples.

Because of the way Spiro was looted, we’ll never know the extent of what was lost, but this exhibit is a first attempt at putting the pieces back together.

Spirit Lodge: Mississippian Art from Spiro remains on exhibit in the Hoffman Galleries at the Dallas Museum of Art through Aug. 7. Admission is free.