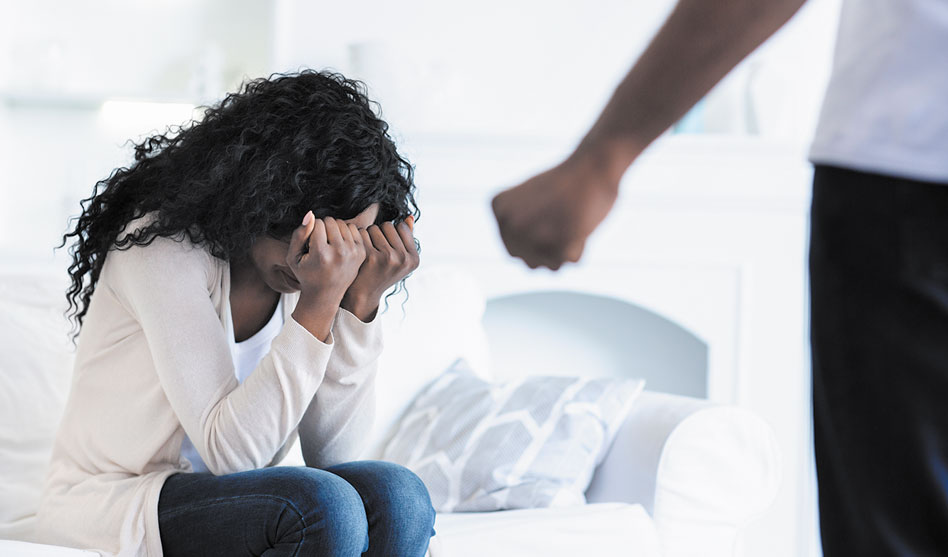 The scene was simple: I was walking with a boyfriend when he pushed me up against the wall. It was broad daylight, but just like in reality, it happened out of the public’s view, this time in an alleyway.

He wanted more than I wanted to give. I said no, but that didn’t stop him from continuing to try.

When he didn’t get what he wanted, it escalated, first to a slap in the face, and when I fought back, it became a hand around my throat. Then a second hand. Next thing I knew I was fighting for my life.
This was only a scene in a movie. But the reality is that this — or some version of this — is played out everyday in violence against women.

I use Meisner Technique in acting, where you immerse yourself in the scene and live the experience that is in front of you. After a week of living this experience of a boyfriend or someone close to me killing me, my mind began to race. I started to think about someone killing a woman they like or, at least, have the hots for, and my mind was blown.

Nearly half of all murdered women are killed by romantic partners. Think about that! More than half of the killings of American women are related to intimate partner violence, with the vast majority of the victims dying at the hands of a current or former romantic partner, according to a new report released by the Centers for Disease Control and Prevention.

The CDC analyzed the murders of women in 18 states between 2003 and 2014, finding a total of 10,018 deaths. Of those, 55 percent were intimate partner violence-related, meaning they occurred at the hands of a former or current partner or the partner’s family or friends. In 93 percent of those cases, the culprit was a current or former romantic partner.

Yet the media has us more worried about the stranger at night more than the violent lover in front of us.

Domestic violence affects people of all backgrounds and genders, but research indicates that transgender people are at much higher risk for violence from intimate partners. In fact, a 2015 study by UCLA’s Williams Institute on Sexual Orientation and Gender Identity Law found that 31-50 percent of transgender people have experienced dating violence at some point in their lives, compared to 28-33 percent of the general population.

I am glad my dating days are over.

till, most people fear the night and total strangers more than those close to them. The reality is that most females — both cis and trans — are killed by people they know and have an intimate relationship with. And when it comes to romantic relationships and transgender woman, many trans women are killed because their male partner is singled out by someone for dating a transgender woman.

Nearly half of all transgender woman experience violence in their lives. And people wonder why 46 percent of all transgender woman attempt suicide? It’s simple: When you are scorned like that, it is easy to not want to be here at all. Transgender murders have been up over the last several years. We are a small percentage of the population, and yet we are a big percentage of those faced with violence and homicide.

As I continue my journey into living as a woman, I am learning so much. I love being treated as a female. One of the biggest things I have learned is that I didn’t know what it’s like to feel like a female when you really feel vulnerable.

I had my first taste of this the other night. When I got off the movie set at 3 a.m., about 100 miles from home, I realized I was hungry. I saw a Waffle House, so I decided to stop and grab a bite. I had done this thousands of times as a guy and never once in those times did I think twice about it. When I worked as a medic for Grady hospital in downtown Atlanta, we regularly visited Waffle House at 3 a.m., and I was never concerned for my safety.

But this time was different. When I pulled in, there was a group of five or six guys in the parking lot.

As I parked, I became very self-aware of my vulnerability. I remember asking myself if should I stay or just leave.

This was the first time that I really felt vulnerable as a woman. Unfortunately, it likely won’t be the last. And the further my transition goes, the more I can begin to understand the life of the American female. And it’s certainly not all glamour and makeup.