‘Raya and the Last Dragon’ — Does love really win? 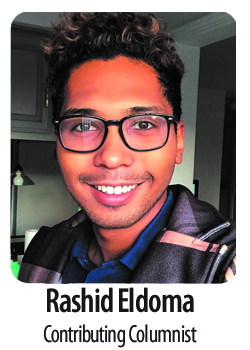 Disney did it again. They created a queer story more explicit than the last in their newest film Raya and the Last Dragon.

The Southeast Asian influence in the film is compelling following the zeitgeist of Crazy Rich Asians, and the sleeping dragon of the East finally is awakening to its economic potential. This film balances all this while meditating class, human nature and the trauma of orphaned children. These factors culminate into a painstakingly and impeccably crafted film, tailor-made for critical acclaim.

What, then, could I possibly complain about?

The answer lies in the thesis of the film: After the fall of man, humankind’s distrust of each other has led the world into chaos, and only love can bring us together and conquer all.

What a cop out.

To its credit, Wonder Woman pitted the same ideas against each other, concluding that evil lay in the heart of man. Raya asserts the same thing but leaves no room for ambiguity, tying it all up with a trademark Disney ending. The journey up until that point, however, is still worth the ride.

The beginning of Raya is the loss of innocence: Raya loses her father immediately after she is betrayed by her first girlfriend, Namaari, from the nearby nation of Fang, voiced by Gemma Chan. Raya and Namaari connect over having single parents and through their love of dragons, historical and imaginary. Imaginary dragons soon give way to human reality; in their case, Namaari’s betrayal causes a restructuring of society, a further venture east of Eden.

Dragons represent the goodness of humanity, the ideal of innocence — in short, dragons represent love. The film explicitly states that through the character of Sisu, the eponymous Last Dragon, played with comedic conviction by Awkwafina.

Sisu is too trusting, easily conned and in need of Raya’s protection. Sisu functions as a martyr, slain to deceive the audience that things might not, in fact, end happily in this story, bridging Raya and Namaari from their initial connection to its final iteration. Sisu forces them to hearken back to the past when animosities had not hardened, and two girls from different nations could come together and make that crucial first contact.

“It isn’t so far away,” Sisu asserts. Dragons are a dreampolitik in a world still reeling from the fall of man.
Eden in this world is Kumandra, a continent loosely based on Southeast Asia. It was once whole, in a time when dragons roamed alongside humankind. When the dragons sacrificed themselves to the imprison the Druun, shadow creatures that petrify mankind, the continent fractured into five nations: Fang, Heart, Spine, Talon and Tail.

Initially Heart, Raya’s homeland, housed the Dragonstone — containing the final remnant of dragon magic — until Namaari betrays Raya’s trust, tries to steal the stone and incites its shattering, followed by a scramble for nations to collect the stone’s fragments, the release of the Druun back into the world and increasingly nationalistic international relations amidst a global “pandemic” — if you consider petrification allegorical of disease.

Fang obtains the largest fragment of the Dragonstone, and their kingdom prospers.

Fang builds a city on water, the Druun’s only weakness. It is a kind of overground Atlantis. Their monarch Virana, voiced by Sandra Oh, speaks in reverential tones about infrastructure made possible through the ingenuity of their people, but does not address the luck of natural geography. They speculate on other nations’ envy, even going as far as to teach it to children as state propaganda. Theirs is the only nation to go without Druun casualties — a model nation for model citizens; a mythical, fantastical Levittown, but just as exclusive.

Other nations are terrorized by the Druun, which ravage Heart and Spine nearly totally and separate parents from their children in Tail and Talon. The reality of life in Kumandra, outside of Fang, is one of privation and loss.

The only nation spared is Fang. Their privilege is undeniable but it is a subversive one: Fang is a matriarchal monarchy, clothing their propaganda with gentle voices and cute undercuts.

It would have been a more interesting film if Fang were more overtly sinister, proudly nationalistic in its ambition. As the film stands, Fang also remains unexplored.

Disney’s recent material has flirted with controversial topics without ever consummating the relationship. The company never lingers too long in the discomfort — waning, waxing, returning to comfortable well-trod shores. The same holds true for Raya, whose exploration of class, nationalism and human nature ends with Code-era film convention. Ending in what, exactly? Annexation into the larger nation-state Kumandra.

Parents reunite with their children. Dragons frolic around, bringing rain and abundance. All is well. Queerness is left coded. Love won out, and love is the salve that can fix all the world’s ailments, the film asserts, shrugging away any meaningful conversation about inequality, queerness and trauma of loss, lulling the child into a dreampolitik as fantastical as dragons.

Rashid Eldoma is an educator in Arlington. Born in the Philippines, he immigrated to the U.S. at 12, mirroring the synthesis of East and West in the Southeast Asian-inspired Raya and the Last Dragon. He studied theater in college, giving him an interest in the art of narrative storytelling and the meaning hidden in the screenplay.