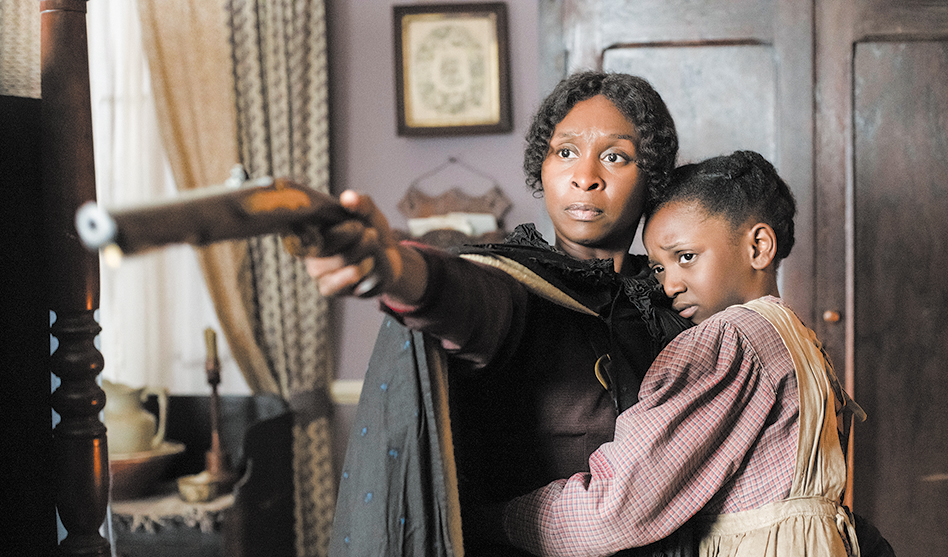 By resorting to fictionalization and melodrama, ‘Harriet’ turns what should have been a powerful biopic into a sanctimonious snore

“Negroes for sale.” The very phrase shocks the conscience. The fact mankind has enslaved others does little to diminish the horrors of having it as part of our still-recent past. Slavery, in other words, needs little embellishment to strike disgust in our hearts and minds. Res ispa loquitur: The thing speaks for itself.

The same could be said of the efforts of Harriet Tubman — an escaped slave who eventually “conducted” 70 others to freedom along the Underground Railroad (a system of abolition-friendly homes and routes from south of the Mason-Dixon Line to as far north as Canada). She earned her title as the American Moses, no question. Her bravery and determination before the Civil War, and then during it when leading a raid along the Combahee River in South Carolina that liberated 700-plus slaves, are the stuff of legend.

These two facts conspire unexpectedly to make the new biopic Harriet one of the most infuriating cinematic misfires of recent vintage. Tubman’s achievements need no dramatic ornamentation, just as slavery and the treatment of blacks are revolting sans adornment. But director/co-writer Kasi Lemmons apparently won’t let the facts satisfy her audience; she adds so much melodramatic clutter and banal clichés, Harriet quickly devolves into a self-indulgent mess, the kind of biopic Hollywood screwed up in its early days by sanitizing and dumbing down.

My animosity against Harriet arose like a slow boil. At first, I more or less accepted the lazy tropes (the bathing scene, where we silently witness the scarred flesh from mistreatment; the unfair dehumanizing of black folks by their white overlords) as the foundational necessities as exposition. But the telescoping of plot, the shorthands that ignore and even rewrite key facts and the sometimes comical gimmick of Tubman’s epileptic seizure as a kind of divine second sight (but playing more like “Spidey sense”), build up like tooth plaque, dulling and deadening the real story of Tubman’s life. The screenplay feels like it was written by a sophomore at a small liberal arts college desperate to get an A by kissing up to the professor’s sense of indignation; it is among the most inept of any “serious” films I’ve seen in a decade.

Again, the travesty is that Harriet’s life was so significant… although in Lemmons’ telling, she was all but solitary in her efforts, while also not given credit for some accomplishments. For instance, the film entirely omits Tubman’s support for the violent overthrow attempted by John Brown’s raid on Harpers Ferry, and only skirts by in the closing seconds to her leadership in Combahee; meanwhile, it sets up a Valjean/Javert-like cat-and-mouse game between Harriet (Cynthia Erivo) and her former owner Gideon Brodess (Joe Alwyn, who all but twirls his moustache while tying damsels to train tracks). Their final confrontation is outright laughable to the point of angering in its smug moralizing. (The film clearly has a point of view about the role of spirituality, which may resonate with some fundamental Christian audiences, but makes for quite feeble drama for the rest of us.) The cinematography (by John Toll) has moments of intense beauty, but you cannot get away from how small the film feels.

Virtually nobody in the cast emerges unscathed. Erivo has been doing a bang-up job recently in films like Widows and Bad Times at the El Royale, but here she plays too big, especially in the seizures that arrive like deus-ex-machinas. Likewise, Janelle Monae has done gangbusters in films like Moonlight and Hidden Figures, but here she’s simply too modern and artificial to do anything but pull us out of the moment. The sole bright spots are small roles by Henry Hunter Hall (Lemmons’ son) as a kind of swamp fox scout who has a Saul-on-the-road-to-Damascus-esque conversion as one of Harriet’s lieutenants; and Zachary Momoh as Harriet’s husband. Their commitment smoothes over the wrinkles of plot and tone when they are onscreen, but alas, that’s not for long. Instead, we’re left with long stretches of sanctimonious hoo-haw. Harriet Tubman deserves a movie about her life much better than this one.