Racism in the Design District 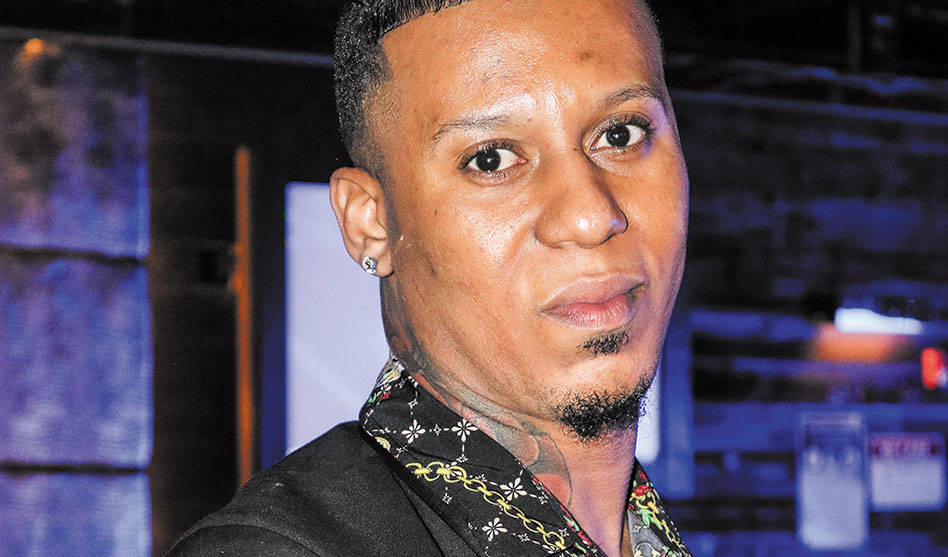 Shoncy Raspberry knew that the bar he owned in northwest Dallas wasn’t going to draw the crowds and see the success he wanted. So he started looking for a space closer to the traditional gayborhood. That’s when he found the building at 111 Oak Lawn, less than a block from the Trinity River levee in the Design District.

The street was mostly lined with rundown old warehouses, but Raspberry saw potential. So he rented the building and set out to turn it into an LGBTQ hot spot.

But when some neighbors heard that a gay club — no, a Black-owned gay club — was coming to the neighborhood, they formed the Design District Defenders, and set out to, among other things, rezone the street. They also called code enforcement on Raspberry 128 times while he was getting his club ready to go.

Raspberry said he had to endure having racial and anti-gay epithets spewed at him. And he was handed petitions aimed at keeping him out of the neighborhood. Some of those petitions came from people living in the warehouses on the street — a street not zoned residential — and some from “concerned” business owners in the area.

The Design District Defenders set up a website that included a fundraising effort that warned, “Over the past several months, a handful of our neighbors have taken it upon themselves to combat the intrusion of negative elements seeking to lay their stake in our community.”

Raspberry isn’t named specifically on the website. But the timing of the statement and the threats he’d already had directed at him made it crystal clear that he and his club were the so-called “negative elements” the Defenders were talking about.

“The monies collected will go toward paying attorney fees, marketing fees, filing fees or promotions necessary to combat unwanted or negative influences in the District,” the Defenders begged. “While we welcome diversity and strive to be inclusive, we will also fight vigorously to protect our investments and our image.”

What did they mean by protecting their investments and image? Raspberry said he was told point blank, by people representing themselves as the Design District Defenders, that they didn’t want Black people or gay people on their block — only they used words other than “Black” and “gay.”

And for awhile, the people defending the rundown warehouses were successful in their efforts to keep Raspberry from opening his club. His interim certificate of occupancy was revoked, delaying the opening he had planned. Although he first rented the space in April 2019 and had hoped to open later that year, Raspberry’s Area 111 didn’t actually open until December 2020.

Still, Raspberry continued to work on the building. He built out most of the interior — including booths and tables, stage and bars — himself. Not only did he build a dazzling interior, he improved the exterior of the building so that it became the one and only shining star on an otherwise drab and deteriorating street.

And each time the Defenders threw something at him, he more than compensated.

Parking would certainly be an issue, the Defenders thought; after all, the city required Raspberry to provide 105 parking spaces. But when his neighbors next door and directly across the street saw how the exterior of his building had improved, they were happy to lease him parking spaces. Those leased spaces, combined with those on his own property, totaled 108, exceeding the city requirement.

The Defenders claimed they didn’t want the noise of an entertainment venue in their neighborhood. But they welcomed Mark Cuban and Live Nation’s much louder music venue into the Design District.

Some businesses in the Design District didn’t feel they needed to be “defended,” and they signed on to support Area 111. The new Virgin Hotel, at 1445 Turtle Creek Blvd., was among them.

And yet the barrage of racism and homophobia kept coming. So finally, after enduring more than a year of constant attacks, Raspberry decided to see if his city councilman could help.

And it was Councilman Omar Narvaez to the rescue.

Area 111, Narvaez said, is an amazing venue, adding that Raspberry “followed all the rules of the planned development district,” Narvaez said. “He employs 50 people every night he’s open, and he’s creating tax revenue for the city.”

The councilman downplayed his role in getting the venue open, saying that what he did was direct Raspberry to the right city staff for permitting and getting his certificate of occupancy. “I just made sure he got the same shot as anyone else,” Narvaez explained.
Narvaez said there was nothing for the council to vote on in relation to Area 111 because Raspberry’s business was within all the rules and zoning requirements. As for the neighbors — the ones living on the block in some of the warehouse buildings who made a point of spewing homophobic and racist hate at Raspberry — it’s questionable whether they should be living in those buildings. The street is not zoned as residential.

Narvaez said he heard from the Design District Defenders before the venue opened, but since its opening, his office has gotten no complaints about it.

The Area 111 Cast
Drag shows are a staple at Area 111, and show director Shemar Dupree said he works to make sure the entertainment is top notch. He said he is proud of his cast but admits, “The first rehearsals weren’t good.”

Still, each time the bar hit another roadblock, Dupree just worked harder to make the show better. He changed the costumes and the music, worked on the dancing and movements. He wants, he said, to offer the best possible show — from the first entrance to last exit — on opening night.

Ra’Maya Lord, who has been doing drag for 17 years and has performed at the Round-Up and S4, is one of the cast members. She said she started in Tyler as a male stripper, and then one night donned drag to perform in a turnabout show. After that, she said, “I put away my boxer briefs and gained a pair of breasts.”

Lord participated in the Wanda Show, was a box boy at S4 and performed in I Can’t Believe I’m in Drag” at the Metro downtown. In 2017, she competed in Miss Gay USofA at Large and won the interview portion. 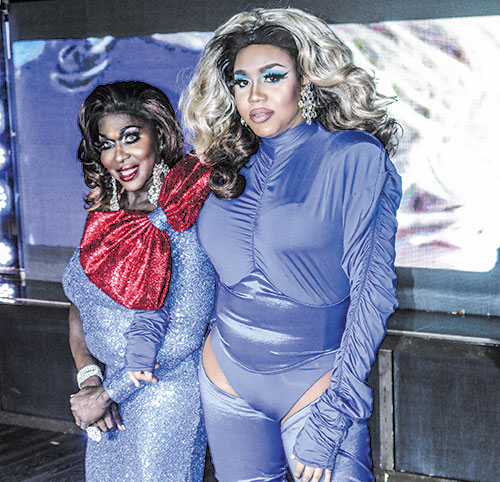 Outside of her club life, Lord has a career as a human resources manager in retail that began 18 years ago at JC Penney. It takes a healthy dose of responsibility and real dedication to balance both lives, she said.

Cast member Giselle started doing drag seven years ago in Alexandria, La. “A queen approached me and said, ‘You need to put on a wig,’” she recalled. “Ever since, I can be whoever I want to be.”

Giselle called drag fantasy, but stressed that doing good drag takes imagination. She’s performed in bars on Cedar Springs, in Arlington, Fort Worth and Houston, but hasn’t been back to Louisiana since moving to Dallas. “Texas is keeping me busy,” she said.

Giselle said that for her, it is the energy and the atmosphere of Area 111 that sets the club apart. “I’m the girl no one knows,” she said, noting that she holds the title of Miss Dallas USofA Newcomer.

Ariel O’hara Munro has been doing drag 10 years and is the founder and owner of Amazing Designs. She has designed dresses for Tamia, Tyra Banks, Ts Madison and a number of the RuPaul girls, she said, “And I create and design my own looks.”

In addition to performing on Cedar Springs, Munro has done drag brunch at Hooters.
Ashante de Fox calls herself the group’s auntie. She’s been doing drag since 1983 and “worked with Tasha Kohl and Naomi Sims at the Old Plantation,” she said. “I’ve been doing drag for more than 37 years.”

Ashante is from Wichita Falls, and that is where she first became infatuated with drag. Over the years, she’s won 31 pageants, including Miss Gay U.S. Icon, Miss Black Continental and Miss Utopia.

Gaining attention
The crowds at Area 111 have been growing steadily, and the bar is attracting a diverse crowd, Dupree said. “Customers come in and are surprised,” said. “This is what LGBTQ+ is supposed to look like.”

Dallas Mayor Eric Johnson and Mayor Pro Tem Adam Medrano have both been to the bar and loved it.

Raspberry said although Area 111 is in an industrial district, several of the buildings on the block have residents. Out of respect to those living in a few of the warehouses, he tries to stagger customers leaving, having them wait for the valet inside at closing time with only small groups going to their cars at one time.

Although some neighbors still don’t want him there, Raspberry said, he’s determined to be a good neighbor.