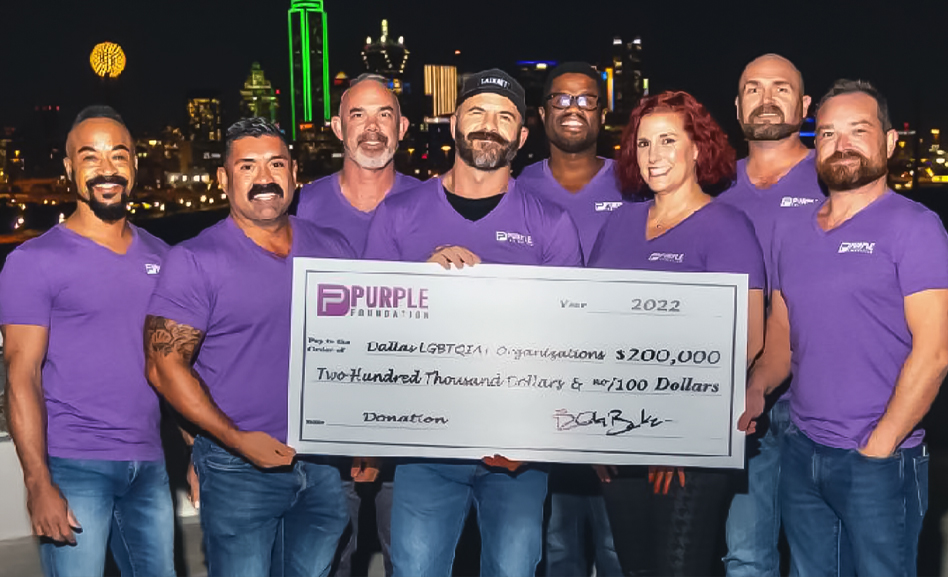 Purple Foundation Inc. on Nov. 19 announced its largest donation in a single year — a total of $200,000 to its three beneficiaries, Resource Center, AIDS Services of Dallas and Legacy Cares.

Purple Foundation President Blake Baker noted that is total is a $50,000 increase over the foundation’s previous largest donation made in 2019.

Baker said Resource Center is the organization’s primary beneficiary, a change suggested by Baker and made in 2021 when the organization returned with an updated mission to support more of the LGBTQ community.

“In late 2021, we made several updates, including adding several new board members and shifting my role to a full-time position,” Baker, who had been president before and who returned in 2021, explained. “We basically rebuilt the organization from the ground up.

“These changes were instrumental in our huge success this year, and it’s made all the difference in the world. We are now a focused, efficient and motivated team ready to take Purple to the next level, and I believe it shows in everything we do,” he said.

Purple Foundation divides its donations between Resource Center, AIDS Services of Dallas and Legacy Cares, and while the foundation designates each donation for targeted uses, how the beneficiaries actually allocate the funds is up to them, Baker said.

He said about half of the donations go towards event sponsorships, like ASD’s No Tie Dinner and Resource Center’s Toast to Life, events for which Purple Foundation is a presenting sponsor.